Simply looking at the 70 percent approval numbers for the first term would not reveal the full picture as to Christie’s legacy in New Jersey. Christie would leave office with an abysmal approval rating of just 16 percent. The state dropped to the second worst credit rating in the country, failed to fund its public schools and shifted away from a green economy back to fossil fuels.

Marylanders should look to New Jersey for a lesson in how a second term Republican governor with an eye for the presidency will impact their state. Governor Larry Hogan has systematically tried to privatize Maryland public schools while failing to fund our public schools to the tune of $2.9 billion a year. Hogan’s efforts to dismantle public education have caused Maryland public schools to continuously fall behind in national rankings. Maryland students cannot tolerate a second term of continued attacks on the great economic equalizer of education.

Hogan has struck a similar tune to Christie when it comes to fossil fuels as well. Christie took New Jersey out of the Regional Greenhouse Gas Initiative, a successful program which created over 30,000 jobs, reduced average utility bills and increased revenues by almost $3 billion.

Hogan has failed to push Maryland towards a green economy, even taking active steps to drive Maryland away from clean energy solutions. He cancelled plans for the Red Line, a project that would have lightened traffic and reduced car emissions. Despite claiming to support green energy, Hogan vetoed the Clean Energy Jobs Act of 2016 which would have encouraged a greater use of renewable energy sources and created thousands of high paying green jobs building the necessary infrastructure. Fortunately, the Democratic legislature overrode Hogan’s veto. To make matters worse, Hogan has supported the fossil fuel industry by approving projects such as the Potomac Pipeline to increase the presence of dangerous fossil fuels in Maryland.

Marylanders need to learn from the mistakes of New Jersey by choosing not to give Hogan a second term. With his eyes on the presidency and no future elections in Maryland, a second term Hogan will be unrestrained to enact his dangerous conservative agenda on our great state.

Marylanders should elect a governor who will provide true leadership towards progress. Ben Jealous has an incredible vision to make Maryland a state that can lead the country again, including policies to transform Maryland into a green economy with high paying jobs, affordable healthcare solutions for all Marylanders and support for Maryland’s public schools. Jealous will be a governor who leads Maryland from the middle of the pack to leading the nation. 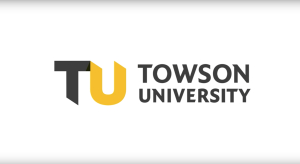