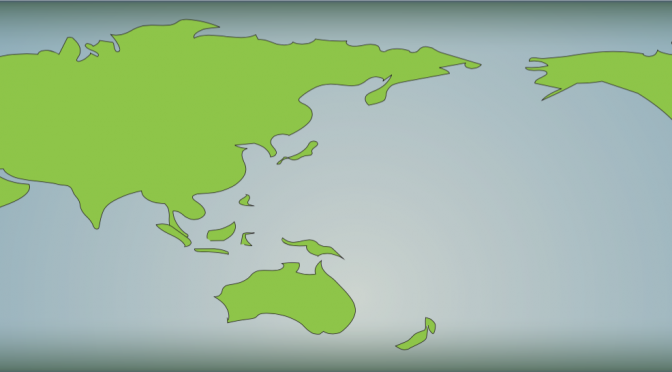 I hope this letter finds you all well, even if you’re super stressed about finals. It seems like this semester has been an all-around crazy one back in the states, with all of the political debates and movements that have been going on across the country.  It’s been such a strange feeling, watching it all happen from across an ocean.

For my first couple months as the only American studying in Avignon (in the south of France), everyone – from French classmates to the other international students and even the professors – acted as if the United States was the center of the world, and watched along with me.  And I guess in a way it was, with all the news centering on the elections and student protests, but the night of Nov. 13 flipped that around completely. That day, my university organized a trip for us to visit other French and international students in Nice. As we left dinner, we heard that there had been an attack in Paris that left 18 dead. We were all sad, but the night continued as planned with all of us thinking that was the end of it. When we got back to the hostel at 1 a.m., we learned the extent of the attacks, and followed the news until we fell asleep in shocked silence at 3 a.m.

The next day, they had the news on at breakfast. We ate in silence, with people bursting out in tears or sobbing to themselves quietly. I thought I could keep it together (I had cried the night before), but as I scrolled through Facebook and saw all of the posts about French support after 9/11, and how America was ready to return that favor, I broke down. I Now, after four months and over 4000 miles away and friends in 14 different countries, the world feels a lot smaller. People in Paris that night died doing things that I have come to love and identify with, things I do every day, the things that the rest of the world associates with the French “joie de vivre” – joy of living.

That Saturday, we were sitting a café nearly identical to the one attacked the night before, drinking espressos and watching the world carry on as usual. At noon, we heard what sounded like a gunshot go off. In that split second, I immediately tried to figure out the best strategy to keep both my friends and I safe from what we were sure was another attack. The people I was with went completely pale and froze. We found out from a group of older women next to us that because it’s a coastal town, there’s a navy cannon shot of at noon every day. My friends later told me they thought they were going to die that day.

Why did I feel like I knew what to do? I asked myself that question at least a hundred times. I’ve never been anywhere near a terrorist attack or mass shooting, but I grew up 30 minutes from Washington and we had active shooter practice drills from the time we were five years old. Apparently, I found out, that isn’t the norm for anyone else. With the world’s eyes turned toward France, I felt like I was gaining a new perspective on both of the countries I call home. At 20 years old, I feel like I have to know what to do when a mass shooter attacks, something none of my friends here have ever thought about, and I didn’t realize how sad that was until I was forced to recognize it in myself.

Three weeks later, we still get our bags searched before we enter university, but life carries on as usual. We kiss everyone, we drink coffee and eat pastries in town squares and we eat dinner outside at 11 p.m. with friends. Nobody is going to stop anyone from enjoying France, and our joy of living here.

I just got back from Edinburgh, Scotland and was one of the unfortunate people who got caught in the rain that hit a majority of the UK this weekend. I’m writing to you all from a lovely little city in the UK called Leeds.  Like most cities I’ve visited here, there’s a lot of history and a lot of layers to uncover and discover as an international student. I found the most exciting part of being in the UK is that I’m finally amongst some of my favorite creative inspirations, from literature, to art, to architecture, to music and just about everything in between.

For a while now, I have felt like we are limited in our education in the States, we can really only afford to read the textbooks and process images or photographs we see, and it’s hard to visualize the context. While here, I have finally been able to make the textbooks come alive. I can go to galleries and see the paintings from my art history classes or I can go to physical location of where J.K Rowling wrote “Harry Potter,” and where Jane Austen wrote “Pride and Prejudice.” I can also go to the places that the characters visited.

The main reason that this is so incredible is that I have never been this far abroad on my own. It is liberating to do a lot of these things by myself. Yes, I do travel with other people, but I often find that I break apart for a bit and that’s when I stumble upon things and I get most excited.

It’s also been quite strange to be an American in Britain and trying to hold on to my “American” heritage while also embracing the British culture. For the most part, both countries are similar but there a few things that pop up every now and again that are different. For instance, slang. Seeing as I’m in Leeds, it’s hard to get a sense of what it means to be a local Leeds-person and what that experience is like, since on the whole, Leeds is more of a visiting city rather than one that is inhabited with a collective culture. And so, when one British person says one slang term to another, if they aren’t from the same place they may have already insulted the person.

Another example of two varying cultures is something we are presently familiarly with, and that’s Thanksgiving. The funny thing is, what we call Thanksgiving dinner is just “Afternoon Tea” to the Brits. I find this terribly ironic because it’s the Pilgrims who first celebrated Thanksgiving and they decided to make Sunday Tea for their meal.

Today, obviously, we make this meal under the notion of giving thanks for our friends, family, school, etc. once a year, but the British make this meal pretty much every Sunday.

This year I celebrated Thanksgiving with two other American girls, as well as other international students. Trying to explain this concept to them was a little challenging, especially when we decided to go around the table and say what we are thankful for, they were at a loss for words.

I know right now I am thankful for a roof over my head, my incredibly supportive family and friends, and I am eternally grateful for this opportunity that I have to be abroad in another country. How many people can say that? As part of their undergrad they decided to go on an adventure.

Anyway, hope all is well in beautiful Baltimore. Good luck with finals, see you when I see you.

I’ve spent the past semester talking all about my trips and giving advice for what you should do when abroad. Now I want to talk a little bit about how this experience has changed me as a person, and can hopefully change you too, if you make the decision to study abroad.

Starting out, I had no idea what to expect. I did not know when I arrived what classes I would be taking, who I would meet, or even how to get from my host family’s apartment to the metro.

Study abroad has taught me that although you may sometimes feel like you’re flying blind, there’s always time to step back and appreciate the adventure that surrounds you.

Spain is amazing and if you study abroad, I recommend you at least take a weekend to come here. The best Spanish foods are paella (seafood and rice), huevos rotos (fried eggs and ham over French fries), fuet (like beef jerky, only awesome), croquetas (fried mashed potatoes with ham), bread (yes the bread is different here), and churros con chocolate.

The Palacio Real de Madrid is one of my favorite palaces out of the 20 I’ve seen this year, and Parque Retiro will forever be one of my places to go when I need to escape homework for a while.

Studying abroad has taught me two very important things: I’ve learned to plan weekend trips to other countries well in advance, and how to pack for said trips in less than 30 minutes. I’ve learned that forgetting things when packing is not the end of the world as long as you have your passport and boarding pass.

On the other hand, I’ve also learned to be spontaneous. Random trips to bakeries, cafés, restaurants or bars have become quite the norm.

I planned a day trip to Toledo two days before I went and that has been one of my favorite days thus far. The weekend trips to other countries are planned after one of my friends randomly blurts out a country and I say I want to go, so we go. The best part about all of this is that you can do it too. Towson has incredible connections in the study abroad world, and not taking that opportunity is quite frankly a waste. It is a massive financial undertaking, I’m fully aware of that, as is my crying wallet.

However, the opportunities I have had to travel to Morocco, Poland, Portugal, France and Amsterdam (as well as all over Spain) have given me a new global perspective that I will carry with me for the rest of my life.

So, although study abroad may seem to have a large price tag on it, in the end, it really is priceless. To those of you who think study abroad would be fun, don’t just think about how fun it would be. Do it. The memories will last a lifetime, and your wallet will once again thrive as soon as you come home and blow away your future employer with your application. 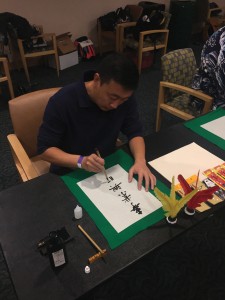