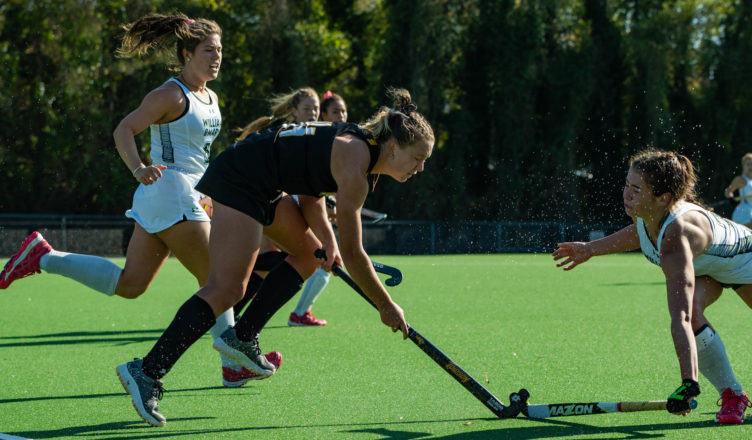 The Tigers season came to an end with home losses to James Madison and William & Mary over the weekend. In each loss, Towson (3-16, 0-6 CAA) was overwhelmed offensively, being outshot by a combined 37-5.

Despite ending the season on a four-game losing streak, head coach E.A. Jackson sees the improvement from her team continuing to develop.

“I show up every day with this team and coach Jason and what we’re striving for is continuous improvement,” she said. “ Last year the score against William and Mary was 6-0, this year 3-1.”

Against the Tribe (12-6, 5-1 CAA), the Tigers fell behind as William & Mary scored within the game’s first 90 seconds. Towson would respond as freshman attacker Georgia Beachley scored her eighth goal of the season.

Beachley’s tally is an example of a game-changing moment that Jackson wants her team to take advantage of in the future.

“Those moments can be game shifters or energy shifters if you allow them to and our team stepped up and showed resilience and didn’t hang their heads and kept fighting and they stuck to the game plan,” said Jackson.

Another one of those moments happened in the loss to the Dukes (8-10, 3-3 CAA) when freshman attack Mackenzie Tillman gave the Tigers a 1-0 lead.

Towson has a motto of “continuous growth,” which means being able to take a long hard look at yourself in the film room and acknowledging counterproductive behaviors, Jackson said.

With all that in mind and regardless of what their record says, the Tigers have consistently improved over the course of the season. There were games against La Salle and Long Island University where coach Jackson came away impressed with her athlete’s playmaking, gambling with passes they wouldn’t have earlier in the season.

Games like Maryland and American University where the ladies showed the heart and desire to win that impressed coach Jackson even more. The Tigers learned that the moment is never too big and that they can play with anyone as they fought back against premier programs like the Terrapins and Eagles.

Against Temple and Delaware the team showed that they can take criticism well and apply from the film room and apply it to the field. That team-meeting was the impetus to the first team shutout since 2011.

“It’s a step in the right direction,” said Jackson. “We can’t let another team’s energy or experience shift our objective. We need to create our own energy and not respond to somebody else’s and it took us a season but they’ve gotten there

As the season closes, the Tigers can take solace in the growth of their freshmen in the midst of being thrown in the fire in their debut season. With freshman goalie Tess Okkerse behind the net and her 116 saves and 2.99 goals allowed per game, there is proof that the Tigers can build a stellar defense around their dominant goalie.

The Tigers had a pair of freshmen on Beachley and Samantha Aljets, who lead the team with 19 (eights goals and three assists) and 20 points (seven goals and six assists), respectively.

That’s exactly why Jackson and the Tigers are excited for their first offseason workouts this coming spring. It offers a chance for the team to go from the motto of continuous growth to the whole new energy of bringing everything together and going into win-now mood, comes down to how training sessions go over the offseason.

“The really exciting thing is that this entire roster, with the exception of  [junior midfielder Nathalie Tortolerro,] who’s going to graduate early, gets to train all spring together,” she said, “This whole group, our entire starting lineup gets to show up and play again next year. So the trajectory of this team is just really exciting when you look at it on paper.”