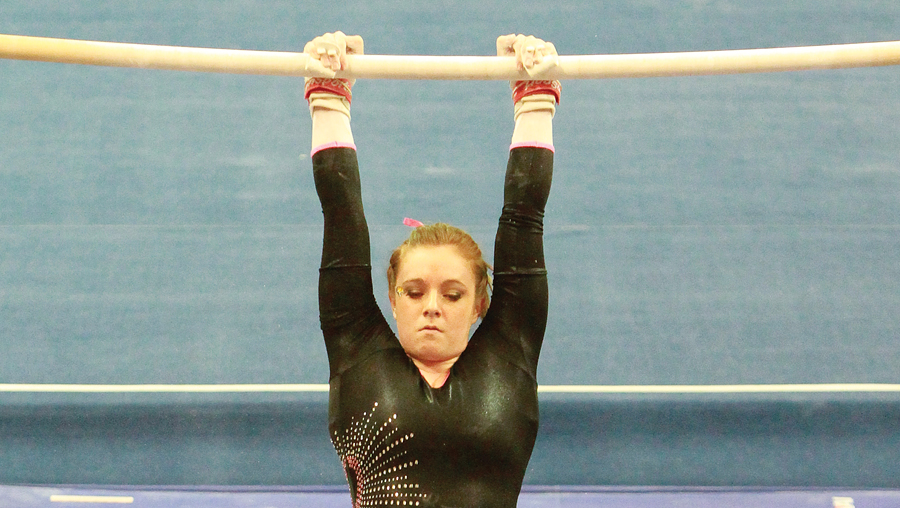 Towson claimed first place against the Penn Quakers at the annual Shelli Calloway Memorial Invitational. The Tigers hosted Penn at SECU Arena on Saturday and scored a total of 195.175 points over the Quakers, who finished with 193.775.

The team took first in three of the four events, claiming first, second and third on vault and bars.

Senior Nicolette Vignola led the Tigers on vault with 9.775, followed by junior Katie Sassa in second with a score of 9.725. Freshman Lauren Cahalan placed third with 9.650.

The Tigers continued their success on the floor exercise where McKellar and Vignola earned two career-high scores taking first and second place. McKellar scored 9.900 and Vignola followed closely with 9.875.

McKellar tied for second on the beam scored a second career-high at the meet with a 9.825 and later won the all-around competition with a combined score of 39.150.

The Tigers travel to College Park on Feb. 20 to compete in a quad meet with Maryland, William and Mary and George Washington. The meet will begin at 7 p.m.