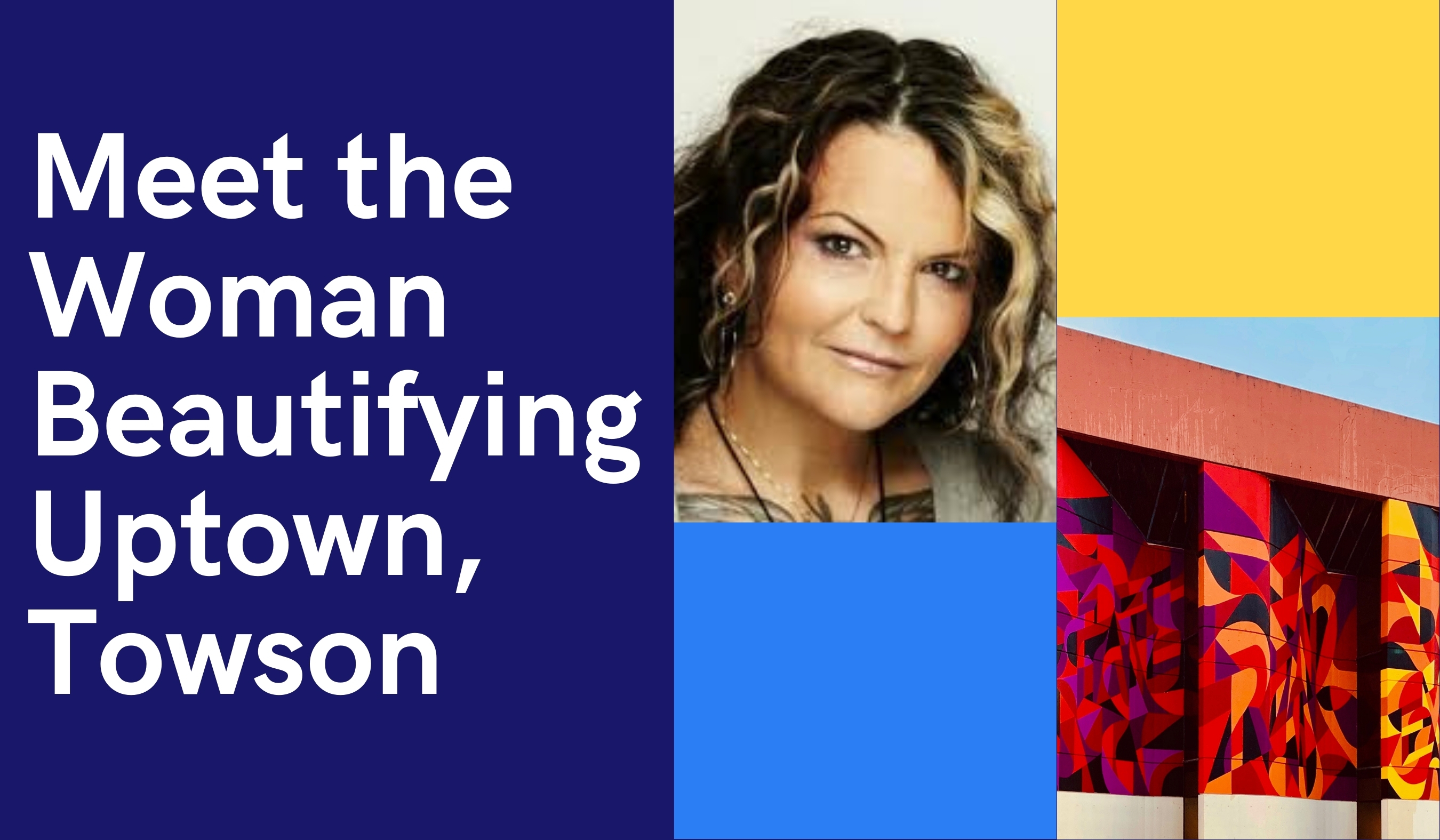 Dierdre Aikin, co-founder of the Towson Creative Partnership and Chair of the Baltimore County Arts Council, is spearheading a movement to turn Uptown, Towson into an arts district.

Towson is a dynamic Baltimore County community that is home to 55,000 residents and 5,000 businesses. Being conveniently located north from the Inner Harbor, places like Towson, before the onset of COVID-19, drew more than 56,000 workers each day from nearby neighborhoods.

Aikin is a local business-owner who opened Towson’s first-ever tattoo establishment, Triple Crown Towson Tattoo. The tattoo studio works in tandem as an art gallery, incorporating the York and Penn Fine Art Gallery, which showcases work from up-and-coming artists from the Towson area.

“My goal is to showcase young artists and artists in general, and get their work out there because it’s very hard to sell artwork,” Aikin said.

She has been a tattoo artist for 30 years, and has worked in the field for about 36 years. Coming from a family who were also in the tattoo business, Aikin has always thought of the arts as a priority for any community.

Upon earning a masters’ degree from The Maryland Institute College of Art (MICA), Aikin taught briefly as a professor for 3D Design. She describes herself as a tattooer first, also helping others to the best of her ability.

Aikin explained that one of the things she noticed during her time at MICA, was the lack of applicable skills students need to earn a living as a career artist. She wanted to promote young artists to gain experience in gallery life, which led to the opening of York and Penn Fine Art Gallery.

“Even though that might not teach them the correct way of dealing with galleries,” Aikin said. “It’ll at least give them the courage to go forward and talk to galleries and know how they need to approach them and how to curate a show, which is just as important.”

David Riley, co-founder of TCP with Aikin, worked closely with her on several arts projects in Uptown, including their most recent work on the Baltimore Public County Library.

“I was very blessed to actually drive across the United States several times the past few years and visit a lot of the creative communities in the United States whether that be Towson, Mexico, Venice Beach (California), Santa Cruz (California), Boulder (Colorado) just to name a few,” said Riley. “And so I saw the potential in the library and I pitched the idea to the chamber of commerce. And then, Dierdre used her amazing technical expertise in the art community, plus also her networks within the art community, and was able to identify artists to submit proposals, but also once the winning artist was identified she was kind of our project manager on the detail.

Aikin is also pursuing a project to paint the flower boxes in Uptown. After noticing the vandalism and destruction of the flowers and boxes, Aiken says she believes painting the boxes will encourage people to leave them alone.

“Luckily, I was able to meet some artists involved in the flower boxes and I was able to put some money in some local artists pockets during COVID-19,” Aikin said. “We’re still working on it.”

According to Michele Alexander, Marketing and Public Relations Manager for the Center for the Arts, obtaining a cultural district designation is a long process which includes a lot of community building through wayfaring signage and street cleanup. A key element in receiving an arts district designation is having an anchor art institution, like a performing arts center.

“When it comes to Towson we want to be good members of that community,” said Alexander. “And we have a responsibility to be that partner.”

Aikin looks to continue the relationship between TU students artists and students in general to increase the general excitement of living in a place like Towson. 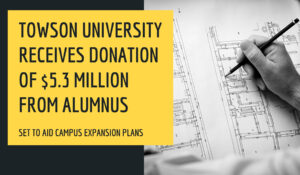 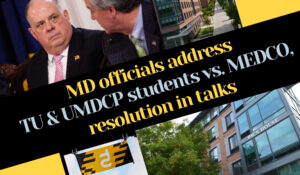