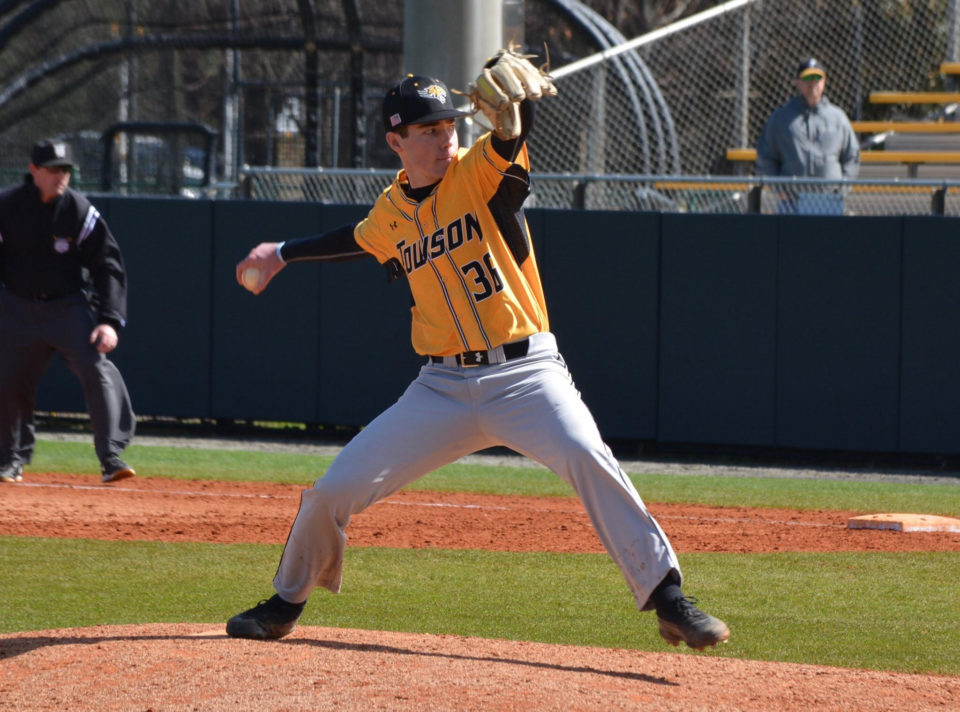 The Tigers battled weather conditions and scheduling changes over the weekend as they won the opening game of their three-game series at Kennesaw State before dropping the final two games.

The Tigers got production from junior infielder Brad Powers with two RBIs, including his second home run of the weekend.

Towson failed to capitalize on opportunities as it stranded 11 runners on base in the game and going 2-for-11 with runners in scoring position.

“You’ve got to be put in that situation if you want to succeed,” said Head Coach Matt Tyner. “We don’t necessarily need big hits, we just can’t have strikeouts with a runner on third and less than two outs.”

Redshirt sophomore pitcher Kody Reeser was chased from the game after the Owls peppered him for six runs in the second inning, giving them a lead they would never relinquish, taking the rubber match by a final of 11-5.

“He’s gotta understand that he can start trusting his stuff,” Tyner said. “To his credit, he wants to be out there and he’s gonna be fine.”

Towson finished off its Saturday double header with a 5-2 loss.

The game got off to a bad tone when senior pitcher Gavin Weyman gave up a home run on the first pitch of the game to Owls junior outfielder Alex Carballo.

The deficit grew after the Tigers committed multiple errors to give Kennesaw State a 3-0 lead.

After the Owls extended their lead to four, Towson got a pair of runs back thanks to a wild pitch and a RBI single by redshirt junior outfielder Tom Flacco. Flacco finished the night a combined 5-for-8 with two runs scored and one RBI.

“He brings a certain aura with him,” Tyner said. “For anybody to have that day in the type of weather we were in, it says something.”

After Kennesaw State got a run back, Towson couldn’t get anymore offense going.

Rain caused the opening game of the series to be moved to Saturday afternoon for a doubleheader. In the first game, the Tigers battled into extra innings, coming away with the 5-2 victory.

After Towson took the lead in the first inning, Powers launched his first home run of the season to right field to give the Tigers a 2-0 lead.

The Owls fought back to tie the game in the third inning and the game remained tied until we went to extras.

In the tenth inning, senior catcher Trey Martinez finally broke the deadlock with a base hit to left field, scoring a run.

Powers and Flacco reached base and scored on a double from senior infielder Zach Piazza, putting Towson ahead by three.

Junior pitcher Austin Weber came in for relief in the seventh inning and closed the game out in the tenth for the victory.

As the Tigers head home with their first win of the season, Tyner said that there’s a lot more left to accomplish in this young season.

“We want the players to understand that even tho we won one out of three, which on the road isn’t bad, you had a chance to close it out,” Tyner said. “My expectation level of this team is moving higher and higher because i see the talent level we’re at.”

Towson will travel to Morgantown, West Virginia for a mid-week game with the West Virginia Mountaineers on Wednesday, Feb. 27 before its home opening series, beginning on Friday, March 1 against Lehigh at John B. Schuerholz Park at 2 p.m.

Previous post Why the Giants Should Not Draft Dwayne Haskins 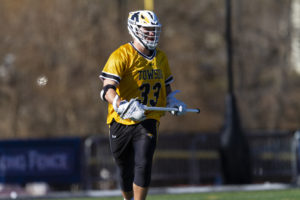