This past Sunday, the 25th Annual MTV Movie Awards aired, and let me tell you, a whole lot happened. From random dance breaks and celebrity appearances, too many jokes about The Rock and a lot of awards, the three-hour show was definitely one for the books.

There was a lot of hype leading up to the award show because of it celebrating 25 years, which is honestly the only reason why I tuned in. This year, the award show actually took place on Saturday but didn’t air until the next day. I got a lot of previews of the show on Snapchat.

Not only was there a live feed of the day, but I follow way too many celebrities—and a majority of them were there and snapping the night away.

While there wasn’t a singular jaw-dropping moment this year (I was really hoping someone would rip off Zac Efron’s shirt again) there were definitely moments that will be talked about for years to come.

Here’s a quick breakdown on what went on so you won’t be completely clueless when people are talking about.

Will Smith won The Generation Award, which was prefaced by a video showcasing some of his best acting moments. In all honesty, I may or may not have gotten a tad emotional – and so did Smith.

He graciously accepted the award, but cracked a joke saying that the award felt like everyone was saying that his best works were behind him.

One of my favorite parts of the night was the exclusive clip of “Fantastic Beasts and Where to Find Them.” It wasn’t just a clip, it was an experience, and I highly encourage everyone to Google it ASAP.

There was choreography, a surprise appearance from the always-beautiful Eddie Redmayne and great insight into what the movie has in store.

The biggest award of the night, Movie of the Year, was awarded to “Star Wars: The Force Awakens,” to J.J. Abram’s and Daisy Ridley’s delight.

As a whole, the award show was actually super interesting and really fun to watch, and it was obvious that MTV spared no expense on decorations, props and choreography. It was a great way to kick-off the summer award show season! 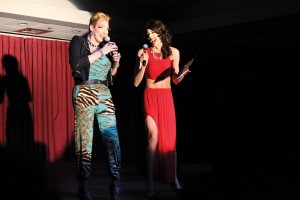 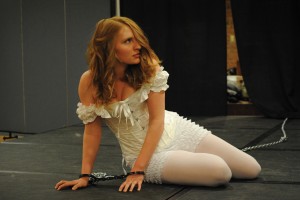