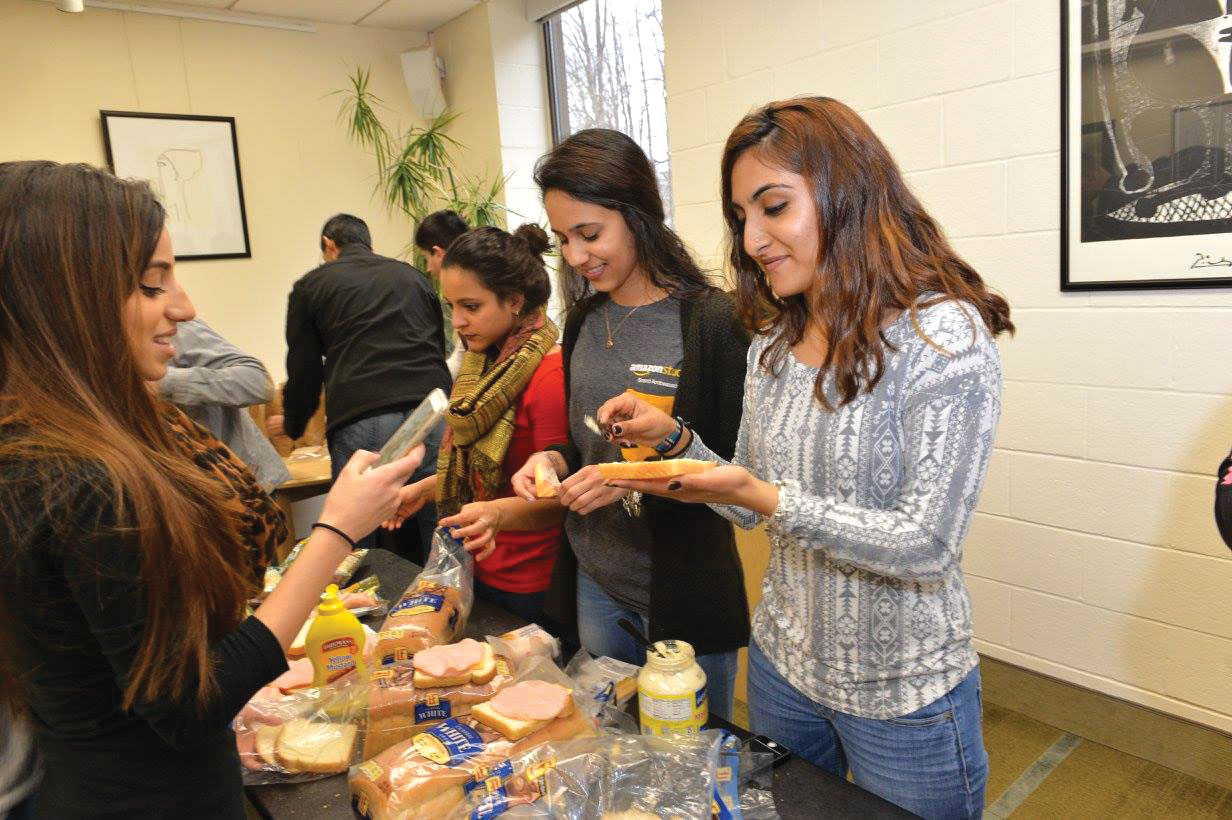 According to MSA Programming Director Kanwal Rehman, one of the goals of the event was to bring the Towson community together for a common purpose.

Feeding Our Neighbors was founded by former MSA members Aayesha Aijaz, Mohamed Mansour and current MSA Vice President Salsabeel Abdelhamid. Towson MSA has had an active role in the organization since its founding, holding events at least once a year and packaging food on a month-to-month basis, according to MSA Interim President Amr Rawi.

“Here at Towson we’re all about giving back, so we want to make sure that the people who are capable of giving are giving back to the community,” Rawi said. “We really want to give a helping hand and help those who need it the most.”

At Friday’s event, students gathered in the Center for Student Diversity to create care packages and then left campus to deliver them to homeless people throughout the city.

In previous years, MSA and Feeding our Neighbors have coordinated events that sent groups of students out to spend the night in Baltimore City in order to demonstrate and experience homelessness in the winter.

Towson University President Kim Schatzel, who attended the event, described being in college as a privilege that grants a greater degree of responsibility to participate in community service.

“It’s a very small planet, and we need to be able to help each other every chance that we can,” Schatzel said during a short speech.

According to Rehman, MSA hopes that the event continues and becomes something that happens more frequently.

“There’s a lot of homelessness in Baltimore and all across the U.S.,” Rehman said. “It seems very small, because us doing this is on a very small scale, but even if it’s just one person, you end up making their day. It’s really important that this work continues.”