The NHL officially suspended their regular season in a reaction to the rapid spread of the Coronavirus. The original plan was to potentially play the games in front of empty arenas, as many major cities were either recommending or mandating no large group gatherings.

The situation escalated during an NBA matchup between the Utah Jazz and Oklahoma City Thunder.

Before the game could even start, it was reported that Jazz center Rudy Gobert had tested positive for the virus. The game was immediately canceled, and the NBA quickly suspended their season.

After this incident the NHL was somewhat forced to show their hand, and suspended operations the following day. Other leagues and sporting events quickly followed suit, including the NCAA Men’s and Women’s Division-I basketball tournament. Now, we enter uncharted waters; a world without sports.

As for the NHL, there have been two players of the Ottawa Senators, and one on the Colorado Avalanche who have tested positive for the virus.

It’s a scary time in the world. In my lifetime, I’ve never seen society come to a screeching halt like this. The country, along with the world, is in panic. In times like this, the importance of sports is severely dwarfed by the real world issues.

I don’t know if we will see any hockey played for the rest of this season. This pandemic is going to get worse before it gets better. The league has said it will be monitoring the situation on a “week-to-week” basis which is the best course of action.

To be completely honest, this sucks. Especially for teams that were looking to make a splash going into the postseason. Look at a team like the Philadelphia Flyers, who are playing their best hockey in a decade, now may have lost all momentum.

To clarify. Is it the right thing to do to shut down? Yes. Is the immature child in me who needs sports 24/7 extremely upset and going into shock? Yes.

Hopefully in the next few weeks we are able to know more about this virus, and we can get back to life as usual some point soon.

There have been reports that doctors in the Canadian province of Saskatchewan have been able to isolate the virus, and will be testing for a vaccine in the coming days. For Canadians, all it took was no hockey to get them moving quickly.

If things hold as they are now, and the NHL does not resume activities until next season, the St. Louis Blues would technically be back-to-back defending Stanley Cup champs. So go ahead and play Gloria St. Louis, just do it from your home. 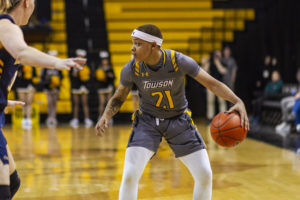