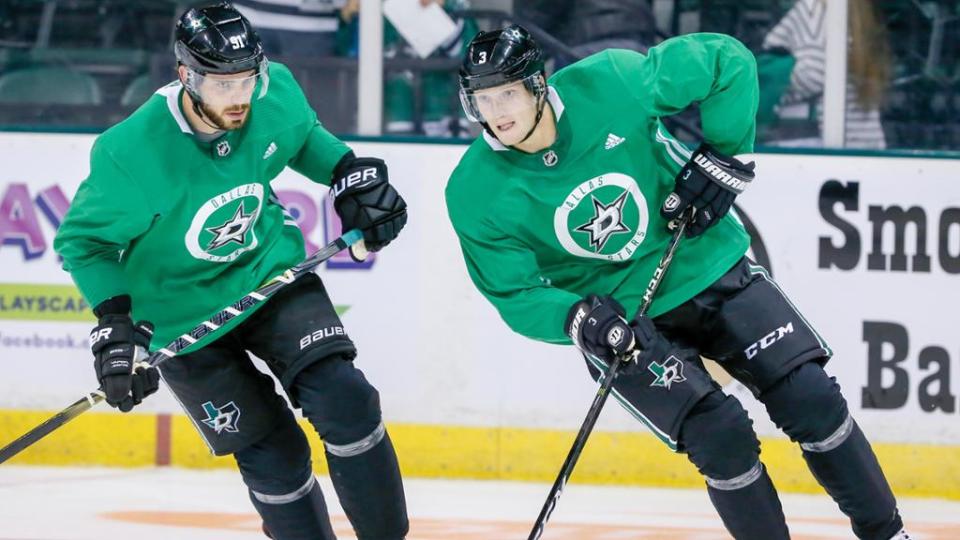 With training camp set to start around the NHL this week, all teams will have a common goal in mind; win the Stanley Cup. This will be the second consecutive season that the NHL will feature 31 teams.

The Bruins and Golden Knights should have lower odds than 12/1. Boston has very good players on the roster like Patrice Bergeron, David Pastrnak, and Brad Marchand, but the issue with the Bruins is the play of goaltender Tuukka Rask. It is quite possible he could lose his job at some point this season to veteran Jaroslav Halak and that would not be a good look.

Las Vegas made it to the finals in its first season as an NHL franchise. They lost key players in the offseason like David Perron and James Neal. Defenseman Nate Schmidt is suspended for the first 20 games of the season for violating the NHL’s performance-enhancing drug policy. Along with being the best defenseman on the team, Schmidt also scored five goals and recorded 31 assists last season in 76 games. His plus/minus was 19. Goaltender Marc-Andre Fleury will not repeat his success from last season. His record was 29-13-4 in 46 games played. Fleury’s save-percentage was .927 and his GAA was 2.24. He also had four shutouts.

The possible favorites to win it all this season:

Toronto: They have a loaded roster especially since John Tavares signed with them in the offseason. Auston Matthews, Mitchell Marner, Patrick Marleau, William Nylander, Nazem Kadri, and Zach Hyman are key players offensively. The Maple Leafs have a shaky defense and it could be their downfall. Frederik Andersen is a good goalie, but he isn’t elite.

Tampa Bay: They had the best record in the east last season. Tampa Bay did not lose any key players this offseason and they will be dangerous once again if everyone stays healthy. The Nikita Kucherov-Steven Stamkos-J.T. Miller line could be dangerous. After the trade deadline last season, that line combined for 51 points. Ondrej Palat, Alex Killorn, and Brayden Point are some key role players. The Lightning have a deep blueline and players like Ryan McDonagh, Victor Hedman, and Mikhail Sergachev will make an impact. Andrei Vasilevskiy is one of the best goalies in the game.

Winnipeg: They had a breakout season last season and finished with the second-best record in the league. Winnipeg hopes to get back to the playoffs and make another deep run. The Jets were eliminated by the Golden Knights in the Western Conference Finals last season. Patrik Laine scored 44 goals last season and he is just 20 years old. Connor Hellebuyck is emerging into one of the best goalies in the game. He is the backbone of this team and without him they are in trouble.

Pittsburgh: They have won the past two-out-of-three Stanley Cups. Pittsburgh received an unexpected blow last season in the postseason against Washington. The Penguins have one of the best offenses in the league and they have the best player in the world in Sidney Crosby. Evgeni Malkin is also a top five player. Phil Kessel, Jake Guentzel, and Patric Hornqvist are also key contributors on offense. Daniel Sprong could have a breakout season and it could make them dangerous. Pittsburgh has a good defense, but it can be inept at times. Matt Murray will be the starting goalie once again and he needs to stay healthy. Murray played in 49 games last season and his record was 27-16-3 with a .907 save-percentage and a 2.92 GAA. He also had one shutout.

Washington: They are the defending champions for the first time in franchise history. Washington has basically its entire roster back, except for centerman Jay Beagle. Centerman Travis Boyd will probably replace him on the fourth line. The Capitals have weapons all over the ice like Alex Ovechkin, Evgeny Kuznetsov, T.J. Oshie, and Nicklas Backstrom. Michal Kempny and John Carlson might be the most underrated defensive pairing in the entire league and because of it, it makes the defense steady. Goaltender Braden Holtby is under pressure to have a big year. Holtby played in 54 games last season and his record was 34-16-4 with a .907 save percentage and a 2.99 GAA. He did not record a shutout last season. Holtby doesn’t have Philipp Grubauer backing him up this season. He was traded to the Colorado Avalanche in the offseason and Phoenix Copley will be the backup and he isn’t as reliable. Barry Trotz is not the head coach anymore and assistant coach Todd Reirden was promoted to head coach in the offseason.

Nashville: They won the Presidents’ Trophy last season and that usually means an early playoff exit. It seems to be one of the worst curses in the NHL. In the past 17 NHL seasons, only four times has a team won the Stanley Cup in the same year they won the President’s Trophy. The 2012-2013 Chicago Blackhawks were the last team to do that. Nashville presents a matchup nightmare because they have a blue line that is very good defensively and they transition it into offense. The blue line is led by players like P.K. Subban, Roman Josi, and Ryan Ellis. The main offensive player on this team is Filip Forsberg. He scored 26 goals and recorded 38 assists last season, in 67 games. His plus/minus was 27. Goalie Pekka Rinne is the backbone of this team. They are well coached by Peter Laviolette.