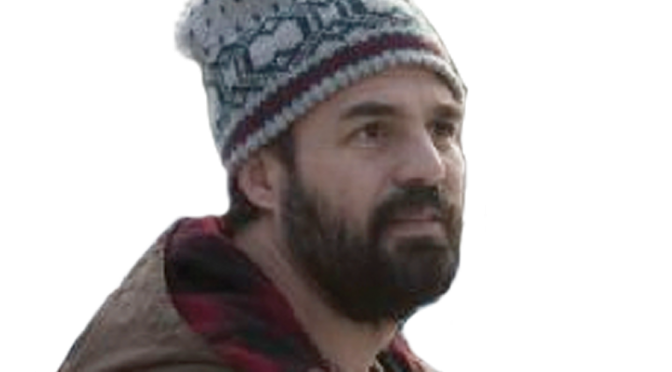 As we are well into the 2014-15-award season, and as the spring semester has commenced, it is now that time to begin our countdown to the fateful night, Oscar night, Feb. 22. This column will consist of my consensus of both the supporting actors and actresses nominated for an Academy Award this year.

Ethan Hawke is great in “Boyhood” because he truly grasps the character in such a loving and top-notch way, an average American divorced husband/father who yearns to keep being a model figure for his children. Hawke’s role should be a model for all fathers worldwide. Hawke is fabulous in “Boyhood,” his nomination is well deserved.

I love Mark Ruffalo dearly, especially in the recent HBO film, “The Normal Heart.” But when I saw “Foxcatcher” at the Criterion Cinema in New Haven, Connecticut, I didn’t really see him receiving a nomination, partially because I was overwhelmed by fellow nominee Steve Carell’s captivating transformation into drama, as well as the change to his physical appearance. But after I thought about it, I was able to understand what the Academy saw in Ruffalo’s performance, which was a kind-hearted support staff for his brother, Channing Tatum’s Mark Schultz. I applaud Ruffulo’s achievement.

I am very excited for most of the nominated actresses who gave such heart-warming and raw supporting performances.

First and least, I did not care for Kiera Knightly in “The Imitation Game.” It’s not that she wasn’t good, I am simply indifferent because there wasn’t anything affecting from her performance. Yes, I absolutely understand how her character, Joan Clarke, was a major player in the Nazi enigma-cracking attempt, turning into a success, as well as an emotional supporter to fellow nominee Benedict Cumberbatch’s Alan Turing. However, I feel Knightly failed to put any depth into her character. She was simply stiff and dull. Her nomination is a joke.

I could not believe it when I saw that Laura Dern had received a nomination for her performance in “Wild.” After watching the film I was hoping to hear that she was nominated for the award shows earlier in the season (SAGs, Globes, Critic’s Choice, Spirit) but I was sad to come up with nothing. Dern’s performance as Reese Witherspoon’s Cheryl Strayed’s struggling mother, is something not so original compared to other nominees this year, but definitely still worth the spot this year through Dern’s strong and independent role she perfects. It’s also nice for the daughter of one of last year’s nominees (Bruce Dern, “Nebraska”) to be nominated the following year. Laura Dern’s nomination is a wonderful surprise.

With her gloriously flawless performance as the nerving straight-from-rehab daughter of fellow nominee Michael Keaton’s Riggan Thomson in “Birdman,” Emma Stone has truly proved what she can achieve. After developing and molding her craft for so many years in her young yet blooming career, resulting in her first ever Academy Award nomination, I am so proud of where she has come in her career. Her nomination is a triumph.

I have come to realize that I can never go an award season without contemplating which Meryl Streep film the Academy will use for this year’s nomination. Words do not describe Meryl Streep: it’s not even funny.

I am a huge fan of Patricia Arquette. I want her as a second mom. I always looked up to her when I was obsessed with “Medium.” I was so excited when I heard about her spot in “Boyhood,” I couldn’t wait to see what she did with her role and she delivers a performance like nothing before and kicks it out of the park. As a divorced wife/mother, to fellow nominee Ethan Hawke’s role, with the obstacles of being able to trust in her multiple succeeding partners, raising her two kids, and watching them grow up and go on to pursue bigger and better things, she absolutely captures the persistence, love and dedication today’s American mothers and wives wish they could have. Arquette is golden in “Boyhood” and I say she is the leader in this group of spectacular women.

Critic’s Note: This critic has not yet attended a screening of either “The Judge” (nominee: Robert Duvall) or “Whiplash (nominee: J.K. Simmons).”