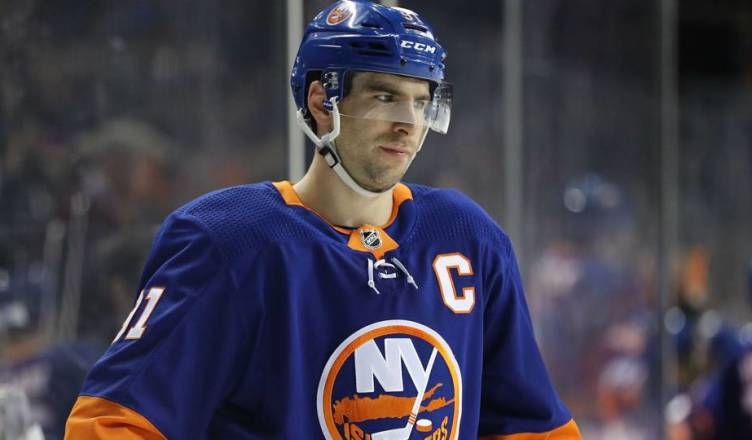 It’s not every day that NHL players get an opportunity to play for their hometown, but in July, when all NHL free agency began, center John Tavares was able to achieve that goal.

Tavares, a five-time all-star selection, signed with the Toronto Maple Leafs on a seven-year deal worth $11 million per year.

After inking that deal, he posted a photo on his Twitter page of him sleeping in his bed with his Toronto Maple Leafs pillow and blanket when he was a kid. The caption read, “not everyday you can live a childhood dream.”

Tavares grew up in Mississauga, Ontario, which is a suburb of the Toronto area. Who can blame him for wanting to go play for the team he rooted for growing up? He has a better chance to win a Stanley Cup or two with the Maple Leafs than with the New York Islanders.

The Islanders are one of the worst run organizations in hockey and they will be playing home games at the Barclays Center in Brooklyn and Nassau Coliseum in Long Island. Why would players want to play home games at two arenas instead of one? The Toronto Maple Leafs play their home games at the Air Canada Centre.

Islanders fans have been upset about Tavares leaving New York and signing with Toronto, but this was basically a business decision for him as well. Tavares is only 27-years-old and he is currently in the prime of his career.

He doesn’t want to waste his prime years away in New York although they made changes at head coach and in the front office before he left. The Islanders don’t have the same talent on the roster that the Maple Leafs have.

No matter how you look at it, the Toronto Maple Leafs have made it to the postseason for the past two seasons and the New York Islanders have not. Tavares was one of the key reasons why the Islanders won a playoff series in the 2016 playoffs, marking their first series win since 1993.