There’s a rhetorical question that has often been asked in the Black Student Union office whenever the University does something either on behalf of black students or seemingly on behalf black students. Since Occupy Towson about a year and a half ago, this question has gained popularity in Black Towson’s discourse in reference to University’s selection of Rae Sremmurd to perform at Tigerfest to the University’s agreement to permit the Black Student Union to direct Homecoming this year and more. The question is: “Who said Occupy Towson didn’t work?” The question is always asked in a fun, joking way as a means to speak to the progress made on Black demands by the University and the new institutional relationships built between the Black Student Union and all the other major institutional networks from the SGA to CAB to the Administration itself. The idea behind the rhetorical question is: Occupy Towson worked. We got what we want: Rae Sremmurd, SGA’s companionship and a Black Homecoming.

But if this is the case, if our demands have been met, if what the University looks like now is what the vision of Occupy Towson was, then it’s safe to say Occupy Towson as such, was a scam. It was the operationalization of a distinct form of conning. It was a dream without vision; a promise without much promise. It was a moment, and not a movement. It’s important to say this because: If Occupy Towson “worked,” then Occupy Towson had no intention to create radical change within the University, but only wished to create an opening for a distinct few black cishet liberals to have easier access to the levers of power at the continued expense of the “rabble-rousing, never satisfied” black students, the triply-marginalized trans and queer black students, the generally dishonored and disrespected black staff, and the more radical and uncompromising black (adjunct) faculty. Occupy Towson, if it is true that it “worked,” was a scam because it was a structural adjustment program masquerading as a program of black radicalism.

Even if one looks analytically at the University’s broadcasted “Progress on the Student Demands,” one is overwhelmed with the sense of shallowness in the questions posed to the University administrators and notice that the University’s quantitative focus in regards to the nature of black demands against anti-blackness and white supremacy has yet to, and probably will never attempt to, wrestle with the more qualitative aspects of the demands. To ask for an administration to focus less on increasing the numbers of black people in certain positions, but more on abolishing the quality of anti-blackness and white supremacy is to question the legitimacy of the entire University apparatus itself. The latter question doesn’t ask for a Black University President in order to challenge anti-Blackness and white supremacy. It asks instead: Why must there be a University President at all? And how does the bureaucratic model, which is often called the neoliberal model of the University, sustain and perpetuate anti-blackness and white supremacy not based on who holds the position, but by the very existence of the position in the first place. When black and brown adjuncts and staff members are starving, struggling to survive off low wages and no healthcare, when they are living their lives under the constant possibility of anti-black, sexist and xenophobic violence in and outside the University, the question of quantitative change should be questioned. Numbers mean nothing, if the structure itself is at fault.

Occupy Towson was a scam, in the first instance when it presented an ultimatum to former Interim President Tim Chandler: Do the Demands or Quit Your Job? Occupy Towson should have said: Quit Your Job, plain and simple. The reason for such a framing is that it’s not about what the University Administration does or does not do that presents problems or solutions to anti-blackness and white supremacy. It’s about the fact that anything they can or will do will always result in the sustained project of anti-Blackness and white supremacy because it is the model of the University itself that is to blame. I actually like Dr. Chandler as a person, we’ve talked often and I think he’s a wonderful man whose scholarship on race and rugby I’ve found interesting, to say the least. However, any focus of his niceness misses the point. From its exclusionary admissions process, to its continued project of gentrification, to the enormously asymmetrical wage gap between admin and staff, to its reinforcement of heteronormativity and cis-privilege, to its complicity in Academic anti-blackness to its use of products constructed via prison slave labor, the University is not a microcosm of the anti-black World, the University is the powerhouse that fuels it. And that can only be changed through a more radical engagement with the structure, not the niceness or blackness of the individuals manipulating the structure. 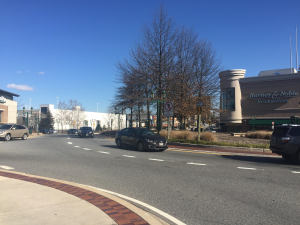