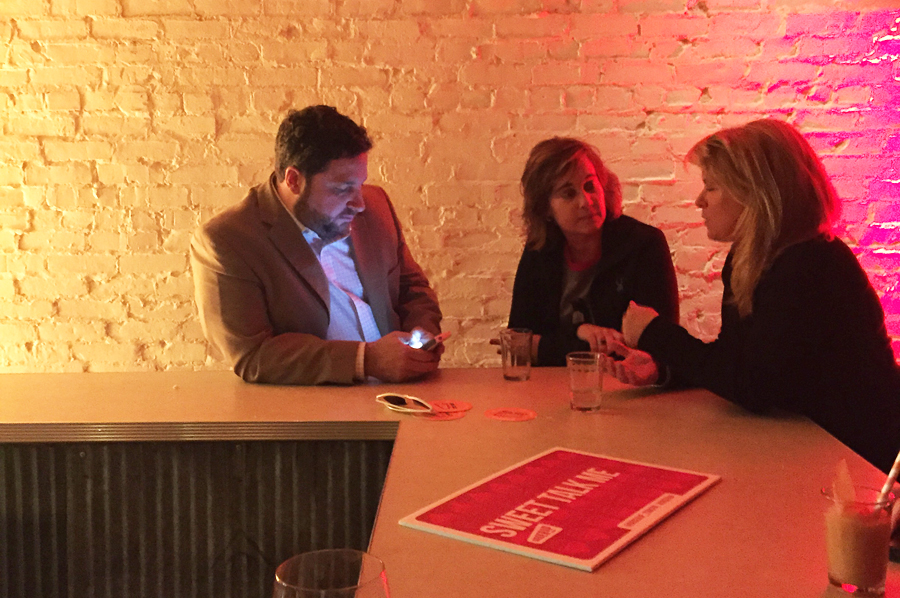 As of Tuesday, Feb. 10 Towson residents can now have a warm, Towson Hot Bagels bacon, egg and cheese sandwich delivered right to their apartment, residence hall or practically anywhere on campus.

“When you look at websites like GrubHub and Eat24, the 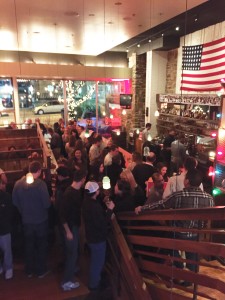 restaurants that are on those, no offence, they are kind of boring,” Senior Community Marketing Manager for OrderUp Towson Tim Warfield said. “We put restaurants on there that people actually want to order from and have never had their food delivered before now.”

Warfield, a 2006 Towson graduate, began working for OrderUp in June at their headquarters in Canton. This week the company launched their Towson market alongside 32 Towson restaurants, many of whom have never featured a delivery service.

“Many more [restaurants] are going to come so this is just the tip of the iceberg, there is a lot more to show underneath once we really start rolling things out,” Warfield said. “It is a very exciting time, people are going to see us a lot on campus in a good way, we just want students to be excited about it and share with their friends.”

Since launching their Baltimore market in October, OrderUp has continued to expand and move into other smaller and college–based towns such as Charlottesville, Virginia and Raleigh, North Carolina, making Towson OrderUp’s 38th market thus far.

“As far as Towson being the next move it was the most logical for us,” Warfield said. “We knew that we would be able to make a much faster growth impact company wide by starting in Towson and then we will narrow the gap between the city.”

The concept for OrderUp began in 2003 at Penn State University when co-founders Chris Jeffery and Jason Kwicien started a website called LionMenus where users could look at restaurant menus online before calling to order.

“Chris and Jason realized that if people were going to the site, then why not let them order on the site,” Public Relations Director Renee Beck said.

From there the concept grew and in 2009 they founded OrderUp and in the past year, added the delivery feature to their company. Much like Uber, OrderUp’s drivers are independent contractors, which has helped to create job opportunities, especially in the college towns where they are based.

“Students can be drivers which is pretty cool,” Beck said. “Its an extra way for them to make money, and you don’t have to deal with people … you are just taking food.”

Another feature of OrderUp’s delivery service is the real time delivery tracker that allows customers to follow their driver as they pick up and deliver their food.

“The technology with our site and our app is insane,” Warfield said. “The way our company has been growing so much lately it is just a really fun and exciting time to be a part of OrderUp.”

Students can also request that drivers deliver their food to wherever they are, including the Union, any of the academic buildings or dorms and even the beach on campus by providing additional details in the special requests form.

“I have seen them request certain drivers based on their level of hotness, I have seen people say ‘I am having a crappy day can you give me a high five when you show up,’ and [the drivers] show up with a smile and they give them a big ole’ high-five,” Warfield said. “That is what our culture is like among our employees and being able to get that shared with the driver community and having them share that with the customer it makes it a unique experience.”

The company plans to launch even more new features on the site in the coming months, one of which allows users to receive points or credit for having others sign up using their referral code. They also plan to offer various discounts and special deals throughout the week.

“We do these crazy deals to get people excited and wanting to use our platform, but also it’s great food so why not hook you up in the process,” Warfield said.

Other features coming soon are the option to link orders so that multiple users can pay separately yet still combine their orders to arrive together, and another feature that allows for advance ordering.

OrderUp has also provided opportunities for interested students, such as sophomore Jake Ulick, a former Towerlight contributor, to get involved. Ulick, who began working for OrderUp as one of their drivers last summer, now works as a senior marketing intern for the company.

“Our company is just booming and as we start opening more and more markets and people start getting promoted within the company, there is going to be a heck of a lot of opportunity for these guys,” Warfield said.

The Towson-specific marketing team is another aspect that Warfield, Beck and Ulick all say is something that helps set OrderUp apart from other companies.

“It gives it less of a corporate feel. I mean we are a national company, but at the same time we have these local franchises where we have anywhere from students to graduate professionals working and cultivating relationships to make it a mutually beneficial relationship for the local community,” Ulick said. “I really like that OrderUp was kind of all about empowering the local places.”

Beck said she works with a local team in every market that OrderUp has expanded to include. This team is made up of locals who can work intimately with restaurant owners, survey residents of the city and who are experts in that region.

“We have the most fantastic team who is all really behind this, we all really believe in it, and we all really want it to succeed,” Beck said. “We are going into the markets where there aren’t as many options and we want to bring that to people.”

OrderUp hopes to work with not only Towson restaurants but residents, students, University programs and departments and even the local chamber of commerce. On Tuesday, Feb. 10 the company hosted a closed event at Shoo-Fly Diner off of E Belvedere Ave. in order to celebrate the launch of their new market with the Towson community.

“We want people to have fun with it and we just want to show we are all in when it comes to supporting the local community and what better way to kick it off than partying with those local influencers,” Warfield said. “Our hope is that by these people being here … it is just reinforcing the partnership.”