Homecoming Week heated up Thursday, Oct. 26, with the Royally Rad Pageant, which featured a wide variety of talents, personalities and 90s-themed decorations; from Rugrats pictures, to CDs, to slap bracelets that attendees were able to take home.

“This is one of our most popular events,” said senior and Homecoming Committee Chair Kristen Zdon. “It’s a long-time tradition, we always have the [Homecoming] Court compete in a pageant.”

Homecoming king and queen, Leroy Hyson II and Lauren Dell’Arciprete, were announced and crowned at halftime during the football game against the University of Delaware on Saturday, Oct. 28. Before the royals were crowned on Saturday, the Homecoming Court showcased their brains, beauty and talent during the Thursday pageant.

“Think of it as a ‘Miss America’ since it includes a Q&A portion, talent, evening wear and a small comedy bit,” Zdon said. “The talent portion is my ultimate favorite; they don’t just do the basic singing or dancing routine, they add their own flair to it.”

The event went on for two hours and the event coordinators did not spare a second to let the crowd simmer. Instead, the coordinators had the audience play Kahoot! with 90s-themed questions in the beginning of the show, volunteers jump onstage to have a dance battle, and the alumni judges reminisce about 90s memories for the best Throwback Thursday.

It was a good opportunity for Towson’s community to come together and grow closer.

“When I learned that Leroy [Hyson] was running for court, I just had to come support him,” said junior Tyler Halliwell, who is in Men’s Chorus with Hyson and attended to hear Hyson sing his version of John Legend’s “All of Me.”

The talents did not just stop at singing; there was an interpretive dance, a cheer routine, a poetry reading, five-minute art painting, magic tricks, lip syncing, tips on how to do the “perfect” push-up, and even tips on how to survive at Towson.

Homecoming Week is meant to be a time for everyone to come together and build new memories for the year. Freshman Morgan Heion did just that when she came to support her Resident Assistant DJ Burke. Heion said that Burke was “very welcoming” and “supportive,” so she wanted to return the favor.

When each nominee came out to introduce themselves, they kept their heads held high and put their hearts into the festivities. All of them put their senses of humor on display to keep the crowd warm to them. The young men and women on the stage brought in culture and laughter, made serious points, and represented diverse aspects of the Towson community.

Towards the end of the pageant, each nominee gave their thanks to their supporters and their reasons for being on the stage, which drew appreciative reactions from the audience. The committee and contestants wanted to specifically thank Royalty Director Makensey Schuchart for all her hard work. 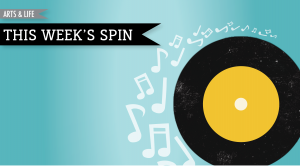