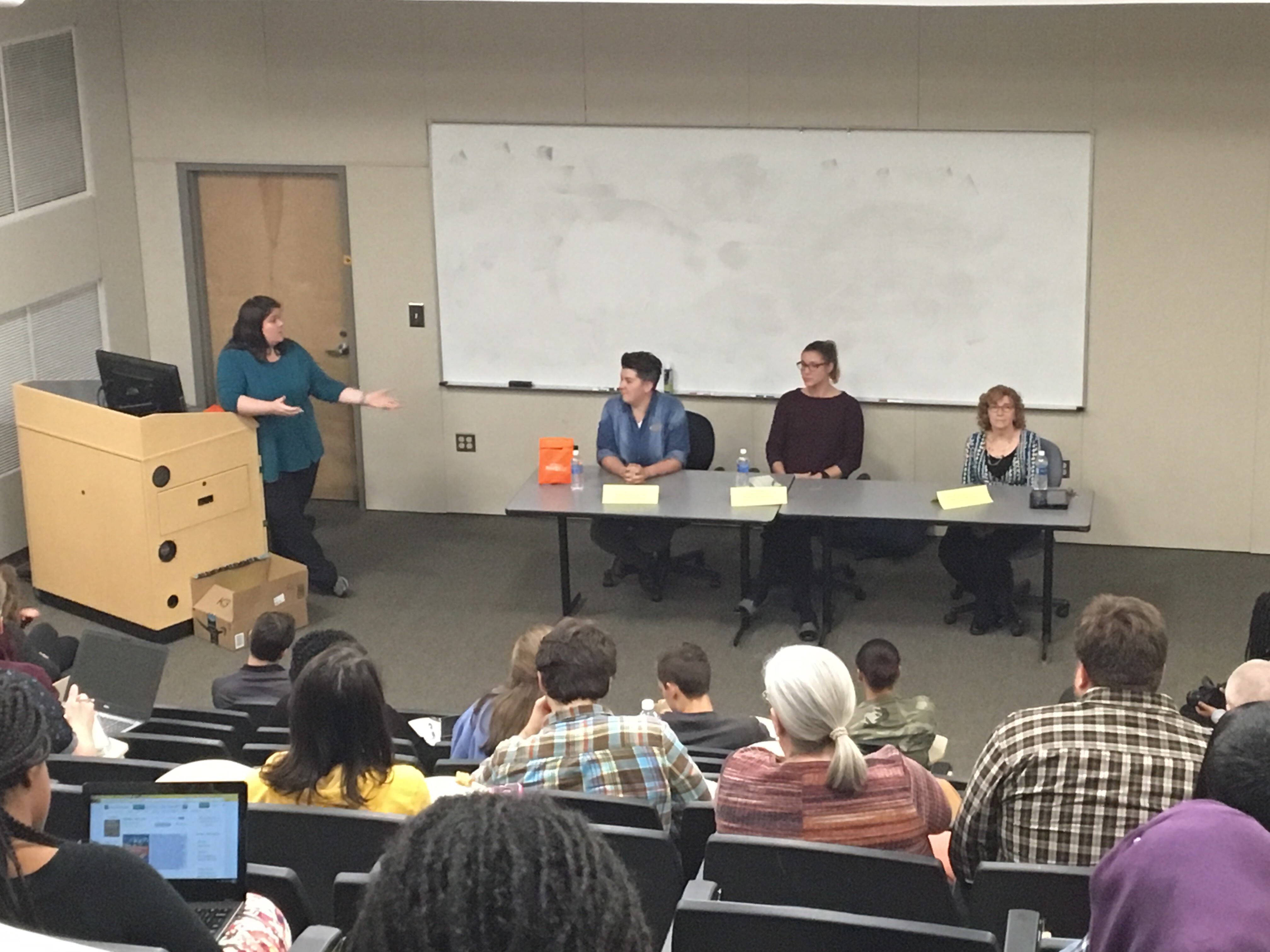 An on-campus screening of the new documentary, “Wasted! The Story of Food Waste,” and a subsequent panel discussion presented an opportunity for the campus community to learn about food waste and how destructive it can be on multiple levels on Oct. 18.

In a world where 1.3 billion tons of food is wasted every year, according to the Food and Agriculture Organization of the United Nations, food waste directly connects to global issues such as hunger and climate change.

Currently, 90 percent of food waste ends up in a landfill. When left to decompose without air, that waste results in the release of methane gas. This greenhouse gas is 23 times more powerful than carbon dioxide.

The long decomposition time for food — 25 years for lettuce to decompose if it’s under a huge pile of garbage without oxygen — means that food wasted today will continue to impact the environment for years to come.

After the film, a trio of panelists from TU and the community shared information about local efforts to eliminate waste in Baltimore and answered questions from the audience.

Stacy Carroll, director of sales and partnerships for the organization Hungry Harvest, talked about how the organization is “intercepting food and purchasing it” and passing discounts on to their community-supported agriculture subscribers.

Carroll affirmed that Hungry Harvest is “driven by food access for all” and sells a week’s worth of salvaged produce — about 8 lbs — for $15. Through the organization’s “Produce in a SNAP” program, these same allotments of food can be bought for $7 using Supplemental Nutrition Assistance Program, or SNAP,  benefits.

Bringing a policy focus to the discussion, Sarah Buzogany, a food access planner with the Baltimore Food Policy Initiative, talked about her role to “make the environment [from local governments] favorable for food recovery.”

From techniques such as washing hands for 20 seconds and using separate cutting boards for  people at-risk for foodborne illness such as pregnant women, the elderly and children, Gould advised that ensuring safe food preparation can be easy to implement.

To trace food waste’s impact from farm to landfill, the film features food-conscious chefs Anthony Bourdain, Mario Batali, Dan Barber and Massimo Bottura in conversation with activists, innovators and farmers on the frontline of the food waste movement.

As a guide for understanding food waste, the film used an upside-down pyramid graphic to rank food waste diversion options by priority, with the landfill as a method of last resort.

A top priority on the chart was feeding people. To illustrate this principle, the film focused on Daily Table, a grocery store in Massachusetts, that recovers food that would otherwise go to waste — from grocery stores to growers — and enables people to access healthy food at an affordable cost.

The film asserted that traditional grocery stores operate on a principle of “infinite abundance” and small blemishes in produce and confusing labeling, such as “best by” dates, expiration dates, “sell by” dates, is a reason why so many otherwise safe foods are thrown out.

The second method the film explored was using food waste to feed animals, as 70 percent of grain harvested is fed to animals instead of people.

The film explored Japan’s livestock feed policy, as Japan was once the world’s largest importer of corn for feed. Now food waste is diverted into livestock feed production facilities and farmers can control animals’ diets, which affects how the resulting meat tastes. In fact, many farmers now feed specific diets to their livestock to achieve flavor profiles, creating a “brand” for their meat.

The third area of reducing waste was diverting food scraps into renewable energy. To do this, the film showed how Yoplait used excess whey and other milk products to capture and compress methane to supplement their Greek yogurt plant’s power supply to use less electricity.

The film also explored composting, which requires heat, water, food and air to break down food scraps into plant matter. The film focused on a New Orleans school that created an “edible schoolyard” through composting lunchroom waste.

The ultimate theme of the film and the panelists’ discussion was that intentional actions can help reduce food waste, which can alleviate food scarcity and help the planet.

“We don’t need to produce more, we need to act different,” Bottura said in the film.

Student Alvin Velasco described the event as “enlightening and engaging.”

“I never thought that there could be many ways to recycle leftovers and that impacts the environment…. As I was watching the documentary I was also doing my grocery list on my phone and I thought to myself I don’t need this as much, so I won’t have to throw it out,” Velasco said.