There may be a curse over the city of Pittsburgh and its professional sports teams this past year. In 2019, the Steelers saw their season take a crushing blow when future Hall of Fame quarterback Ben Roethlisberger was forced to sit out the majority of the season to have Tommy John surgery. On top of that, backup quarterback Mason Rudolph was also sidelined with a concussion; leaving their season in the hands of third string undrafted quarterback Devlin Hodges.

Pittsburgh also saw Pro Bowl running back James Conner struggle with shoulder and knee injuries throughout the season as well. It wasn’t easy, but Steelers head coach Mike Tomlin was somehow able to keep this team competitive and in playoff contention all season long. Ultimately they ended up missing the postseason, as the Tennessee Titans snuck in the final week and are one win away from a Super Bowl berth.

The Penguins, much like the Steelers, have faced extenuating circumstances this season as well. To start the year off, perennial superstar center Evgeni Malkin suffered a bad leg injury two games in. This sidelined the Russian for a month. Luckily for the Pens, center Sidney Crosby does a decent job of making up the production for pretty much anyone who gets hurt. He steps up when needed, and makes anyone who’s on the ice with him better.

Unfortunately, Crosby would go down with an injury as well. Crosby has been sidelined since Nov. 9th with a core muscle injury and was cleared to return on Jan. 14. Center Jake Guentzel has been forced to take over the offense in their absence.

Malkin has returned to the lineup, and Guentzel has been great this season, and is in the top three in points, goals, and assists for the Pens this season. Guess what? Guentzel has now sustained an injury that forced him to have shoulder surgery and sit out the rest of the season.

On top of this injury bug, the Pens have had unexpected struggles from starting goalie Matt Murray. In his lack of success, backup goalie Tristan Jarry has really found his place in the NHL. In 22 games played, Jarry has posted a 15-6-1 record with a .932 save percentage. This success was enough to earn the backup keep an All-Star nod. For a backup goalie, I’m pretty sure that’s an incredible accomplishment.

It’s almost a cruel joke what has happened in Pittsburgh, yet somehow head coach Mike Sullivan has managed to not only keep these boys competitive but actually fielding a dangerous hockey team. Sullivan has been forced to really dig deep in finding lines that maximize player production, and somehow he’s done it.

The team is in second place in the Metropolitan division with 61 points.

It’s hard to believe this team doesn’t take off upon Crosby’s return. Sullivan deserves to be in coach of the year conversations with the work he has done in putting his best roster on the ice, despite losing almost all his superstars at some point in the season. 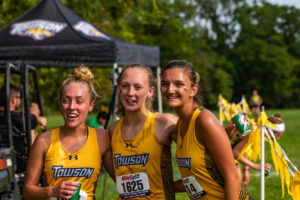