To Georgetown University law professor Paul Butler, there is a crisis in the United States criminal justice system that cannot be fixed until the country addresses issues of societal white supremacy.

Butler, also a former federal prosecutor and author, used popular hip-hop songs and news clips to illustrate this point during an on-campus talk March 28 in the University Union.

His talk was based off of key points from his book, “Chokehold: Policing Black Men,” which will be released May 30. The upcoming book is a reaction to this “dramatic time in history,” according to Butler.

Some people think the problem lies with African-American men. Butler said that this is the motivation for many black-male achievement programs, such as former President Barack Obama’s “My Brother’s Keeper” initiative, which addresses opportunity gaps faced by young men of color.

“They think that if we just pull up our pants, it would be all good,” Butler said.

Other people think that the problem is African-American victimization, Butler said, or the idea that black men do not have to worry about the police as much as they have to worry about other black men. According to Butler, people with this viewpoint, like President Donald Trump, believe that the solution is increased support for law enforcement.

A third viewpoint discusses the idea that police-community relations are not strong enough.

People with this viewpoint, such as Obama, believe that the solution to this problem would be to form better relationships between community members and their local police forces.

However, Butler said, the problem with this viewpoint is the lack of trust between police forces and their communities.

The final viewpoint Butler discussed was the idea that racism is the problem, an idea held by movements such as Black Lives Matter.

“The real problem is white supremacy,” Butler said. “The police are just a symptom of that. But unless you fix the problem of white supremacy, you’re always going to have a crisis.”

Butler told the audience that people see black men as thugs and that people have physical reactions when they encounter black men.

They get anxious and scared. Because of this, he said, the police receive a lot of power to control African-American men — through measures like “stop-and-frisk.”

Stop-and-frisk allows police to detain people if they suspect them might be committing a crime. If police suspect someone may be carrying a weapon, police are allowed to search them conduct pat-down procedures. Butler described stop-and-frisk as a form of torture, sexual harassment, terrorism and a major facet of racial inequality.

“I really appreciated his insight and his very different opinion and viewpoint about all of what’s happening,” junior Jeanelle Ivey said. “I never even thought about patting people down as sexual harassment. And how [stop-and-frisk] is an actual form of torture – that’s crazy. I thought that was great and I did see where he was coming from with that.”

Butler said that he was happy to see such a diverse audience.

During a question and answer session following the presentation, Butler said since there were a lot of white students that came to the presentation, it would suggest that they are interested. He asked how that can be used as an opening. 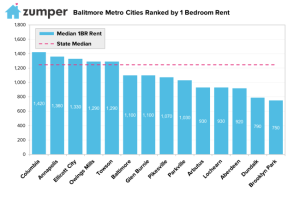