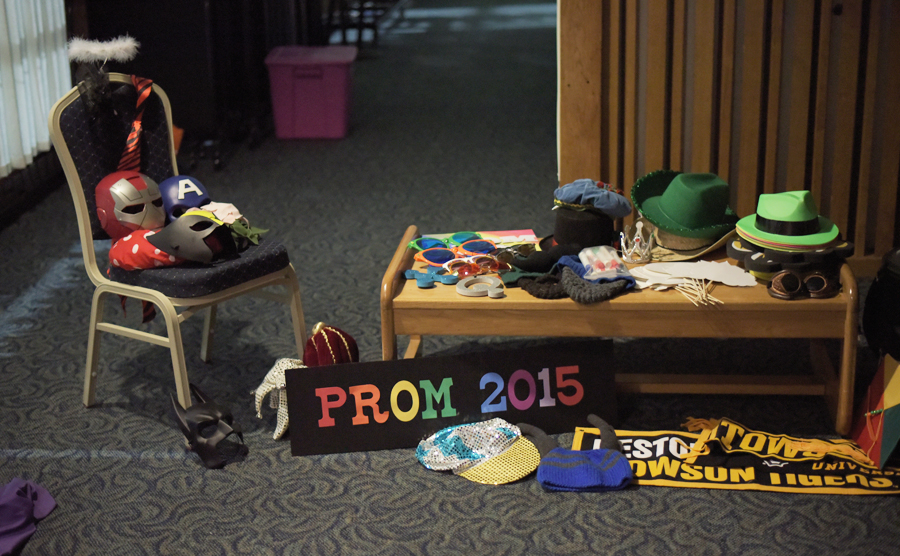 For many high school juniors and seniors across the nation, the months of April and May bring with them an exciting time: Prom season. Yet for many lesbian, gay, bisexual and transgender (LGBT) students, prom is instead a frustrating and negative experience.

“For a lot of LGBT identified students they might not have the experience they wanted to have at a prom in high school, some might not be out, or some might not had other people who were not straight in their lives to go with to prom,” Stephanie Hunt, senior and president of the QSU, said. “It’s a nice social event to have that experience in a safe space that all people who are LGBT identified or allies can come to.”

The event put unique twists on traditional events like voting for a prom king and queen. Instead in this prom court, anyone could be elected prom king and queen, and it didn’t matter what gender or sexual orientation that person identifies with.

Senior Cliff Doby was awarded the title of queen mother and spoke about the importance of including elements like prom court.

“This is the first prom where you can bring your same sex, nonspecific gender, gender queer, whatever the hell partner you want to bring, you can bring them,” Doby said. “In high school growing up it’s very gendered, and it’s so amazing when we can host an event where in a way queer students are able to reclaim fun and be free, and not worry about being judged.”