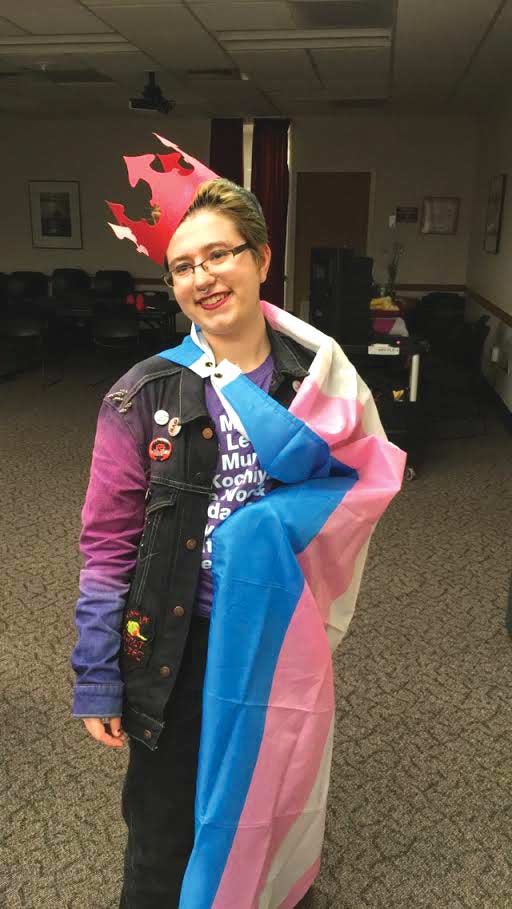 For a number of people, it can be unimaginably difficult to deal with trying to get your family and friends to reconcile who they think you are, and who you actually are; to get them to see you how you want and ought to be seen; and to get them to respect your identity even if they don’t understand, or can’t personally relate to it.

On Sept. 22 in the University Union, the PRIDE Mentors hosted Queer After Hours, an event that gave people a chance to mingle, make friends and learn about the PRIDE Mentor Program.

In an effort to ease the hardships many young people face – the difficulty of coming out to your community, the difficulty of not knowing what to come out as, or the difficulty of adjusting to being at college – the PRIDE Mentor Program at Towson University encourages students to  reach out to mentors and let them help with any issues stemming from LGBTQIA+ student life on campus.

The mentors are people who, regardless of age, race, gender or sexuality, have already acclimated to life at Towson University.

“It’s just a queer space to meet people,” said Symone Cypress, a junior EMF major. “You pretty much are assigned a friend, and they help you get used to Towson, the queer community, if you have a problem with your major – literally just anything, so that you have someone who is similar to you, and also shares queerness.”

The event started at around 6 p.m. with music, a taco bar and an activity table where people could make bracelets or paper crowns to wear.

“The theme for tonight is basically ‘Royally Gay,’ so we get to make our own crowns,” said psychology major Quinn Remich.

Remich is a PRIDE Mentor, even though they’re a freshman, because they spend time in the Center for Student Diversity’s Rainbow Lounge and heard about the program from their friends.

“I just started hearing about it around,” Remich said. “I decided, ‘Okay, why not do this because it’ll help people?,’ and I like helping people.”

Ellie Barr, a freshman marketing major, decided to make a Cleopatra-style headdress by combining the two elements of the craft table. They attended the event to make friends after realizing that their residence hall wasn’t very social.

“I kind of wanted to develop a community where I can relate to people and have a network, but also just have fun time to spend with people like me,” Barr said.

Along with food, music and a craft station, the event had a meme contest where anyone could take a printout of a viral photo and caption it. People could also participate in a trivia game that asked about the first Pride march in Washington, D.C., the origin of the word “lesbian,” the Kinsey scale, the Stonewall Riots and other cultural and historical facts relating to the LGBTQIA+ community.

For trivia, people had to get into teams of six to eight. A winning team, named “The Cheetahs,” after a common love for the film “The Cheetah Girls,” tied another team with 10 out of 12 answers correct.

Rylie Dufresne, third year French, Spanish and secondary education major, was one of few who didn’t participate in the trivia game; for them, the night was just about being yourself. Dufresne wore a transgender flag tied around them like a cape the entire night as a way of “being visible in a place where I know I can be safe, and kind of flaunting it.”

“It’s definitely compensating for when I’m out there and have to hide,” said Dufresne. “It’s comforting, and it’s pride in who I am.”

Dufresne is also a PRIDE Mentor and focuses on the aspect of having someone who understands what you’re going through in adjusting to college life, as well as in being queer.

“[Tonight is about] being at home with my queers, welcoming new and younger people into the queer community, helping them see ‘Wow, we’re all here, we’re all family,’” Dufresne said. “Also, the free food and free prizes don’t hurt.”

Queer After Hours offered attendees, whether part of the PRIDE Mentor Program or not, a place to unite not just as a community, but as people.

DeMarco Starchia is a freshman, but he’s already co-chair of the program, and feels very passionate about community outreach events like Queer After Hours.

“I love doing this,” Starchia said with a smile.

Anyone interested in the Mentor Program, whether in being a mentor or a mentee, can reach out via towsonlgbtmentor@gmail.com.