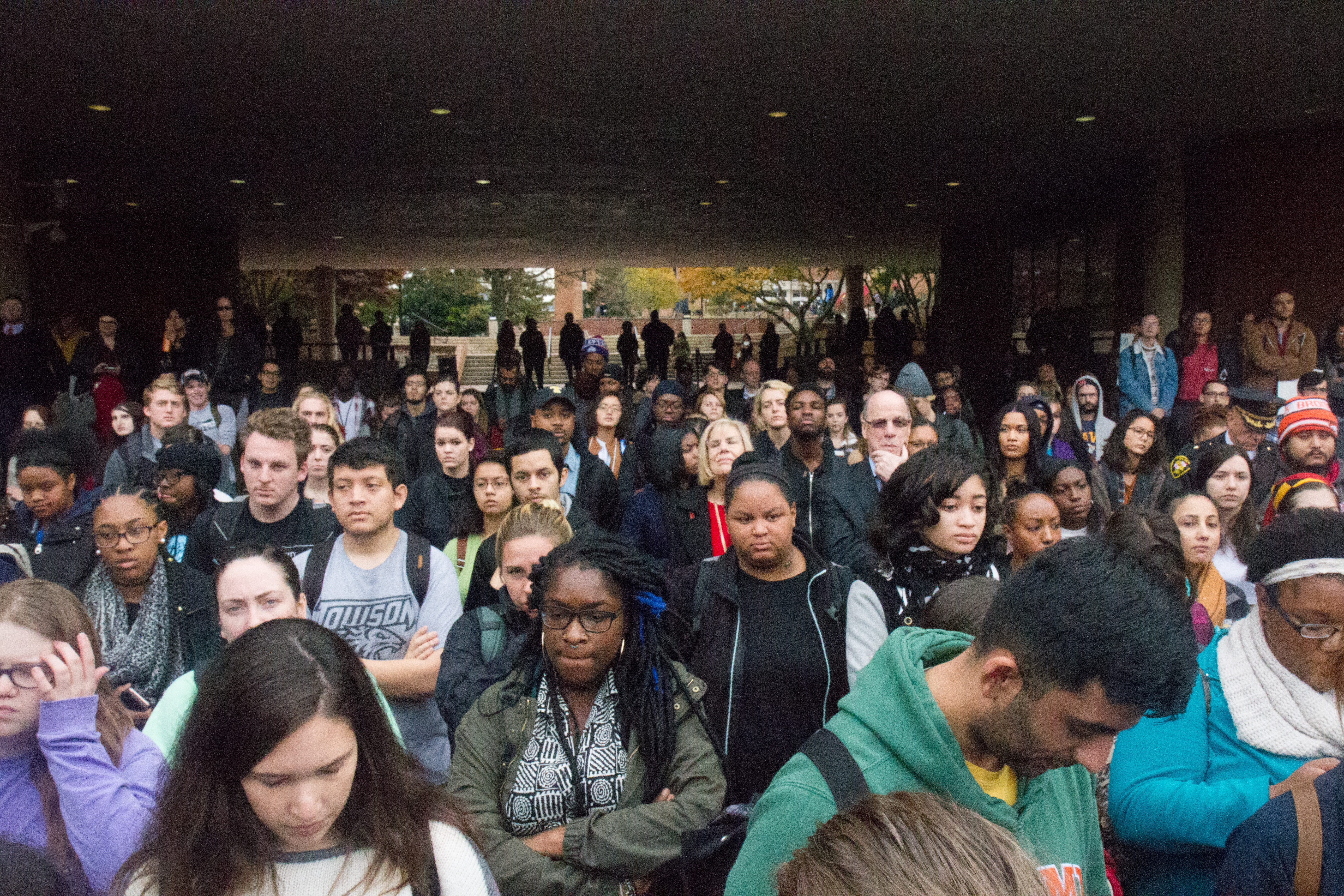 A series of racially-charged Facebook posts and comments have derailed an election where the two Student Government Association executive board tickets have nearly identical platforms.

Breya Johnson, who’s running for vice president on the “URTU” ticket, was the subject of a Facebook post from Andrew Zephir, a Towson student who said he is “involved in greeklife.”

Zephir in his intial post, said that Johnson “openly express[ed] racist remarks” and “does not care for the opinions of our white students.” He also referenced a video on Campus Reform, a publishing platform that’s funded by The Leadership Institute, which is a group that says it “increases the number and effectiveness of conservative activists and leaders in the public policy process.”

What Zephir was referencing was the “anti-Trump” walkout that was organized by the Social Justice Collective last semester. During the walkout, Johnson said, “I don’t care about white feelings right now.”

But, Johnson told The Towerlight in an interview, the social media posts targeting her were ignoring the “right now” part of her statement. She said that she was tired of white students at the rally “apologizing” and wanted to hear actionable plans or conversations about how to move forward.

“We didn’t want [white allies] to apologize,” Johnson said in an interview. “We wanted to talk about what happened.”

Since this article was initially published, Zephir made a statement to The Towerlight:

“I did not make the post with any sort of hateful or racial intent, I was criticizing a candidate’s previous statements. I have since been informed and talked to about the comment, and have changed my position. I understand her position and what she said now, and I apologized for taking her words out of context. The issue has already been resolved,” Zephir wrote.

Current SGA President Taylor James said she was “disappointed” in students who were indulging in racially-charged discussions about the election.

“It is frustrating to see that we still do have a ton of work to do in terms of working together as a campus to treat each other with civility and respect,” James told The Towerlight.

Missy Ronan, who’s running on the “Legacy” ticket as vice president, denied the rumors that she and the rest of her ticket were trying to take advantage of the social media posts.

“The thought we’d use it for personal gain, especially when I’ve worked with Breya all year [is] incredibly hurtful,” Ronan said in an interview. Ronan and Johnson have previously worked together as director and assistant directors of health and wellness in the SGA.

“That’s not what we’re to do,” Pat Mascio, the “Legacy” presidential candidate said in an interview. “Bottom line, if you support hateful ideology founded on ignorance, I don’t want your support.”