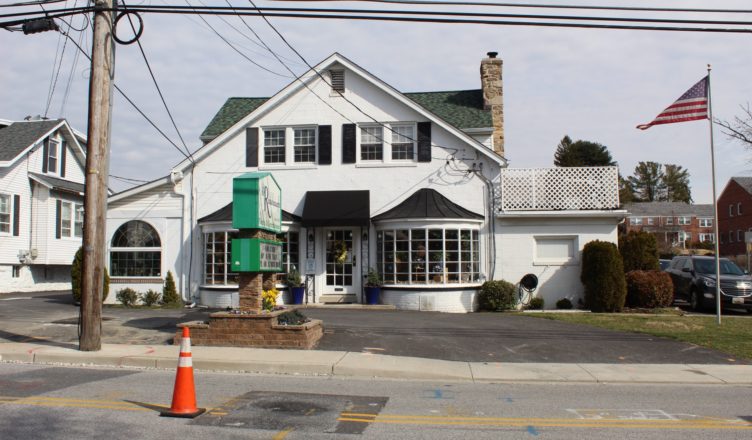 The development of Radebaugh Park in Towson prepares to enter phase two of its construction after a wet 2018 delayed the seeding of the grass.

The anticipated Radebaugh Park, established on land that was purchased by the county from the Radebaugh family’s floral company in Towson, is finishing up the first phase of its three-phase long project. The floral company is still in business and operates on Burke avenue, according to Carol Newill, co-founder of the Green Towson Alliance.

The Green Towson Alliance, an organization of environmental activists from the neighborhoods in Towson, has been instrumental in the development of the park, said Paul Hartman, vice president of Aigburth Manor, a neighborhood next to the park.

Newill established a Radebaugh Park work group within the alliance where they have monitored and helped the county get the park ready. She recruited three professional landscape architects for the work group who created a design that sculpted the land into terraces, hillsides and swales for the storm water. The county agreed to adopt most of the plan, according to Newill.

The first phase of the park was to shape the land and put down topsoil and grass. The land has been shaped, but still needs to be planted on. Once the grass has grown in enough to be walked on, the park will be open to the public.

“The land’s been shaped and to finish this phase one we’re going to put down about six inches of topsoil and then put grass,” Newill said. “The park will open to the public as soon as the grass has grown in enough that people can walk and play on it, which I hope will be this coming August.”

Phase one was planned to be finished last fall, though the record-breaking rainfall of last year made the ground too wet to be planted on.

“Right now, it’s just a pile of dirt,” Hartman said. “The plan right now is to put sod down, which should be done fairly shortly, and then later in the spring over seed with grass seed to help fill in all the gaps and things.”

According to Newill, phase two has been set in motion and consists of bringing in park amenities. These amenities include trees, benches, bike racks and paved pathways to get to the benches. The design for phase two has been developed and is waiting to be funded.

“Right now, I’m focused on trying to get the money to pay for phase two,” Newill said. “I, and two members of my work group, submitted a grant application about a month ago for money to pay for some shade trees at the entrance to the park.”

Maryland Delegate Steve Laferty and State Senator Chris West have sponsored a state bond bill to pay for phase two, which Newill and her husband testified in support of in Annapolis a few weeks ago.

“If we get it, that could be $100,000 and the county would match the money,” Newill said. “Then we would have $200,000, plus this other little grant if we get that, to pay for the items for phase two, starting with the trees and the benches.”

As the park enters phase two of development, the Green Towson Alliance has organized a community group called Friends of Radebaugh Neighborhood Park. The group is made up of neighbors of the park that want to get involved. The group held their inaugural meeting last month at the First Church of Christ, Scientist right next to the park.

The group wants to weave, plant daffodils, help come up with celebrations to encourage people to use the park and create a committee for park security.

“I live right next door to the park so it’s going to be delightful to look out the window and see grass growing,” said Richard Ames-Ledbetter, a member of Friends of Radebaugh Neighborhood Park. “They’re getting ready to plant or seed or sod the field within the next month so that’ll be a big thing when it turns green.”

Phase three, which isn’t expected to be started for a few years, consists of connecting the park with the Herring Run stream and Aigburth road. Funding for phase three will need to be raised after phase two is completed.

The park, located on Maryland Avenue, off of Burke Avenue, is in close proximity to off campus housing for Towson University students, making Radebaugh park a green space for students in the community to use.

“I hope the students help too,” Newill said. “There are a lot of students in the Donnybrook apartments, and I hope they feel like this could be their neighborhood park too and they could come out and help plant and weave and pick up trash and be able to have picnics there.”

Hartman added that the park’s abundance of space will allow more areas for community residents to hang out.

“It will be a great place for people just to go,” Hartman said. “Green space is very important, and in the Towson area we have a deficit of green space. There aren’t a whole lot of great park areas that people can go and throw the frisbee around or sit on a bench and enjoy the outdoors, so this will be a really good place.”