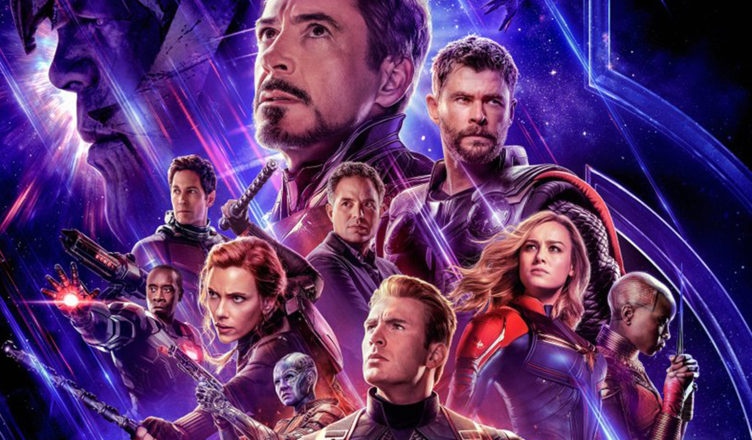 There 14,000,605 things I could say about this movie, but I only have time to say a few. After 11 years, 22 movies, and millions of fans captivated by the visual and emotional phenomenon, phase three of the Marvel Cinematic Universe has come to a close. With the events of ‘Avengers: Infinity War,’ as well as ‘Ant-Man and the Wasp,’ still lingering in our minds for a year, ‘Avengers: Endgame’ finally resolves each character’s arc and the plot as a whole. As to how well it was done…is more complex.

I’ll be real with you, I almost walked out after the first forty-five minutes of this three hour and two minute movie. I absolutely love the MCU, and I have been so excited for this movie since the moment ‘Infinity War’ ended. So for the first act of ‘Endgame,’ I can’t say I wasn’t a little disappointed. It was way too rushed, and it was as if they pushed aside all of the stakes they already had set up to get to this new plot device they wanted to enact.

The choices they made after a time jump were a little jarring, although I do understand them, but all the same I felt like the writers had literally picked ideas out of a hat. Had there been more time for explanation, it might have worked better. I think this movie suffers overall from having too much packed into it. Even being three hours, there was too much that felt crammed, and every act feels a different tone, and seems completely separate from one another.

All that being said, let me tell you, this was some of the most anxiety I have ever had in a theater. Once I accepted the beginning, I was able to enjoy the light-heartedness we needed after the last movie. But you don’t even see it coming. Faster than you even realize, stuff goes down.

There are big character arc surprises, incredible moments that made me so overwhelmed I almost cried, and an inexplicably stunning cinematic finale. Although looking back, I still think the movie overall is not the best it could have been, the climax is incredible to watch, no matter what.

The crux of the movie, as well, is very well done. Once we get into the heart of the plot, it’s really riveting, and keeps your attention. There are great callbacks, a myriad of Easter eggs, and plenty of jokes, most of which are funny. We do get to see bigger use of characters who I feel have been pushed to the side or overshadowed, and there are many charming and heart-warming moments that have to do with the thing central to the MCU: families, in every sense of the word.

All in all, I had a great time watching it in the moment, but I do not think this was the best they could have done. The choices made were definitely unexpected, whether or not in a good way. I feel conflicted considering this is the last Avengers movie in this arc of the MCU, and it did give me an ending with great closure, but the first act of the film really does a number to lessen that for me a bit to where it’s not completely satisfying. No matter what, though, one of my favorite moments is the last shot, which not only makes perfect sense to end on, but gives that sense of hope and comfort this entire universe has given us.

Make no mistake, I did enjoy the movie. I haven’t been so riveted in a while. And there are great moments. I have nothing but respect for the Russo brothers and everyone who has worked on these films for the past decade and did something no one thought possible. I could never make a finale even this good, so the fact that it even exists is, well…a marvel. I’m sad to see this arc of it finished, but excited to see what comes next. ‘Cause when it comes to Marvel films, I can do this all day.