College is a time for students to broaden their horizons; but for students studying outside of their home country, their college career is quite a literal expansion of their worldview.

Omar Almalki, an international student from Saudi Arabia, came to the United States six years ago to study English. Almalki, a senior finance major, has studied at Towson for the past four years.

Almalki said that being in the United States has made him more aware of a diverse range of people and cultures.

“I have a lot of experience in the U.S. since I came from a different culture…. America is about a multicultural society, so you get exposure to multicultural people and get to know about a new culture,” he said.

“We’re at a relatively progressive school, but I think being associated with international students helps others to be associated with the rest of the world and learn about a lot of different cultures,” Joseph said. “That kind of just opens your eyes to be more understanding, so having global competence is crucial to ultimately being a better person because you understand how to tolerate difference.”

Joseph, who is a senior mass communication major, has studied abroad twice: once as part of a two-and-a-half week, faculty-led program in Barcelona two summers ago; the other time for five months in Scotland last spring.

While studying abroad, Joseph said she had three Chinese roommates who expanded her understanding, appreciation and respect for Chinese culture.

According to NAFSA: Association of International Educators, about 10 percent of U.S. graduates studied abroad during the 2015-2016 academic year.

Joseph acknowledged that some students can be conflicted about the decision to study abroad.

“I know studying abroad is hard for a lot of students to consider…. Finances come into play,” she said. “Being afraid to go out of your comfort zone, leaving your family and friends – I know it’s really hard to fathom because I didn’t think I could at first. But I think it really changes you as a person so I always encourage everyone to at least consider it as something that’s a possibility for them.”

If students are considering studying abroad, but are unsure about whether they will be able to afford the trip, Joseph urged them to seek out financial aid and scholarships.

“For students who have the barrier of financial problems, we do offer scholarships through Towson and then we also direct students to external resources,” she said.

Financial aid at Towson is transferrable to the school where a student studies abroad. If a student participates in an exchange program, they are able to pay Towson tuition.

“It makes it possible for everyone who wants to have that experience and maybe thinks they can’t because of costs,” Joseph said.

Joseph said the Study Abroad Office focuses on “communicating and preparing students who are about to go abroad with what they’re going to be expecting, how they can be safe while abroad, how to expect and handle culture shock, and how to acclimate when you return home.”

Almalki said that initially it was difficult to adjust to the United States when he first came here.

“At first here, I experienced culture shock, but then I got adapted to American culture,” he said. “There was a lot of experience through the schooling, through rules here, getting license. Since I came to the U.S., there were more responsibilities for me, like I had to rent an apartment.”

Since being in the United States, Almalki said he has acclimated to life here.

Now, Almalki is an intern for the International Student and Scholar Office. He said ISSO is a helpful resource for international students at Towson.

ISSO works with international students who are seeking a degree from Towson University. The Study Abroad Office works with exchange students to connect them with programs spanning the minimester, one semester, or multiple semesters.

Joseph commended ISSO for the welcoming environment they create for international students.

“It’s a group of individuals that are really accepting of one another, so just being around that atmosphere is really spirited and inspiring so it’s kind of inspired me to share that with others and promote the importance of global competence.”

While some students experience culture shock while in a new country, Joseph said the most difficult part for her was returning to the United States.

“Getting there, you’re excited; it’s what we call the ‘honeymoon phase,’” she said. “You have phases of culture shock and I never actually got into where I was really really missing home because I was just always busy, always having fun. Coming home is the hardest part.”

When students do return home, Joseph said the Study Abroad Office encourages them to maintain their involvement in cultural events.

“What we recommend for a lot of students when they’re coming back is to engage in other international affairs or activities,” she said. “That’s why I joined the Study Abroad Office because I got home and was like ‘that can’t be it.’ I went abroad once and I went abroad again, so a lot of students come back and they’re like ‘well, that’s such a different life. How do I readjust?’ And so we have that information for students on our website [and] on our blog [about] readjusting when they come back in.”

After graduating, Almalki plans to return to Saudi Arabia where he will seek a job in the financial sector with the tools Towson equipped him with.

“The reason for me choosing finance is because my family — most of them are business majors — and I decided I love math, so finance basically has a lot of math and analyzing stuff. Besides, I want to start my own business in the future, so I need to know all about financial stuff.”

The Study Abroad Office hosts daily info sessions in the Psychology building, room 408, at 2 p.m., where students can learn more about studying abroad, and meet with a peer advisor to talk about different programs, program types, financial aid and scholarships.

Joseph said that studying abroad is beneficial, but it’s not the end-all-be-all. She said students should still consider travelling and living among other cultures after college to aid their personal growth and professional development.

“There’s a lot of people that are very set in their ways and think, ‘Oh, I love Baltimore. I’m going to stay here forever,’ which is perfectly fine, but there’s so much out there,” Joseph said. “There’s so much to see and you can’t help be naïve or ignorant if you’ve never seen the world or experienced other cultures. It’s all hearsay until you actually witness it.” 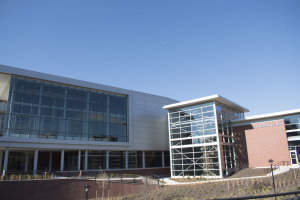 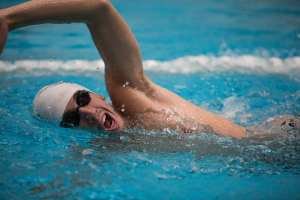