A few weeks ago, I wrote a column critiquing NASCAR’s ARCA Menards Series. In that piece, I argued that ARCA, suffering from drops in car counts and competitive teams, was hanging on by a thread and that NASCAR should pull the plug on the once proud series.

Turns out someone from ARCA read that column and they reached out to me to offer a counter-point.

Last week, I had the pleasure of chatting with Charles Krall, the Manager of Communications for ARCA. He had read my column and wanted to offer his opinion on the state of the series. Krall agrees that things looked bleak in 2020 but ARCA had only hit a mere speedbump.

“We know the car count situation was pretty bad last year,” Krall said, “but there are bright days on the horizon. We have the full support of everyone at NASCAR and Menards.”

For those who didn’t get to read my original piece, a quick recap might be necessary. ARCA is the fourth-tier championship of NASCAR that originated as a rival racing series based in the Midwest during the 1950s. During the 2010s the series saw a rapid decline that was expected to be halted when ARCA was bought out by NASCAR in 2018.

But when the series fully merged with NASCAR in 2020, things looked worse. Car counts had plummeted, and the level of competition had gotten so bad that some drivers were speaking out against it.

According to Krall, these issues can be traced to one culprit. One we all despise. COVID-19. Because of the global pandemic, many teams had to shut down due to a lack of funds and other teams had to downsize, leading to dwindling fields. Thus, changes to the rules had to be made in order to accommodate smaller fields, leading to the lack of competition.

“Because of the circumstances we were in, we couldn’t just do things as normal,” Krall said. “If we cancelled the season and took the year off because we couldn’t get full fields, it would destroy the series. And look. We got through 2020, and we’re still here.”

Krall has been around ARCA for ages. His grandparents worked with John Markham, the founder of ARCA, during the 1960s and 1970s. His first paying job was selling programs at an ARCA race when he was ten. He’s been the manager of communications for ARCA since 2018. If anyone is an expert on this series and how it is run, it’s him.

“Our series has evolved over time,” Krall said. “It’s a completely different series from when guys like Frank Kimmel were racing.”

Oh yeah, Frank Kimmel. I can’t believe I never mentioned him in my original piece. Kimmel is the undisputed G.O.A.T. of ARCA. A 10-time champion who dominated the sport during the late 1990s and 2000s, he is considered as of the greatest stock-car drivers of all time. His retirement in 2016 can be viewed as the turning point for ARCA, as he was the last of the veteran drivers of ARCA’s heyday to pack it up. When he left, the series completed its transformation into a developmental series.

According to Krall, that is where the future lies for ARCA.

“We’re pretty comfortable with where we are in the NASCAR totem poll,” Krall said. “We understand that we aren’t the racing world’s equivalent of Major League Baseball. We’re a minor-league series, and we have to focus on being a place for young drivers to come and show their skills.”

He’s right. During our conversation I began to realize that my initial critique of the series may have been a tad too harsh. I still stand by my argument that ARCA is on life-support but maybe we shouldn’t pull the plug so soon.

But by far, the biggest takeaway I had from this conversation was that ARCA is going to become very crowded in the next few years. Here is why:

ARCA teams have historically used older NASCAR Cup Series cars in their races, generally running older model cars. Well, NASCAR is currently testing a new car for 2022. When that car becomes the current generation, there is going to be a surplus of older generation stock cars lying around.

And who do you think is going to buy and race those older cars? ARCA teams.

“If we can get those cars here, ARCA is going to look a lot different five years from now,” Krall said.

For the sake of ARCA, I hope he’s right. 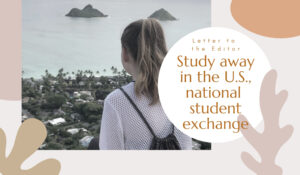 Previous post Letter to the Editor: Study away in the U.S. 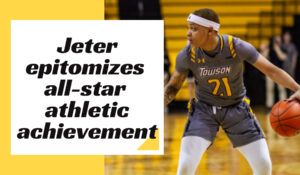