As we draw closer to the end of the 2020 NASCAR season, several lower divisions have wrapped up their seasons. Among them is NASCAR’s  ARCA Menards Series.

How do I sum up ARCA?

Well, it’s what would happen if you took a bunch of amateur drivers, put them in NASCAR-level stock cars, and let them loose on a professional track.

It’s like one of those shock videos that show up on the deep corners of the internet: so terrible, yet you can’t look away.

You can probably tell I’m not the biggest fan of ARCA. That’s an understatement. I despise this series, and if NASCAR has to make any cuts to its series in the future, I am fully for the ending of ARCA.

To understand my hatred of this series, a brief history lesson is needed.

ARCA began as a  racing series alongside NASCAR in 1953. Based in the midwest, ARCA focused on racing in locations that NASCAR didn’t frequent, often holding events with amateur drivers, young up-and-comers, or guys and gals that didn’t have the money or equipment to race in NASCAR.

As stock car racing expanded out of the south during the 1970s, ARCA began expanding as well. Major races were held at larger tracks, including Daytona International Speedway, the home of NASCAR. But ARCA never directly challenged NASCAR. It was always viewed as a younger brother.

As the 1980s and 1990s rolled through, ARCA reached its peak. An established group of veteran drivers emerged, many of whom had NASCAR experience. The talent level rose, and so did the competition. Many future NASCAR stars made their first starts in ARCA.

As the 2000s came, so did changes. Many of the established stars retired, and younger stars emerged to replace them. ARCA was rapidly changing, and so was the talent level.

Many of the younger drivers that began racing in ARCA during this time were just beginning their major-league stock car careers. And it showed. ARCA races began to devolve from actual stock car races to demolition derbys. In the 2005 season opener at Daytona, all but 12 of the 41 starters crashed out.

This drop in talent and competition led to a drop in ratings. And soon, ARCA found themselves struggling financially. By 2018, car counts had dropped dramatically. And ARCA was looking for a solution.

That solution was to be bought out by NASCAR.

This leads us to today. 2020 was the first season in which NASCAR sanctioned ARCA. And the season that just wrapped up was horrendous. Looking at what ARCA was ten years ago, we can see just how far the series has fallen.

Competition is dead in ARCA. 93 total drivers made at least one start during the 2020 season. Only four of those drivers ran full-time for the season championship.

ARCA has become a bottomless pit where driver careers go to die. Its purpose as a series for grassroots racers has long been forgotten. Many young drivers now try to skip it entirely while climbing the NASCAR ladder.

So the solution is clear. ARCA needs to end. Rather than keeping this dying series on life support, NASCAR should pull the plug.

2 thoughts on “NASCAR should end the ARCA series” 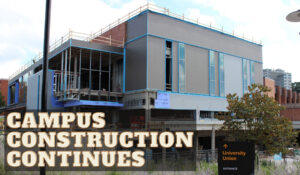