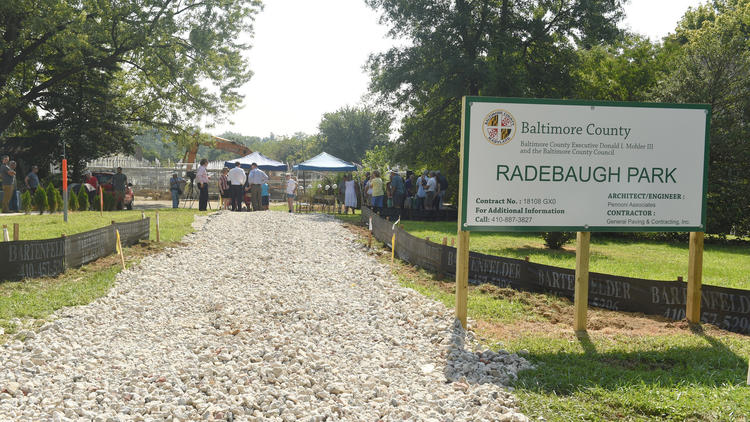 Photo courtesy of the Baltimore Sun

In the summer of 2020, the Olympics will feature skateboarding for the first time and Bill Felter, an Army veteran, Baltimore resident and skateboarding enthusiast, is worried that it will create an increased interest in the sport with no where for new skaters to practice. That is why he, and the rest of Baltimore County Skateboard Council, are working to get new skate parks and dots set up in Towson.

Felter first approached the Baltimore County Department of Recreation and Parks during the summer of 2017 with ideas to improve the parks that already existed in the county, and it was the department’s idea to create the council as a way to move forward and address the needs of skateparks.

“The process we’re going through is called a Citizen Generated Capital Project,” Felter said. “The way it works is that a citizen or in our case, council, can complete a project, in this case a skatepark, on Baltimore County property. We will develop plans for an all-new concrete skatepark and solicit bids from professional skatepark builders and submit them to the County for review and approval.”

If the plans are approved, then the project would be awarded to the county approved contractor.

David Marks, Towson’s councilman, supports the development of a skate park at one of Towson’s existing recreational areas.

“Recreation means more than little league,” Marks said. “It means providing venues for people of all ages to enjoy activities, whether they are pet owners who want recreation for their dogs or skateboarders who want a place to enjoy their moves.”

Felter added that people have been “illegally” skating in Towson for years, and he wants to give people a place where they can skate without the fear of being hit by a car or chased away from their skating spot.

“The Greater Towson area is centrally located within the County,” Felter said. “The Towson area has dozens of turf fields for soccer, lacrosse, and football, baseball diamonds, basketball courts, tennis courts, and playgrounds but not one skatepark. Having a skatepark located within a reasonable distance of that large of a population just makes good sense.”

Rebekah Rivas, a senior deaf studies major, feels that a skate park in the area would be beneficial for students because she is afraid TU skaters will get hurt on campus.

“There’s so many stairs on campus, I’m so afraid that somebody is going to fall over and break themselves,” Rivas said. “On top of that, there’s construction and the grounds uneven so it could be a hot mess for them.”

Felter hopes to see what he calls a skate dot located at Radebaugh Park, which is located across the street from Towson High School. The county is converting the land, which they purchased from Radebaugh Florists, into a community park and a group called “Friends of Radebaugh Neighborhood Park” have been asking the community about what amenities people would like to see there.

“We will be proposing the inclusion of a small, dedicated skateboarding area, a “Skate Dot” that incorporates skateable art and sculptures in its design,” Felter said. “Since this will be such a unique project, we’re making this a collaborative effort. We’ve been in touch with students from the Morgan State University’s Landscape Architecture program, the Art Departments at Towson University, Towson High School and the Carver Center for the Arts and Technology to enlist their talents in helping to design a one-of-a-kind Skate Dot that completely blends into its surroundings.”

Project management major Anthony Kiv said that when a skate park opened up in his hometown of Virginia, it became a popular hangout spot.

“I’m not sure how the situation was before, but they used a wide open area,” Kiv said. “When they opened the skatepark though, everyone was there.”

Marks’ only concern with the project is park maintenance and volunteer support, though he has supported the council the entire way through the process.

“I was happy to help guide the Skateboard Council and arrange early meetings with the leadership of our Department of Recreation and Parks,” Marks said.

Felter ultimately hopes that there will be a network of three to four regional skate parks linked together by neighborhood skate spots and dots.

“It’s very ambitious but in a county with a population of more than 800,000 it’s what’ needed to adequately fill the recreational need,” Felter said.

Previous post How to have the perfect ladies’ night