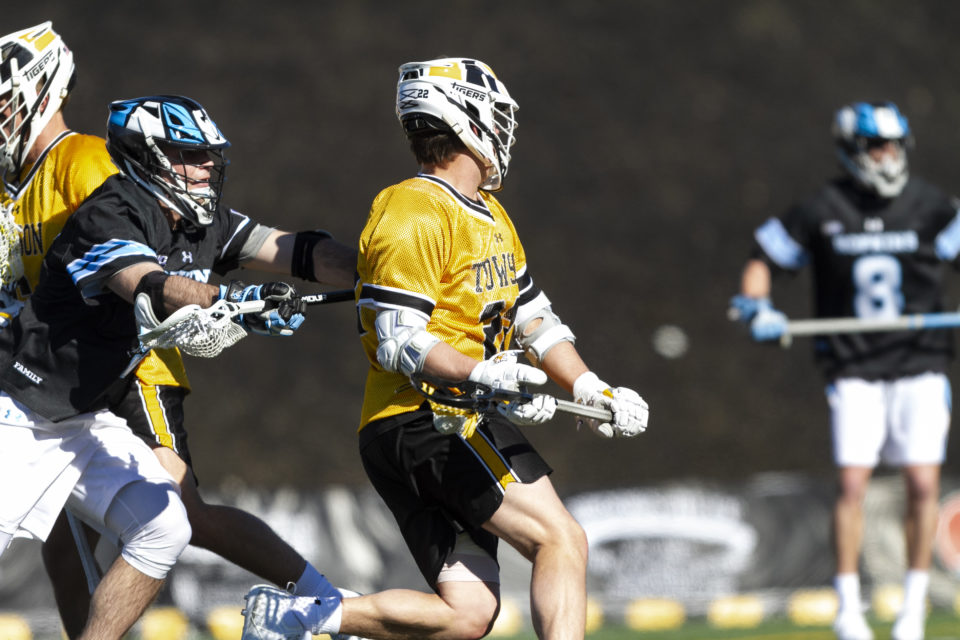 The Tigers final regular season game would be a battle all the way to the final whistle as the Drexel Dragons refused to go away. Despite surrendering the lead midway through the fourth quarter, Towson (9-4, 4-1 CAA) came back to defeat the Dragons (6-7, 2-3 CAA) 11-9 and clinch the No. 2 seed in the upcoming Colonial Athletic Association (CAA) Tournament.

“I thought the guys did a good job playing through a good bit of adversity,” said Head Coach Shawn Nadelen. “We started the game out, we had quite a few penalties in that first quarter. It’s tough to get a rhythm on that and settle into the game that way.”

The game’s back-and-forth storyline went into effect from the beginning. The Tigers’ start was not ideal, as the Dragons struck first just over two minutes into the game. Drexel’s opening goal came courtesy of a man-up opportunity.

Towson would respond with two goals in 95 seconds as senior midfielder Timmy Monahan and junior midfielder Jake McLean got on the board. The lead wouldn’t last long, however, as Drexel would again capitalize on the extra man advantage to tie the game at two.

In the second quarter, Monahan would get another chance on net from the left side of the crease, and would go high to get his second goal of the day.

“It’s been great to see [Monahan] respond with the past couple games after being sub-par, for him, in the previous couple games.” said Nadelen. “He got us going early and it was good to see his emotions.”Monahan would finish his afternoon with a season-high four goal performance.

The Dragons went on a three-goal run before Monahan’s third goal with two and a half minutes left in the half cut Towson’s deficit to just one as Drexel entered halftime holding a 5-4 lead.

Fortunately for the Tigers, the third quarter would prove to be their strongest as they would outscore Drexel 4-2 despite the Dragons leading in shots on goal 9-4. Junior goalie Tyler Canto was a key part to that third quarter, recording seven of his 17 saves in the third.

In the fourth quarter, Towson hit a bump in the road as Drexel took a 9-8 lead with 7:48 remaining. That is when junior midfielder Jack McNallen, taking faceoffs for the injured captain and senior face-off specialist Alex Woodall, sparked the Tigers by winning the ensuing draw and taking the ball down field for a quick strike to tie the game at nine.

But the junior wasn’t done there. After Jake McLean gave Towson the lead with 2:14 remaining, McNallen would do it again, giving the Tigers an 11-9 lead with 2:10 left and firing up the Towson bench.

“I couldn’t have been more happy for Jack and for our team to benefit from it.” said Nadelen. “For Jack to step up at that moment, obviously you can’t ask for a better response than to win the next faceoff, come right down the middle, and stick it home.”

Next week the Tigers will travel to Amherst, Massachusetts for a CAA tournament semifinal match up against the No. 3 seed Delaware Blue Hens on Thursday, May 2 at 7:30 p.m. The game can be streamed for free online via Lax Sports Network. 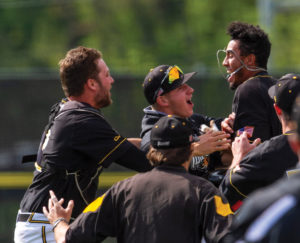 Previous post Tigers walk off to stay in contention 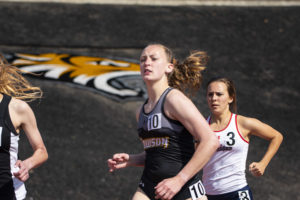