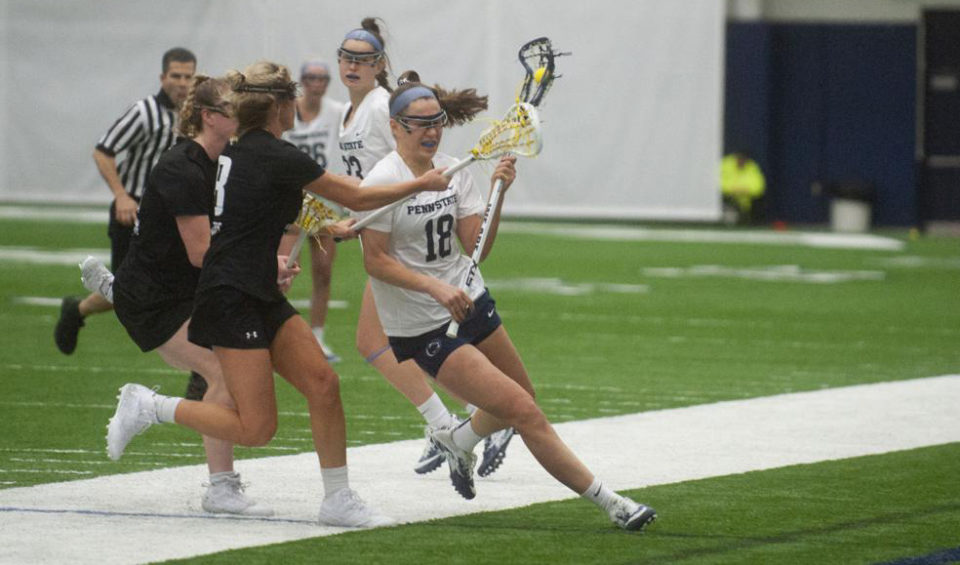 “Penn State made some good adjustments in the second half that we were unable to execute answers for,” said Head Coach Sonia LaMonica. “I would have liked to see our team respond better under that pressure, but that will come with experience. We will need to be fast learners.”

The back-and-forth first half featured two goals from junior midfielder Annie Sachs, her second goal came late in the half to put the Tigers ahead by one at the break.

“Annie definitely has a knack for getting to the cage,” LaMonica said. “She did a good job of inserting her dodging practice into the game, squaring up, and splitting to her weak hand, which is where the space was.”

The tides began to turn when Penn State went on a 6-1 run to start the second half, with goals from four different players.

“I predict Penn State will have a very strong year,” LaMonica said. “They are loaded with athleticism and skill, and they helped expose where we need to focus our development.”

Sophomore Kaitlin Thornton scored two goals in the second half for Towson while senior Natalie Sulmonte scored one in the period.

“We are leaning on Kaitlin and Natalie to be steady offensive leaders for us,” LaMonica said. “They both have experience, and the competitive drive to step up and make a play when we need it.”

Freshman defenseman Erin Williams and freshman attack Kerri Thornton both started in their first games for the Tigers.

“Erin and Kerri both really held their own in their debut and I’m very interested to see just how impactful they become as experience grows,” LaMonica said. “Sky is the limit.”

The next game for the Towson Tigers is on the road this Saturday against the Georgetown Hoyas with game time set for 3 p.m. 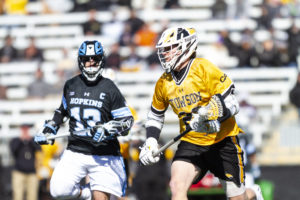 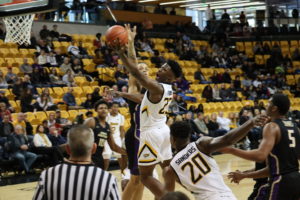