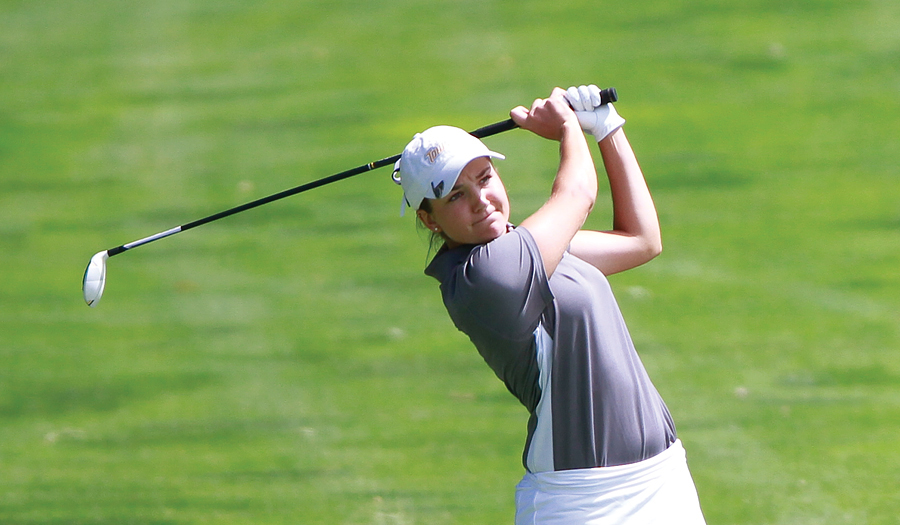 “We played three solid rounds as a team this weekend in a very competitive field,” Head Coach Kate Schanuel said. “We are taking care of the details and sticking with the game plan. I feel that we are picking up where we left off from the fall and will clean up a few things over the next few days to be ready for [the conference tournament].”

Junior Larissa Spiess led the Tigers with a 228, putting her at 21st overall out of 68 players. Her third-round score of 71 (one under par) was the second-best in school history.

After the first two rounds were played on Saturday, the Tigers sat 11th overall.  Spiess played well the remainder of the tournament for Towson, helping it advance two spots on the leader board.

“It always helps when you count a score in the red,” Schanuel said. “I’m happy for Larissa as she has worked really hard on her mental and physical game.”

“This weekend and specifically today’s round were highlights,” Schanuel said. “Counting Spiess’  71, Bosdosh’s 78, Unger’s and Hios’ 79 today was key in posting a good closing number. They are all capable of going low. It’s just a matter of putting those rounds together on the same day.”

“We are just going to continue working on things and stay motivated. It was good to finish with solid play going into conference,” Unger said.

The Tigers will now set their sights on the Colonial Athletic Association Championships on April 17-19 in Southport, North Carolina.