Head Coach Mike Larkin and the Towson University Men’s Golf program are looking forward to beginning a new season after the Tigers had a positive fall season.

The team looks to build off these positives and improve throughout the spring position themselves to win the Colonial Athletic Association (CAA) championship.

“Leading up to CAA play last season, we had played a lot in the Northeastern region in cold temperatures and rain and I do not think it is the best preparation for CAA’s,” Larkin said. “I scheduled three events in locations with better weather in order to practice and play in better conditions.”

A player to look out for this spring is sophomore Kobdech Rodrat, he goes by the nickname of “Game” and he surely has a ton of it on the golf course.

“Game is a good kid and he is only a sophomore so I expect him to continue to develop his game and keep improving,” Larkin said.

In the fall, Rodrat finished with a team-best 72.8 average over thirteen rounds.

The Tigers kick off their spring season Thursday, Feb. 21 in Goodyear, Arizona competing in the Loyola Invitational for the second consecutive year.

Senior William Bachelor had a remarkable outing in this event last year, finishing fourth individually with a score of 201 (68-65-68). With this historic performance, Bachelor is now the lowest scorer in any tournament in Towson men’s golf history at 15 under par. The score of 65 was a career low for Bachelor and also the third lowest round in the program’s history.

“Will was our lowest scoring average in the fall and I’m looking forward to seeing what he has in store for us in his final semester here,” Larkin said. “He was phenomenal at this event last year. I don’t expect him to make history again but I’m sure he will carry that good play over into next week.”

Towson will host its Spring Invitational tournament in early April at the Prospect Bay Country Club in Grasonville, Maryland.

The CAA Championships will take place at Pinehurst, North Carolina at the Pinehurst No. 8 course from April 19 through April 21. 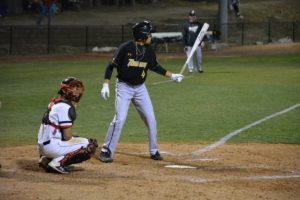 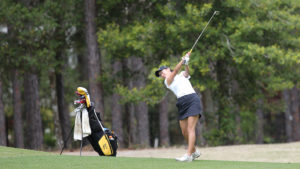