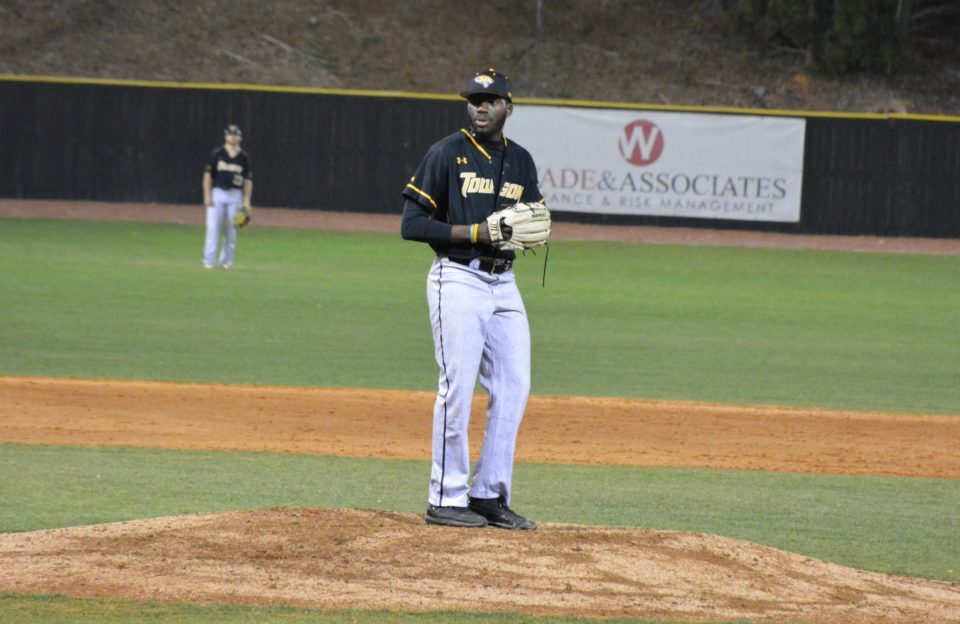 The Tigers’ opening series of the season featured new players making their mark early, but Towson fell in all three games to the Davidson Wildcats.

“We have a number of guys that Friday night was their first time on a baseball field at the D-1 level,” said Head Coach Matt Tyner. “We were amped up, ready to play, but we were a bundle of nerves.”

The second game of the Saturday doubleheader was a low-scoring affair.

After falling behind 1-0 in the fourth inning, Towson (0-3) responded on a RBI single by redshirt sophomore Dirk Masters, scoring freshman outfielder Javon Fields, who reached base on a triple to right field.

Davidson took the lead back in the sixth inning on a sacrifice fly and increased their lead in the eighth inning after a pair of errors by the Tigers.

The first game of the Saturday doubleheader started off with a delay, with inclement weather moving the start form 2 p.m. to 3:30 p.m.

Once the game started, it was rough sailing for the Tigers, with Davidson (3-0) scoring the first 13 runs of the game.

Towson finally got on the board in the seventh inning when redshirt junior outfielder Tom Flacco and freshman catcher Trent Gast-Woodard drove in three runs.

“Looking at Flacco, who hasn’t played for five years, he’s played in front of 50,000 people before and he gets it,” Tyner said. “He came in with something to prove.”

This is the only offense the Tigers would produce, falling to the Wildcats 15-3.

The season opener saw efforts from many new members of the team. Gast-Woodard hit his first career home run, tying the game at two.

Flacco also produced in his first career game for Towson, going 3-for-4 with one run scored and drove in another run.

The Tigers struggled to keep Davidson off the board, falling to the Wildcats 13-5.

Despite being swept by the Wildcats, Towson saw great production from some new arrivals that they can be proud of.

The Tigers will travel to Kennesaw, Georgia to face Kennesaw State for a three-game series beginning on Friday, Feb. 22 at 4 p.m. 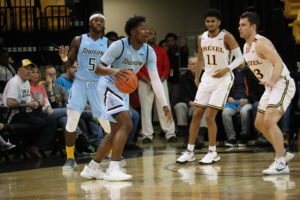