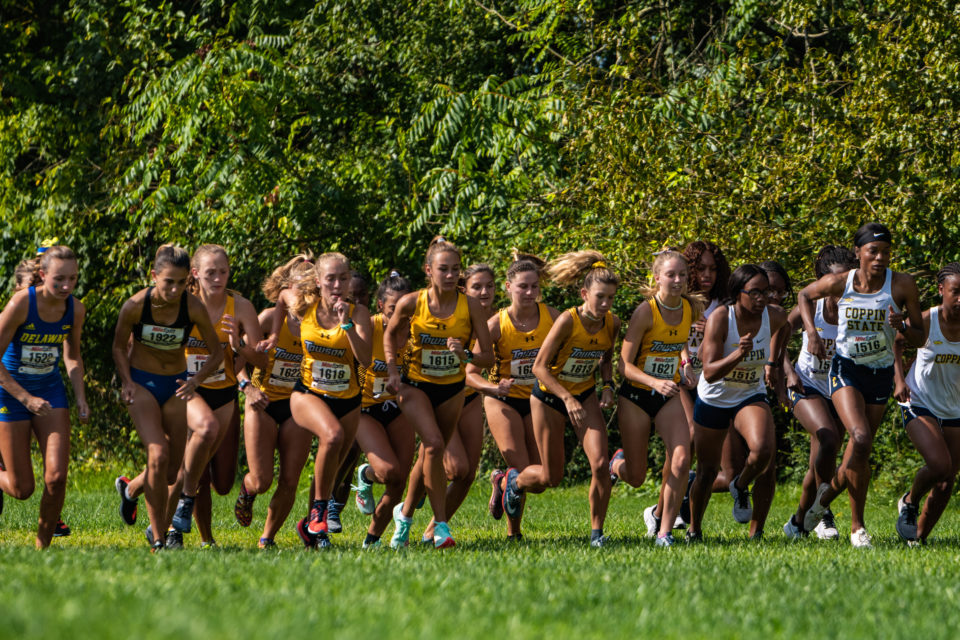 The Tigers opened the 2019 cross country season by placing third in the Towson Invitational with 52 points on Friday, Aug. 30 at Oregon Ridge Park in Cockeysville, Maryland.

“Our goal is always to win, but the meet was a lot more competitive than it’s ever been before with some other teams coming,” said head coach Mike Jackson. “We took a bit of a conservative approach with our team, so there was some good individual performances, but we think it’s something that we can build on and really focus on in championship season later in the year.”

Sophomore Olivia Janke and freshman Kylie Anicic placed first and second in the 4,000-meter run with a time of 15:32.4. Both runners only finished 0:00.4 seconds apart from each other.

“We’re sure they’re excited,” Jackson said. “This is their first time running at the home meet. Olivia did not run in it last year and then Kylie was playing soccer at Temple last year at this time so she’s actually a freshman, eligibility-wise, in cross country so they’re happy with how they started and we’re looking forward to how they will continue throughout the season.”

Freshman Alison Betler finished her first college meet with a time of 16:16.1.

Sophomore Elizabeth Vaughn timed 17:39.3 which was 11 seconds faster than her performance at last year’s Towson Invitational.

Senior Melissa Graham timed 17:52.2 which was an improvement from her time at last year’s Towson Invitational by four seconds.

“That’s good competitively to do that, but ultimately it’s our overall team place and where they place individually to help us perform better as a team,”  Jackson said. “The individual performances in terms of time is solid, but we’re more focused on the place so that’s what we’ll work on in the coming days.”

Sophomore Nicole Bezborodko finished with a time of 17:27.1.

The Tigers will compete at the James Madison Invitational on Saturday, Sept. 14 in Harrisonburg, Virginia.

“We’ve never been there and that’s also where our conference championships will be so we’re going to take a very serious approach to competition and look to see where we fair with some of our other conference competitors,” Jackson said. “We’re really excited about competing there in two weeks.”

The terrain is always a focus for cross country runners and preparation for the next event is no exception.

“Just really good training,” Jackson said. “Focus on some good hill work and getting ready to do something special out there.” 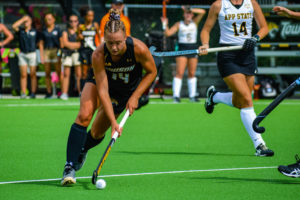 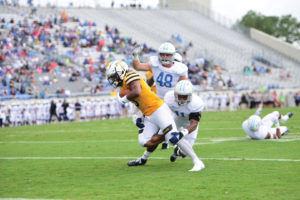