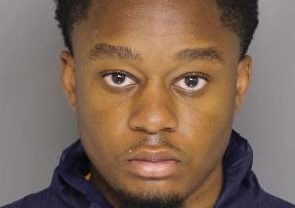 A Towson student was arrested Sept. 22 after allegedly raping another student in Marshall Hall, according to Baltimore County Police officials.

Igwilo was released from jail on his own recognizance Nov. 1 before his court hearing Nov. 25, according to online court records. He is currently on home detention.

The victim, also a student of Towson University, told police she went to Igwilo’s apartment around 3:30 p.m. Sunday to watch TV. The victim declined when Igwilo began making sexual advances toward her. However, he held the victim down and raped her. The victim told Igwilo “stop” and “no” during the interaction multiple times. During the incident, the victim believed Igwilo may have been filming or photographing the incident. Igwilo’s phone was taken by police to use as evidence.

Igwilo blocked the victim from leaving the apartment after the victim attempted to leave several times, but eventually let her leave. After she left the apartment, the victim told her friend about what happened. The friend reported the incident to the police.

The victim had a large bruise on her throat and was transferred to a local hospital for treatment and evidence collection. She also showed other signs of sexual trauma.

Igwilo will appear in court for a preliminary hearing at the District Court of Maryland for Baltimore County on Oct. 18 at 8:30 a.m.

Towson University sent out a campus-wide email Sept. 23 to advise the campus of the incident. In the email, the University said that Igwilo is “is no longer permitted on the TU campus and there is no ongoing threat to campus.”

“We are offering our services and support to anyone in our community affected by this matter and asking the BCPD to continue to maintain complete confidentiality,” the campus-wide email read.

In the email, Towson University also encouraged the campus to report experiences with misconduct, harassment or assault to TUPD by calling 410-704-4444, emailing police@towson.edu, or by contacting the Office of Inclusion and Institutional Equity in the Administration Building Suite 214, at 410-704-0203 or titleix@towson.edu.

“Support services are available to all students, faculty and staff through the Counseling Center, 410-704-2512,” the email read.

On the afternoon of Sept. 30, Schatzel sent out a campus-wide email to “to reaffirm that any and all forms of violence, sexual misconduct, sexual assault, harassment or intimidation will not be tolerated at Towson University.”

Schatzel said despite the university’s values, instances of sexual assault have recently occurred.

“However, despite that commitment, incidents of sexual assault against members of our university community have occurred during this past month,” the email read.

Schatzel summarized the incidents of sexual assault against members of the university community that occurred this past month, including the alleged Sept. 23 rape and a report of a male who “grabbed a woman’s breast in the University Union” around 8:43 p.m. Sept. 29. A campus-wide email was sent out about this sexual assault incident Sept. 29.

In Schatzel’s email, she also made the campus aware of her discussing the sexual assaults during an SGA meeting Sept. 24, the day after the campus was made aware of the alleged rape.

“There, I shared my serious concern regarding the assault reported on September 23, as well as my great respect for the courage of the survivor in reporting it,” Schatzel’s email read. “I assured those gathered that the university was providing every means of support to the survivor and cooperating fully with investigators.”

During the Sept. 24 SGA meeting, Schatzel emphasized that the University wants to make sure everyone feels safe on campus.

“Our relentless goal is to have a campus where everyone is inclusive of all their identities,” she said. “I won’t stop until we can assure everyone of the fact that they are safe.”

Schatzel pointed out the courage it took for the victim to report the sexual assault. She said now the focus is supporting the victim.

“It is important that we support the survivor in terms of how they proceed in terms of dealing with this most most violent act that hurt and we are going to support them finding their path forward to be able to do this,” she said. “It’s within Title IX as well.”

Schatzel described the incidents as “violent and life-threatening” and not in alignment with the University’s policies or values.

“It’s not what we as a community stand for,” she said. “And it’s not something that I as president am going to stand by and allow to continue so you have my assurance of the fact that it has my attention as well as the attention of the administration.”

Schatzel expressed her gratitude toward the SGA for giving students a voice and for sharing the concerns of the students with her and University administrators.

“I also am grateful to all our students, faculty and staff for standing together against all forms of violence, sexual assault, sexual misconduct, harassment, discrimination and hate,” Schatzel expressed in her email. “We are working together as a community to support the survivors and each other.”

In response to the recent sexual assault incidents, the University and the SGA will be “holding a campus forum where our community can come together, listen, discuss, and support each other,” according to Schatzel’s email.

The forum will be held Oct. 1 in the University Union’s Chesapeake Rooms from 6 to 7 p.m. During the forum, students and members of the University community will be able to ask questions. People can submit a question in advance of the event by emailing the Office of Inclusion and Institutional Equity at OIIE@towson.edu.

“Student and university leaders — including myself — will be part of this community gathering,” Schatzel said in her email. “Please attend, share your thoughts, support each other, and ensure our entire TU community stands together against violence and hate.”

Because of the forum happening Tuesday, Schatzel is postponing her Presidential Address, originally scheduled for Oct. 3. The new date of the address is not yet known.

In her email, Schatzel said the address is postponed “to ensure my focus is there [at the forum], on Tuesday and the steps that come afterward.”

Responses from students and student organizations were seen on social media. Towson Freedom School released a statement on Twitter, praising the victim of the alleged rape for coming forward and calling for the University to react accordingly.

“These acts of sexual violence are appalling, disgusting, and unacceptable,” the statement said. “Towson University’s campus should be safe and free from the threat of violence of any kind.”

Signs and messages could be seen on campus in response to the assault, including numerous messages written on the chalkboards at TU’s Freedom Square. A large sticker was posted on a lamp post along York Road in front of the campus that read “CASTRATE RAPISTS.”

“Towson Uni students, if y’all are just as fed up with TU as I am, please show your support and email Student Affairs,” said @meighanschmidt.

Since the #NotatTU SGA campaign was relaunched in 2017, students have criticized the SGA and University for not committing to it.

“Instead of saying #NotatTU, @TowsonU needs to be honest about the stats,” said @ittybittytrinii. “The rape culture is so prominent that people are questioning the victims instead of the rapists. It’s disgusting #HereatTU.” 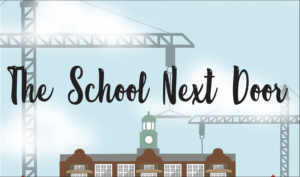