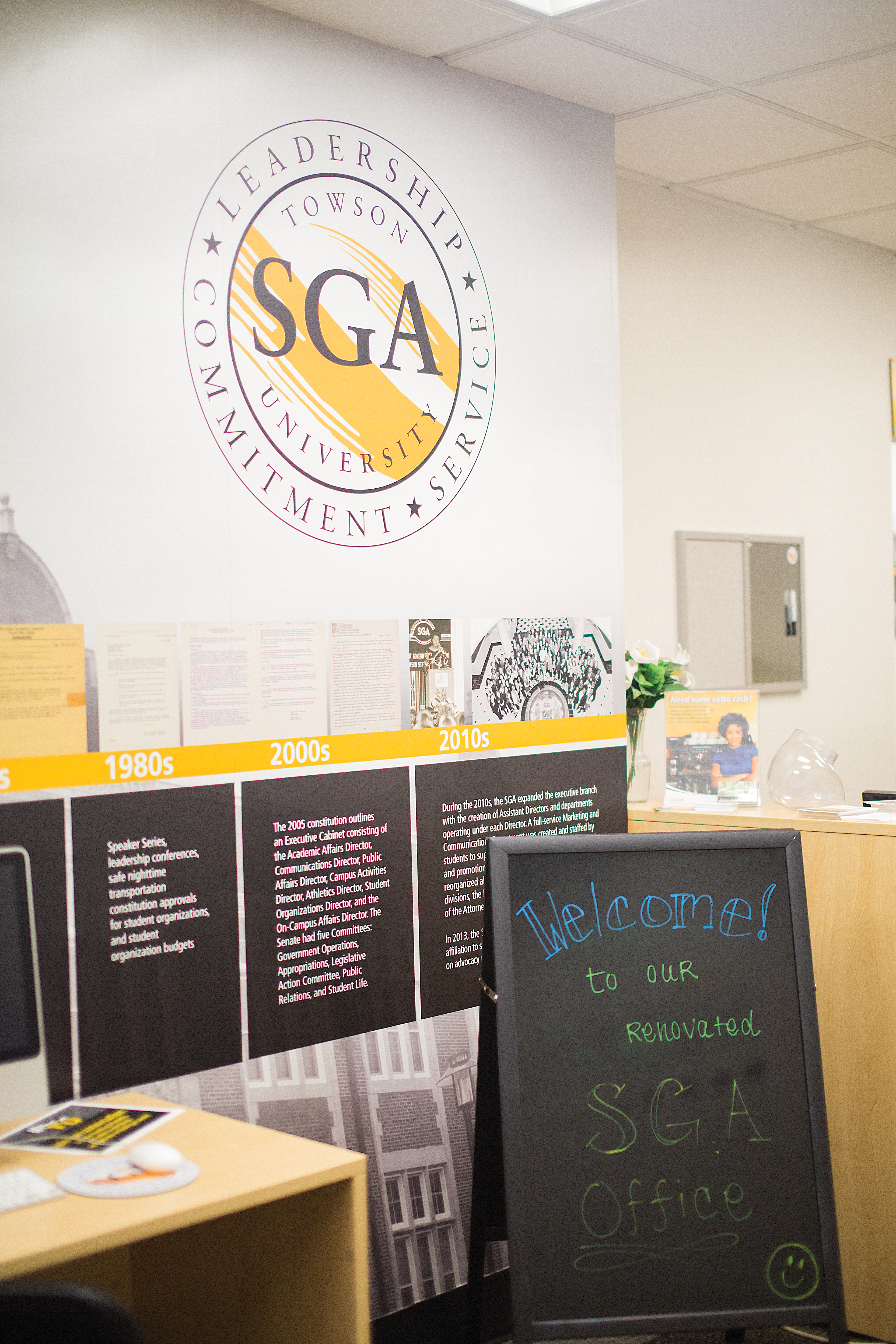 Tuition and fees are slated to rise in the coming fiscal year, according to proposed increases at a Student Government Association (SGA) open forum Tuesday night in the University Union.

Lowenthal started the event by announcing that each presenter worked tirelessly to keep their proposed increases to a minimum.

Mandatory fees, meaning technology, athletics, auxiliary services and auxiliary construction fees are all set to increase by under six percent.

Technology fees will rise 2.9 percent, going from $103 to $105. This increase provides more funds for computers, software, apps and labor costs for installation.

Bachman said that he looks to add three employees specifically for the role of training students and faculty on Towson’s technology services.

“We want to get somebody in each of our six academic colleges that can work with students with workshops, personal counseling and consulting on how to apply the technology that’s here,” Bachman said.

Athletic fees are set to go up 4.4 percent, rising from $478 to $499. This increase will primarily support scholarship increases and salaries.

“We control neither of those costs,” Leonard said. “The university says ‘tuition and fees are going up by x amount.’ That’s going to affect our budget, so what we’re asking for is help to offset those mandated increases.”

Auxiliary construction fees, which pay for the construction of buildings on campus, building maintenance and debt costs, are set to increase by 5.4 percent. This raises the total cost from $607 to $640, aiding the construction efforts towards the University Union.

“[University Union] will be open in a couple years, but when it does open it will have some nice new features including a Chick-fil-A and Dunkin Donuts,” Campbell said. “Near and dear to you will be a doubling of the student meeting space that’s available, which we sorely need on this campus.”

Slattery addressed the board plans, which include a 3.9 percent increase to parking fees. This catapults the cost of a yearly  parking pass from $356 to $369.

This is due to several variables, including cost of living increases, repair and renovation funds towards the Glen Garage and Towsontown Garage, minor repairs around campus and support for the on-campus shuttle system.

According to Olstad, housing and residence prices will jump 2.5 percent across the board based on a five year projection plan that accounts for staff salaries and utility costs.

“We have a bond payment that is going to skyrocket,” she said. “We are building on campus and we are going to renovate our facilities to make sure they are up to standard for students.”

Olstad announced that there are plans to install air conditioning and renovate bathrooms in Scarborough Hall this summer. She also said that the Glen Complex will undergo aggressive renovations, including new air conditioning units and an overall upgrade to the HVAC technology.

“We’re to the limit of money that we can give to student organizations since they are growing and students have more initiatives,” said SGA President Russhell Ford. “With the extra eight dollars, this increase will benefit the entire campus as far as involvement [and] advancement in general.”

“I wish there was more people here only so that students who are not necessarily in SGA could have a voice and see where their money is going to, why athletics is so expensive, why the technology fee is so expensive and why everything is the price it is,” she said.

Moriarty acknowledged that the event could have gone better, but said she will be working with Lowenthal to modify this process so that students are more included in these discussions throughout the year.

“That’s the longest this has ever lasted which shows that students are mindful of how their money is being applied and are sensitive to the fiscal challenges of the university in terms of increasing costs,” Moriarty said.