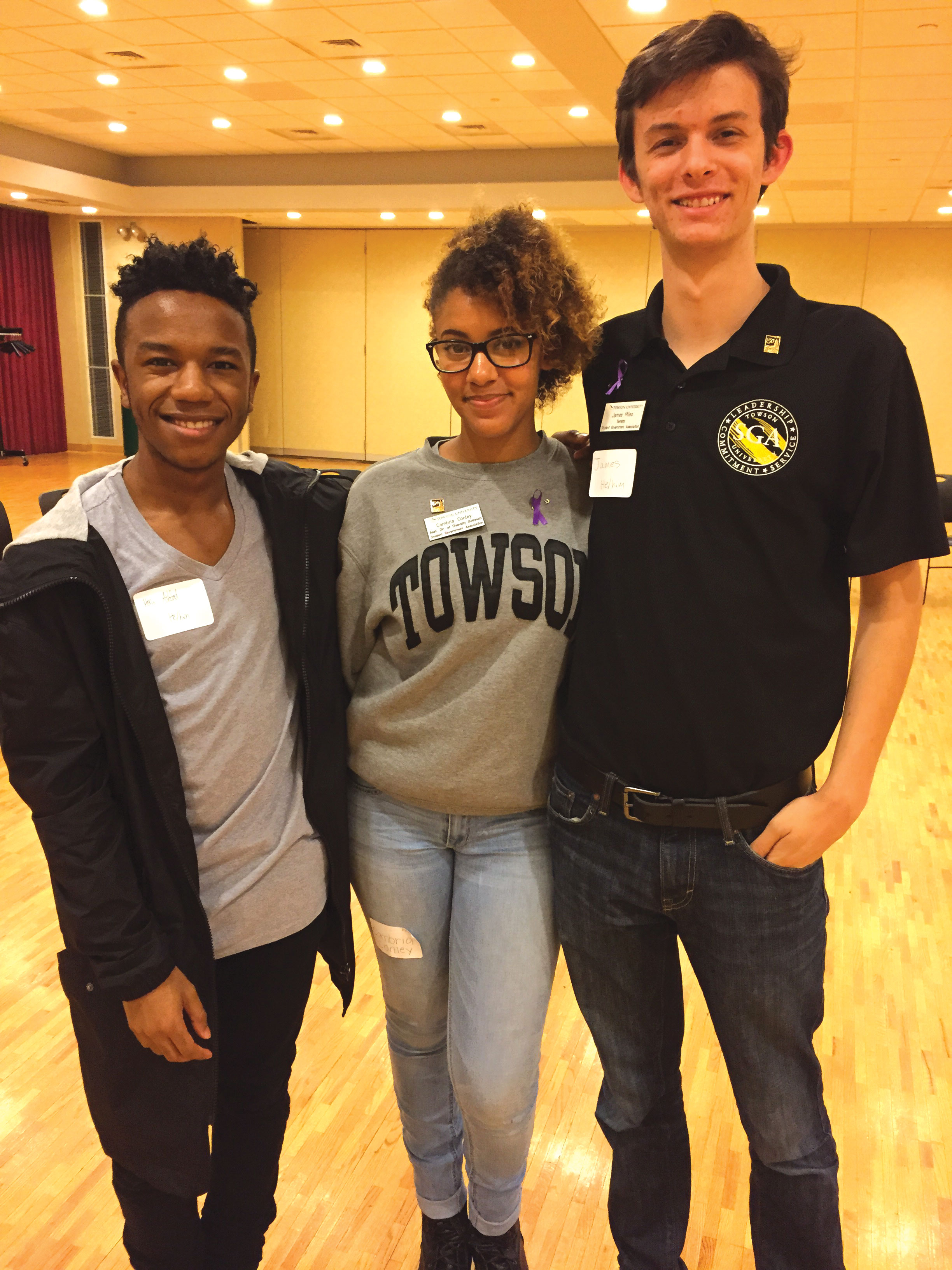 ​Students came together in the Union Oct. 28 to openly discuss diversity and LGBTQIA awareness at the SGA-led event, “Lean On Me.”

Cambria Conley, SGA assistant director of diversity outreach, began by introducing the ground rules for the evening’s activities.
Be respectful, open and empathetic, she said.

​“We’re stronger by coming together than breaking into separate groups,” she said. “We need to take these differences and use them together.”

​The exercises focused on students sharing intimate stories and opinions with someone who they did not previously know prior to the event. Exercises also focused on the importance of breath, non-verbal communication and empathy.

​Mileo, who grew up in a conservative area, explained that he always felt like something was wrong while growing up, and faced many challenges once he was open about his sexuality.

These experiences inspired him to advocate for those least heard.

​“I want to be something that inspires people to be a part of the community,” Mileo said.

​Ashford said the he feels that the media does not represent what America is at this time. He explained the difficulties of being both black and gay.
​“I’m the minority of a minority,” Ashford said.

​The discussion continued by debunking myths and stereotypes that surround the community. Some of these stereotypes include physical appearance, style and the designation of the HIV/AIDS.

They discussed how discrimination leads to a lack in access to things like healthcare and housing. For example, gay men are not allowed to donate blood.

According to the Food and Drug Administration website, “Men who have had sex with other men (MSM), at any time since 1977 (the beginning of the AIDS epidemic in the United States) are currently deferred as blood donors,” the website says. “This is because MSM are, as a group, at increased risk for HIV, hepatitis B and certain other infections that can be transmitted by transfusion.”

Ashford said that he feels that that rule should be repealed.

Participants in the event were able to see new perspectives from the diversity of the students who attended.

“Being a straight male, it’s kind of cool to listen to their life and be able to relate to them,” sophomore Chase Rosenquist, a Towerlight contributor, said. “It’s pretty touching. Not many people see that.”

SGA plans to hold another session like this sometime next semester in hopes that more people will participate.

“I hope these kinds of events open a discussion for diversity,” Ashford said.