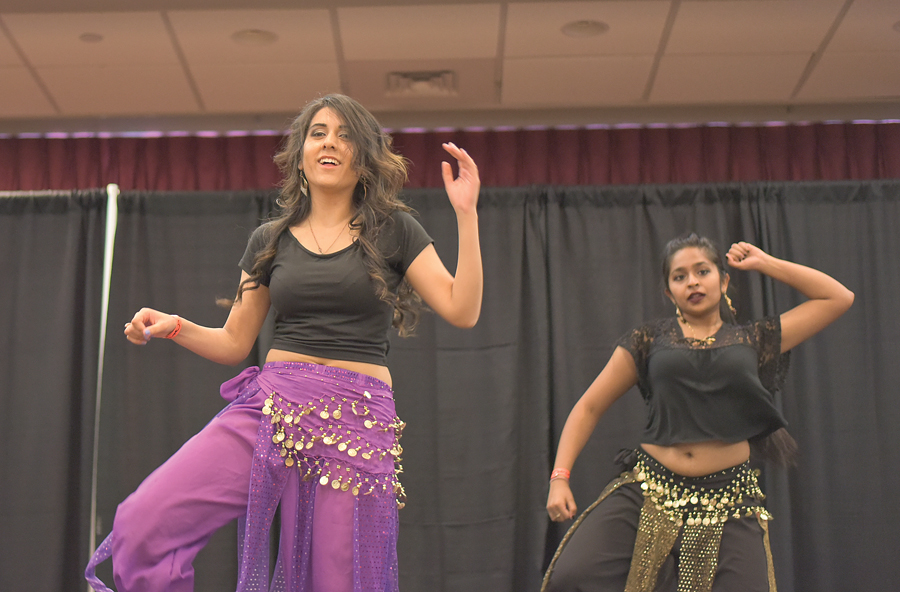 “Masti,” which is the Hindi word for fun, set the tone for the rest of the evening’s performances.

“I want students to get a well-rounded experience and they can see the different things Maryland has to offer,” junior and coordinator for the event Chanda Kumar said.

A total of ten groups performed throughout the night from Johns Hopkins University, Goucher College, UMBC and Towson. Each group contributed to their own definition of culture, through Bollywood style dance, hip-hop, salsa, traditional African dance and even hoop dancing by Towson’s Hoop Club.

John Crestwell, who performed with Towson’s Original Blend a Cappella group, said that he would definitely participate in the event again next year.

“I learned we have a lot of talent at this school that goes unnoticed,” Crestwell said.

The group sang a cover of “When You Wish Upon A Star” and Beyonce’s “Crazy In Love.”

The show ended with a performance by TU Chalak who danced to traditional Indian Bollywood music in colorful skirts.

“It feels good to be here,” Nayel Shabex said. “I love how powerful Towson’s events are, even when they aren’t the popular ones.”