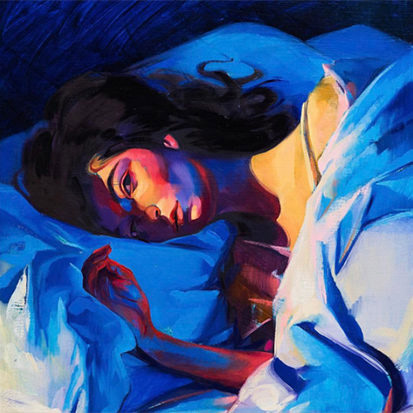 Even though Lorde’s sophomore album “Melodrama” isn’t due to be released until June 16, I had some strong feelings about the two singles she’s dropped in the past month.

“Green Light” received mixed reviews from critics and inspired articles about “the downfall of ‘poptimism,’” wherein the critic muses that we should ask more of pop singers by expressing that they stop singing about their feelings (because that’s specific to pop music? I digress).

“Green Light” isn’t bad because Ella Yelich-O’Connor, (aka Lorde), croons about lost love. As tired as the subject might be, O’Connor at least avoids being cliche — although I personally grind my teeth at the sudden break from rhyme in the opening lines, “I do my makeup in somebody else’s car/We order different drinks at the same bars/I know about what you did and I wanna scream the truth/She thinks you love the beach, you’re such a damn liar.”

C’mon girl, you know you could’ve written a better line with a word that rhymes with “truth.”

“Green Light” is bad because it’s boring, and it’s perhaps too safe — catchy enough, but ultimately leaves the listener wanting more. With “Pure Heroine,” O’Connor proved her lyrical skill and raw talent. After keeping fans waiting for new music with bated breath, “Green Light” is incredibly disappointing, which might have been forgivable if it was upbeat enough to dance to or evoked enough emotion to inspire a nice, cathartic post-breakup cry.

“Liability,” Lorde’s second single, takes the subject of heartbreak in a different direction, with O’Connor internalizing the pain of a break up. She croons understandingly about being “a little much for everyone,” making her partners “wild” before they leave.

Accompanied by only piano, “Liability” seems like a strange follow-up to the underwhelming “Green Light,” but hearing O’Connor depart from the electronic beats of “Pure Heroine” is completely enchanting.

The weariness in her airy voice as she sings about being “a toy that people enjoy/til all of the tricks don’t work anymore” is moving. Lines like “he don’t wanna know me/says he made the big mistake of dancing in my storm” sit heavy on my chest, and I can’t help but feel tears prick my eyes every time O’Connor fades out with “they’re gonna watch me disappear into the sun.”

I would love O’Connor to delve more deeply into her raw emotion on “Melodrama,” but I’ve reevaluated my expectations since hearing “Green Light.” Although “Liability” is a markedly different sound than what we’re used to from Lorde, I’d be disappointed if “Melodrama” was as low-tempo as its debut singles, which could very likely happen given the lack of variety on “Pure Heroine” (but who am I to complain about 10 songs sounding basically the same if they’re all just so catchy?). Less confidence-inspiring is the fact that both singles were produced by Bleachers’ Jack Antonoff, who is credited with helping Taylor Swift create her (Grammy-winning) sound on “1989.” While I appreciate artists who experiment with and take risks with their sound, O’Connor could stand to lose her edge if she takes one too many pages out of her pal Swift’s handbook.