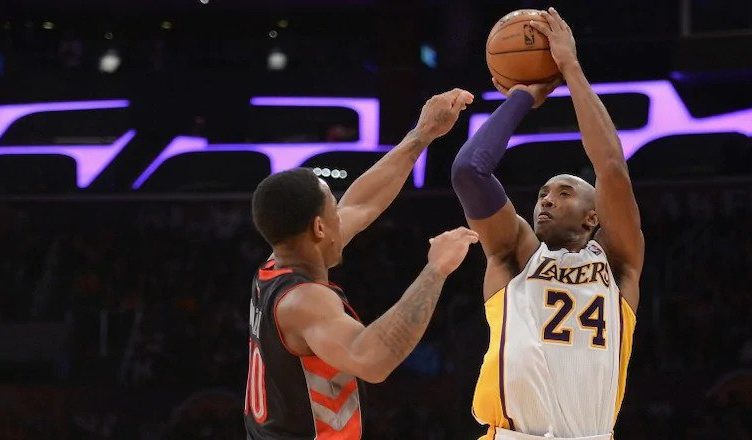 As our prayers go out to future Hall of Fame guard Kobe Bryant, his daughter Gianna and the seven other passengers who fell victim to a helicopter crash in Calabasas, California this past weekend, we now commemorate and reflect on the everlasting impact that Bryant had on and off the court.

On the court, only a few words could describe Bryant, icon, ambassador, competitor, “The Black Mamba.” To fans of the sport of basketball and the NBA, Kobe was a physical representation of the Tim Notke quote “Hard work beats talent when talent doesn’t work hard.”

As a young 17-year-old drafted back in 1996 out of Lower Merion High School, Bryant was never supposed to become the person he did. In his first two seasons, he only started a combined seven out of the 150 games that he played. However, that never deterred him. As a fierce player with dreams of catching the legendary ghost of Michael Jordan, the 6-foot-6 guard soon became larger than life and maybe even the sport itself.

Five championships, 18 All-Star Game selections, four All-Star Game MVP Awards, two NBA Finals MVP Awards and a single regular-season MVP Award. With the world on his shoulders as one of the young building blocks for the league as the NBA transitioned from the days of forward Larry Bird vs. guard Magic Johnson and the Chicago Bulls’ dynasty, Bryant embraced the challenge as assassin on the court and mentor to those looking to follow in his footsteps.

By inspiring a generation of outstanding basketball talent that includes forward Lebron James, guard Dwayne Wade, forward Carmelo Anthony and others, one could say that the very success that the NBA reaps the benefit of today stems from the many contributions that Kobe made.

Off the court, Bryant’s post-career life was just getting started and he may have already been on track to be just as great after basketball as he was when he was still in the league. After retiring at the conclusion of the 2015 – 2016 season, most believed that after dedicating so much of his life to the game, his transition to life after basketball would potentially be a dark path for the Laker legend. Not only were the doubters wrong, but Kobe did not make haste in showing his potential as a successful executive.

Months after his retirement, he unveiled Kobe.inc, his $100 million venture-capital fund, in a partnership with entrepreneur Jeff Stibel, to invest in media, technology and data firms. Then as if that were not enough for him, Bryant followed that up with an amazing 2018 that showered him with accolades. Bryant won an Oscar and a Sports Emmy Award for Best Animated Short Film for his six-minute film “Dear Basketball” that was based on a poem that he wrote and had published in The Player’s Tribune. In such a short time, Kobe was becoming more and more of a global entity by the day as both an ambassador of the NBA and a representation of black excellence as a business mogul. At only age 41, most would consider Kobe’s time on Earth to be enough for two lifetimes.

When it comes to Kobe “Bean” Bryant, it will never be about the five titles or being fourth all-time in scoring. For me, I will always see the legacy he left through how he influenced the entertainment and globalization of the league that I love so much. The fact that he was so dedicated to his craft is so inspiring and his willingness to reach beyond his threshold to become even better than what most considered to be his peak was like something out of a story book.

I will forever scream “Kobe!” before shooting a paper ball in a trash can as we all are guilty of doing every once in a while because it just feels like the right thing to do. I will remember him for moments like when he tore his Achilles tendon back in 2013 and still got up to shoot those two free throws to ice a 118 – 116 victory over the Golden State Warriors. Or the final game of his 20-year career against the Utah Jazz where he went out in Kobe fashion, scoring 60 points in a 101 – 96 victory.

Those moments embody the person he was. Now as we live on with the great memories of his excellence as a player, father, husband, and son, we realize now more than ever that every day should be cherished and be spent uplifting one another. Bryant said it best: “The most important thing is to try and inspire people so they can be great in whatever they want to do.” Words he lived by and a legacy we should all aspire to reach.