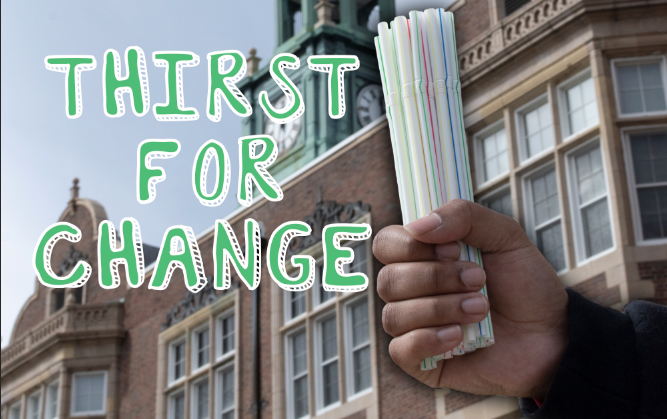 While students and staff go about their day-to-day activities, members of Towson University’s Student Government Association (SGA) work to pass new legislation, schedule events and do what they can to improve campus life.

When the school year kicked off, SGA members were thrown a financial curveball while they were trying to set the 2018- 2019 budget. According to Vice President for Student Affairs Deb Moriarty, the group was left to work from a deficit by the previous administration.

“They worked tirelessly to address the issue with the priority to continue to provide sufficient funding for student organizations and the SGA administration,” Moriarty said.

SGA President Russhell Ford said that now, however, everything is all cleared up, and the financial status of the SGA is in good standing.

“There were concerns because the SGA funding policy is very complicated as a whole,” Ford said. “Students were mainly concerned that the SGA was in debt, but that was never the case.”

“Students believed that we were spending too much or asking for too much, but students don’t realize that a good portion of the money that SGA spends, is not actually spent by the SGA,” Ford said. “For example, just under $400,000 of our budget goes to Sports Club Organizations [and] Campus Rec, an additional $200,000+ funds regular student organizations.”

Despite this, the SGA managed to get a budget passed in early fall, according to Moriarty.

While this was happening, Towson University’s Dining Services made a move to go green by removing straws from dining halls across campus. Students were then required to ask for a straw if they decided they wanted one. On Feb. 26, the SGA voted them back onto campus.

“We never wanted to remove straws,” Ford said. “We got a ton of student concerns asking us to do something about paper straws that dining service began giving out this year.”

Ford said that because some students weren’t happy with the paper straws that Dining Services gave out, the administration wanted to urge TU to provide other alternatives.

“We believe Towson should be a green campus; however, we should have better alternatives than something that dissolves in soda,” Ford said. “Instead, we are urging the campus to continue the implementation of straws that are biodegradable.”

Ezihe Chikwere, the SGA attorney general, said the administration also passed a policy that would ensure the maintenance and accessibility of food places on campus before the semester started.

The initiative prevented Dining Services from changing the meal plan policy in a way that would stop dining areas like Au Bon Pain and the Administration Building from accepting meals.

“It was our first success, as this was a pressing student concern,” Chikwere said.

Ford also mentioned that the administration recently passed legislation advocating for an Animal Relief Area on campus for students with service animals, along with legislation that added money back into their scholarship funds.

“We just passed legislation that added money back into our scholarships funds, and created about eight different awards that many students can win, as there are multiple awards for each scholarship,” Ford said. “We are also looking to create more, and they will be advertised on our website, once we get everything settled.”

According to Vice President Alex Best, the administration is also working on a resolution that addresses the need for increased communication with students about construction updates, as well as increased signage and updated accessibility maps.

“Differently abled students should not have to discover they cannot make it to their class on time because an accessible route that was open yesterday is no longer open due to detours,” Best said.

Moriarty said that working with the administration is always great as she can watch the evolution of their agenda, the development of their leadership skills, “as well as to support their work in continuously enhancing campus climate and the student experience.”

One of the things she feels the administration has implemented well recently was Tiger Pride Day.

“The executive team has been very involved in helping us establish guidelines for the growing desire to hold outdoor events and well as to clarify their financial policies and guidelines,” Moriarty said. “They have student representatives on a wide variety of university committees which impact policy and decision making through the year.”

Chief of Staff Rachel Veslany said that Tiger Pride Day was a huge success with many students signed up from both main campus and Towson University Northeastern (TUNE).

“Each student had the ability to meet with legislators or their direct staff to talk about the five bills we lobbied for,” Veslany said. “Students also had the chance to sit in on General Assembly meetings and take part in a formal luncheon with legislatures.”

Coming up, Veslany said students should look out for events like It’s On Us, Know Your Rights, Tigerfest, Safety Day and the second annual Pride Week.

“These are some of our major recurring initiatives that we look forward to every year,” Veslany said. “Also, we will be having a release party for our finished website and new SGA logo that is currently in the works.”

Another thing that comes with the end of the semester is the SGA election season, Moriarty added.

“I would strongly encourage students to pay attention to the election season as the elected officers and senators have a very strong and significant voice across campus representing the student body,” Moriarty said.

“The 98th administration has set a strong and resilient foundation for current members and future members to succeed,” Chikwere said.

Ford, however, still feels there is work to be done by the current SGA administration.

“We are looking to advocate for new bills we have passed that could benefit many students, and we are working now to settle some ongoing student concerns we’ve gotten revolving mental health, and event policies,” Ford said. 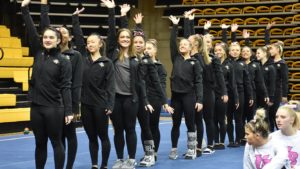