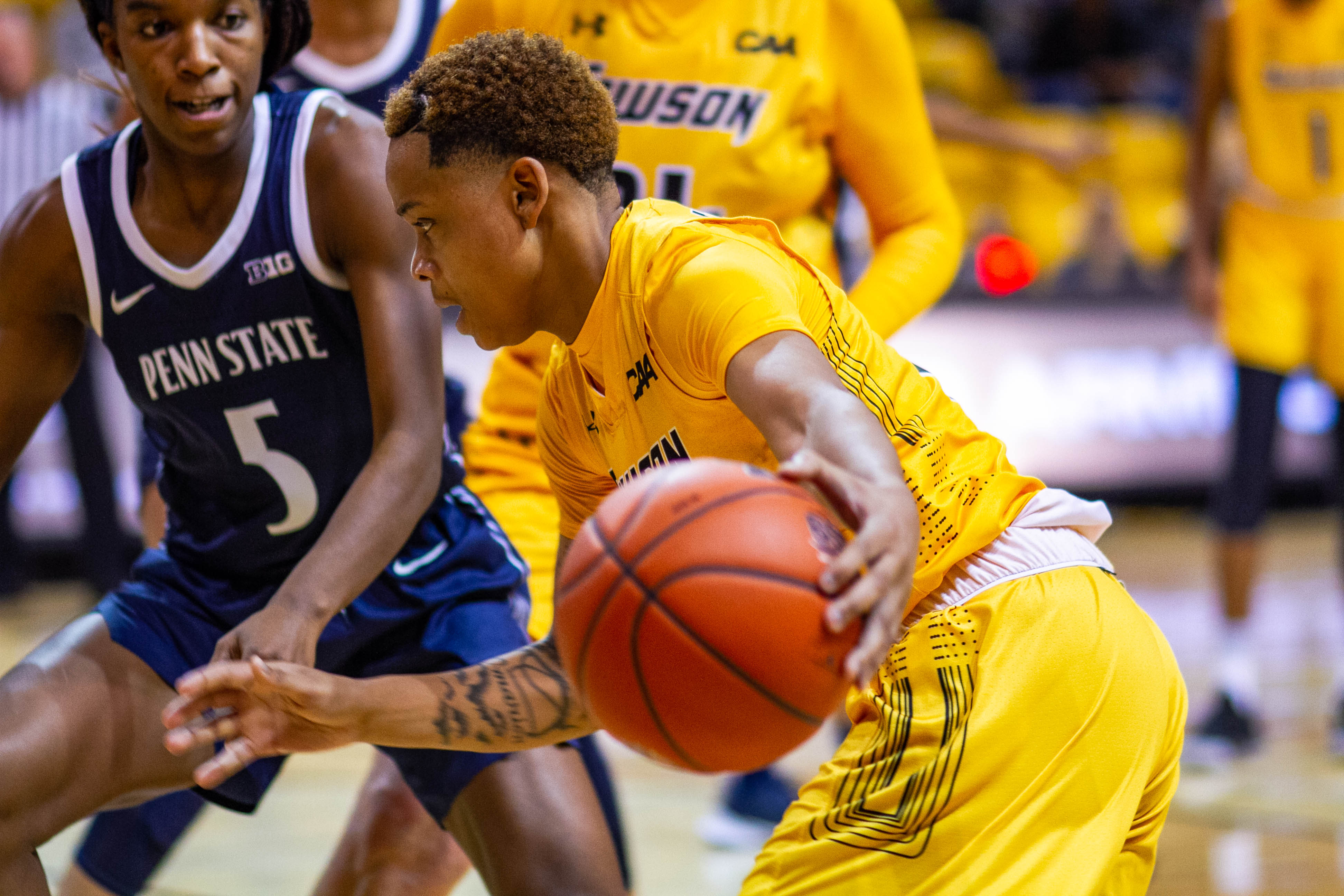 Towson’s win streak increased to six after victories over Northeastern University and Hofstra University. This run matches a six-game winning streak the Tigers (10-8, 5-2 CAA) posted last season, which ended with the team’s first ever trip to the NCAA Tournament.

The second game of the weekend came against the Pride (3-15, 0-7 CAA), a 84-71 victory. Towson started off slow in the first quarter, allowing their early-season habit of letting their opponent throw the first punch to resurface.

However, the Tigers turned it around in the second quarter, holding Hofstra to 35% shooting and outscoring the Pride by two points, although they still trailed 41-36 after Murray nailed a mid-range jumper.

“Tough win today,” Head coach Diane Richardson said. “Hofstra came ready to play, they were aggressive, they did a great job in pushing us. I think we started out slow but we finally righted the ship.”

In the second half, Murray and Jeter put on a show, pouring in 17 and 13 points respectively. In the fourth quarter Towson shot 58% from the floor and held the Pride to 42% from the field.

“I don’t worry too much about missed shots,” Murray said. “My team, coaches give me the confidence to keep shooting, keep attacking. As long as I’m aggressive I know my team will piggyback off me.”

Their performances came after the pair learned of the passing of former Los Angeles Lakers guard Kobe Bryant during halftime.

The scoring got started after Murray, who finished with 22 points and eight assists nailed a 3-pointer from the left corner and pointed a finger to the sky in tribute to Bryant. From there, the Tigers continued to fight and dig until they had the lead for good after Murray finished a four-point play on a layup to give Towson a 57-53 late in the third quarter.

“That game was dedicated to him,” Murray said reflecting on Bryant. “Just focusing in and just living in his legacy to come back when we were down.”

Hofstra cut the deficit to four points early in the fourth but that was as close as the Pride would get. The Tigers went on an 8-0 run shortly after and built a lead as large as 14 while playing with heavy hearts, memories of Bryant’s career flowing through the minds of players and fans alike in the SECU Arena.

“In my mind, What would Kobe do?” Murray said sullenly. “Turn up.”

The first victory of the weekend came over the Huskies (8-10, 4-3 CAA), 81-68. Mayo led Towson with her fifth straight double-double, recording 21 points and 10 rebounds. Murray and Jeter both contributed 16 points.

“It was a hard-fought game,” Richardson said. “We started out fast, slipped a little bit, and kinda just got it back. We’re working on sustaining that momentum and sustaining that fast play.”

Northeastern held a brief three-point lead over the Tigers to begin the game before Towson switched gears and made their presence felt. The Tigers found themselves in the driver’s seat after going on a 10-0 lead and lead the Huskies by double-digits for most of the second half.

Northeastern tied the game late in the third quarter, but that was the closest that the Huskies would get to a road victory.

Before Northeastern knew it, Towson reeled off an 8-2 run that created a nine-point lead the Tigers wouldn’t give up. The effort to get and hold the lead was collaborative, relying on the efforts of the bench and seldom-used players to get over the hump.

Contributions from sophomore guard Shavonne Smith on defense and in transition who finished with eight points and five rebounds, as well as the leadership and poise displayed from junior guard Rayna Barbour helped Towson significantly.

“We got a big team,” Richardson said about changing roles. “We got a lot of players so it is open for any and everybody and we expect that.”

It matters more than ever after news of sophomore wing Myasia Jones’ season-ending knee injury against Charleston. The rest that Jeter and Murray got while on the bench watching their teammates play meaningful minutes went a long way. It was Jeter who gave the Tigers their largest lead of the fourth quarter, 17-points after Jeter sank a layup. 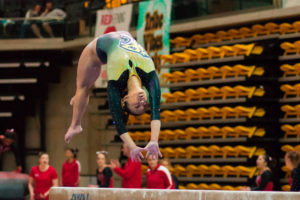