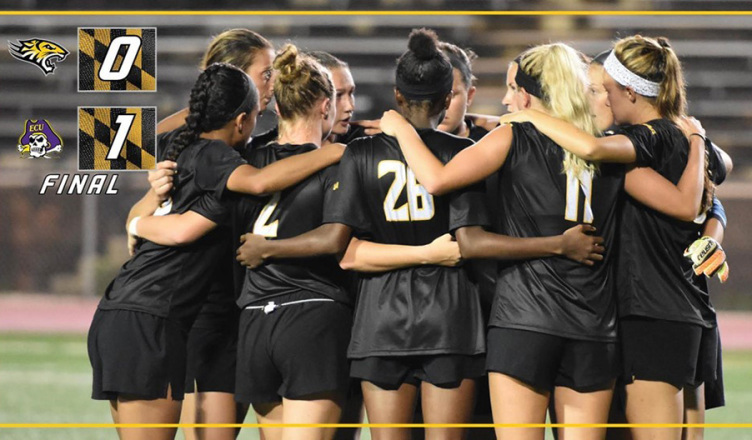 Towson suffered its first loss of the season against East Carolina Sunday, falling to 1-0 in the second game of a three-game road swing.

The Tigers (2-1-1) couldn’t convert on scoring opportunities against the Pirates (3-0-0) despite having several chances. They attempted five shots on the day and had five corner kicks.

The Pirates were aggressive throughout the game, attempting 13 shots. Three of those shots came within the first seven minutes of play.

The Tigers looked to even the score when junior forward Evelyn Neidert attempted a corner kick just three minutes later, but the offense didn’t finish the play.

East Carolina stayed aggressive despite holding a lead. Junior midfielder Courtney Cash took a shot at 26:18 in the first half, but missed wide.

The Pirates forced the issue early in the second half when Thordardottir missed a shot wide just under a minute into the period.

Towson formed a counterattack, but didn’t score a goal. Junior midfielder Sarah Quick hit the post on a header attempt and senior midfielder Maddie Bove had a shot blocked.

Junior forward McKenzie McCaull missed an open scoring opportunity in the closing minutes of the game, and East Carolina held on for the victory.

The Tigers complete their road trip with a 6 p.m. matchup against Lehigh in Bethlehem, Pennsylvania, on Aug. 31.