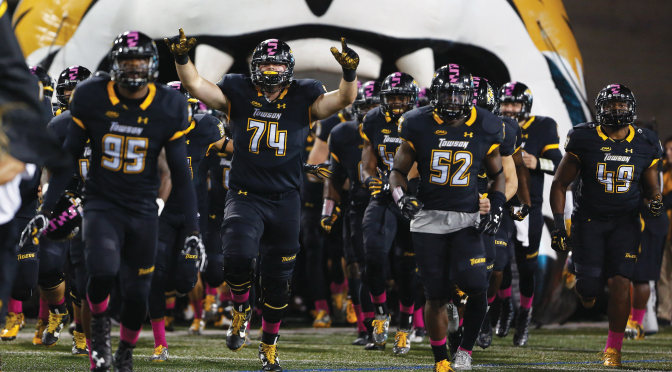 Towson closed out its season with a 29-10 victory against Rhode Island at Johnny Unitas Stadium Saturday afternoon, and honored seven seniors prior to kickoff.

The Tigers (5-6, 3-5 CAA) played stout defense and capitalized on offense, while the Rams (3-8, 2-6 CAA) struggled to spark big plays on both sides of the ball.

Redshirt freshman quarterback Ryan Stover finished the game with 218 yards through the air and four touchdowns. This was the first time a Towson quarterback has thrown for four touchdowns since 2010. The previous record was also set against Rhode Island.

The defense impressed as well, racking up five sacks, six tackles for a loss and five pass breakups.

The Tigers forced the Rams to put the ball in the air by striking early, and the team applied heavy pass rush all day which rendered the road team’s offense ineffective.