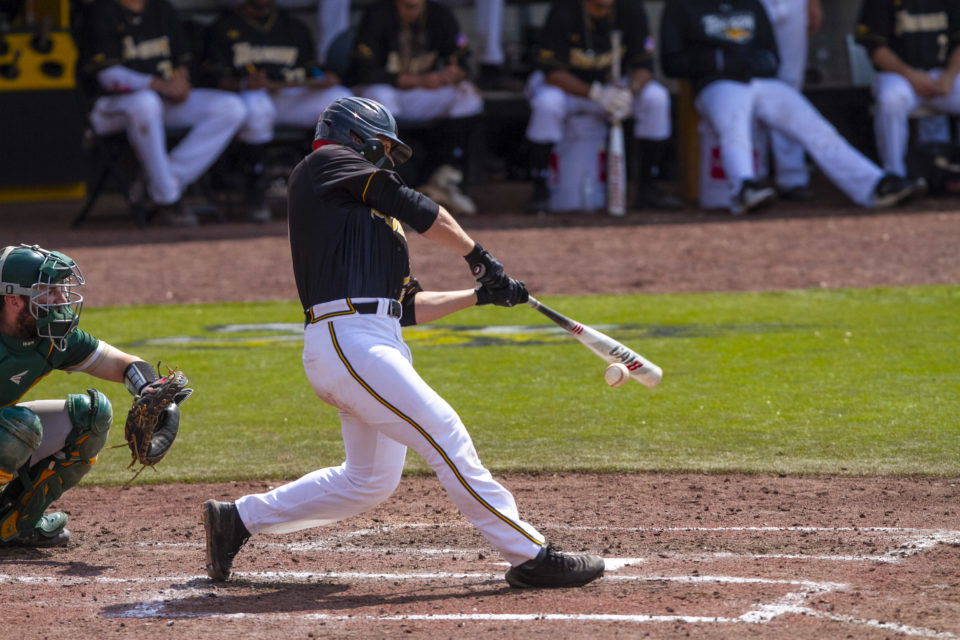 The Tigers faced off against James Madison in a pivotal conference series at Veterans Memorial Park in Harrisonburg, Virginia. Although Towson (12-34, 6-12 CAA) fought hard, they were swept in the three-game set.

On Sunday, the Dukes (28-19, 9-9 CAA) took a 4-0 lead in the first inning and, despite a solo home run from senior first baseman Brad Powers got a run back, James Madison would answer to take a 5-1 lead through two innings.

Anytime you score and the other team answers back, it deflates you a little bit and we didn’t play dead,” said Head Coach Matt Tyner.

Powers continued to step up for the Tigers with one RBI in the fourth inning and another one in the eighth inning.

It’s certainly what we want to see out of him, it’s what he’s capable of,” Tyner said. “He’s not what you would call a prototype hitter. It’s not the super slugger stance, it’s a little unorthodox, but he gets the most out of every at bat.”

In the top of the eighth, junior second baseman Noah Cabrera tied the game at five. The game would head to extra innings where the Dukes would win it in the tenth, 6-5.

“We were a play or two away from this game continuing, being a different outcome,” Tyner said.

On Saturday, Towson couldn’t take advantage of a complete game performance from senior pitcher Gavin Weyman. Weyman limited the Dukes to one run on three hits, but the lack of run support doomed the Tigers in the 1-0 loss.

“[Weyman’s] a couple plays away from being all-conference first team,” Tyner said. “He has been lights out the last couple of outings and very reliable the whole year.”

Towson appeared to be threatening in the second inning, getting runners on second and third with two outs. However, senior catcher Trey Martinez lined out to first base to end the scoring chance.

A similar opportunity was squandered in the fourth inning as Towson loaded the bases with two outs until junior outfielder Jack Rotteveel flew out for the third out.

“It’s a tough nut to crack when the pressure is up,” Tyner said. “This a year of development for our team and there’s no better development than failure.”

James Madison’s lone run came on a solo home run in the bottom of the seventh, which was enough to get the win, clinching the series victory.

Friday’s series opener started strong for the Tigers, grabbing a 2-0 lead through the third inning, including a solo home run from senior third baseman Zach Piazza.

The Dukes tied the game in the sixth with two runs off sophomore pitcher Josh Seils, ending his night after that inning. Towson failed to record another hit the rest of the game, losing 5-2.

The Tigers face a midweek contest at Penn State on Wednesday, May 8 at 6:30 p.m. and then travel to the College of Charleston for a weekend series with the Cougars.

Despite being swept by a conference foe, Tyner still believes in his team’s chances to make the CAA Tournament.

“We’re still in it until we’re mathematically eliminated,” Tyner said. “We’re a dangerous team right now. I want somebody to overlook us. 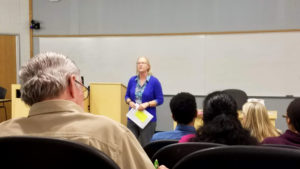