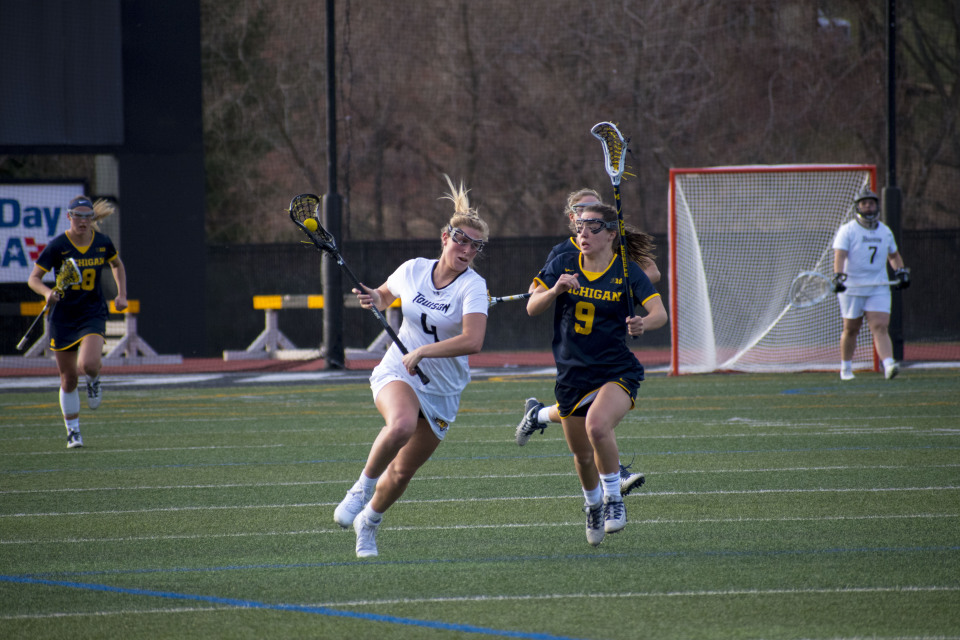 Towson women’s lacrosse continued its impressive start to the season with two wins in non-conference play. The pair of wins puts the team on a three-game win streak.

With this win, the Tigers (8-2) became just the second school to defeat the Bulldogs (7-4) on their home field this season.

“I think we showed great resilience,” Head Coach Sonia LaMonica said. “It was definitely one of those games where we felt like the ball was never really bouncing our way, and our team really showed the ability to hang tough. We really locked it down.”

Towson gave up the first goal of the game, but freshman attacker Kaitlin Thornton and junior attacker Carly Tellekamp each scored to put the team up 2-1 midway through the first half.

The Tigers extended their lead by three goals later in the period when senior midfielder Emily Gillingham put in an unassisted score, and Tellekamp converted on a free position shot.

Yale responded with two quick goals, but Thornton scored her second goal of the day just before halftime to give Towson a 5-3 lead going into the break.

The Bulldogs scored early in the second half and looked to make a rally in the period. However, they did not score for the rest of the game.

The Tigers continued to see scoring contributions from multiple player. Senior midfielder Kaitlyn Montalbano, sophomore attacker Coeli Love and junior attacker Natalie Sulmonte each found the back of the cage in the second half to help seal the win.

“Part of the emphasis that we have stressed from day one has been sharing the load,” LaMonica said. “They’re doing a good job of playing team offense, and that’s what we expect them to do. We’re seeing five or six different point scorers in each game and that’s tough to scout, so that’s something we’d like to continue to do.”

“[It feels] really special,” LaMonica said. “What I think about most is all those who have been a part of this process, from my coaching staff to all the players. To me that’s what this job is all about. That relationship you develop with the players is really special.”

Gillingham led the home team offensively with four goals on the night with two scores in each half. She also recorded one assist.

“Emily is one of the top players out there in terms of her skillset,” LaMonica said. “She’s pretty unstoppable as an offensive threat [and] she draws a lot of attention. She’s really developed her game and has been an outstanding contributor for us. There’s no question that she’s been a critical piece in our offensive force that we’ve developed this year.”

Towson smothered the Ducks (5-5) in the first half as five different athletes recorded a goal to give the team an 8-3 lead going into the break.

Oregon fought back in the second half, rattling off a 5-1 run. However, Towson seized the victory with a 6-2 run of its own in the final 13 minutes of play.

Towson looks to keep its winning streak alive Friday night when the team travels to the Vidas Athletic Complex to kick off conference play against Drexel. Game time is set for 6 p.m.

Despite the prospect of intensified competition, LaMonica said her team will focus on making sure they are prepared.

“Sometimes you’ve got to settle down to take a little mental break,” LaMonica said. “Ultimately, [we don’t want to] focus too much on our opponents, but [we want to] continue to focus on us getting a little bit better each day. Hopefully, that allows us to be more consistent.” 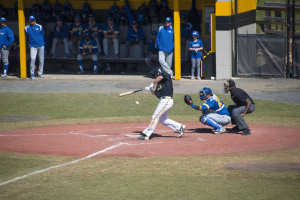