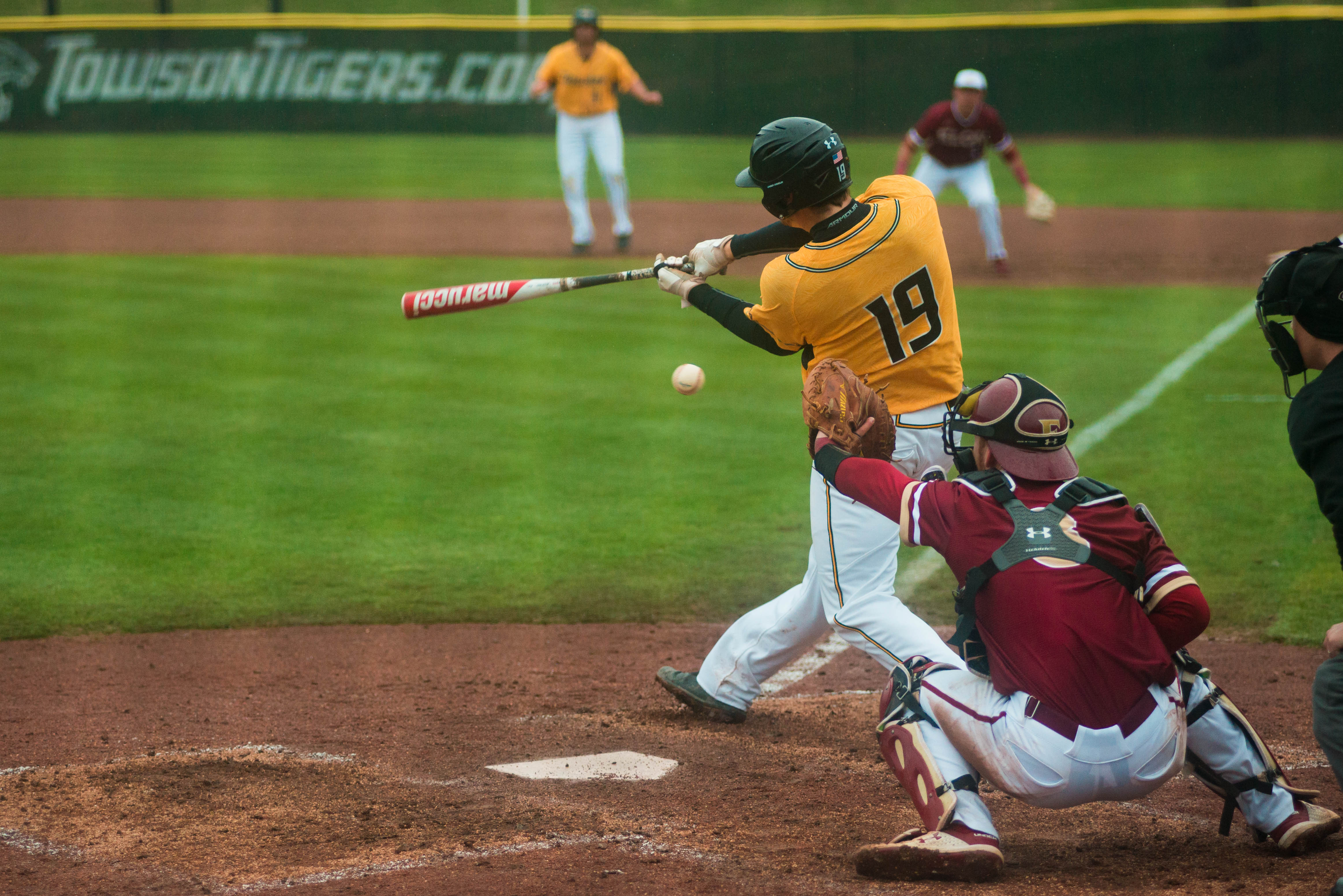 Towson won their first two games of the season this weekend during their series at High Point University in High Point, North Carolina.

“The guys believed in themselves this weekend,” interim head coach Miles Miller said. “They were playing like they believed they could win the games.”

On Sunday, Towson fell behind as High Point scored three runs in the third inning. The Tigers responded in the fifth as senior infielder Brad Powers hit a two-RBI single. Powers scored later in the inning as senior infielder Noah Cabrera connected on a base hit to right field that tied the game at 3-3.

Senior infielder Colin Conroy gave Towson the lead the following inning with a base hit RBI. Junior right hander Jake Pecilunas entered the game in the bottom of the ninth and retired the Panthers in order to record the save.

“For [Pecilunas] to come in with a 4-3 lead in the ninth and mow those guys down, it was awesome,” Miller said.

After Friday’s game was postponed due to weather, the Tigers had their first double-header of the season on Saturday afternoon.

In the second inning, Towson scored five runs led by a two-RBI double from Powers. Two runs came on a passed ball from High Point, with another off an error. The Tigers also scored five runs in the sixth inning, four coming off mistakes from the Panthers.

A wild pitch put runners on second and third while scoring a run. A fielding and throwing error led to an additional three runs for Towson.

High Point was scoreless until the seventh inning. The Panthers loaded the bases and a sacrifice fly put them on the board. In the bottom of the ninth, High Point scored three runs but a groundout ended the game. The Tigers earned their first victory of the season.

“There were a few moments where we could’ve given them their momentum back, but every time that almost happened, we got the momentum,” Miller said.

In the first game of the doubleheader, junior right handed pitcher Josh Seils pitched four shutout innings including two where he retired the side in order. He pitched 5.1 innings allowing nine hits and three earned runs in the loss.

“We just need to keep playing into our roles and keep our energy,” Ramanjulu said.

In the fifth, a base hit and fielding error gave the Panthers a run. High Point scored three runs in the sixth inning as a throwing error led to two runners scoring. The Panthers added another run later in the inning off a base hit RBI.

Towson was held to two hits and committed three errors. The Tigers went four innings between hits and struck out 11 times at the plate.

Towson travels to Miami and will face the Hurricanes in a three game series starting on Friday, Feb. 28 at 7 p.m. 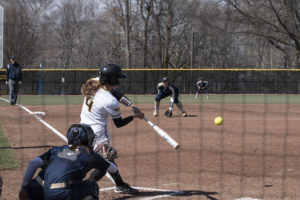 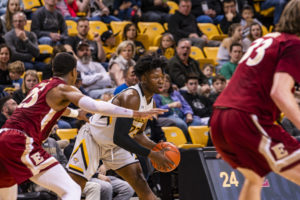