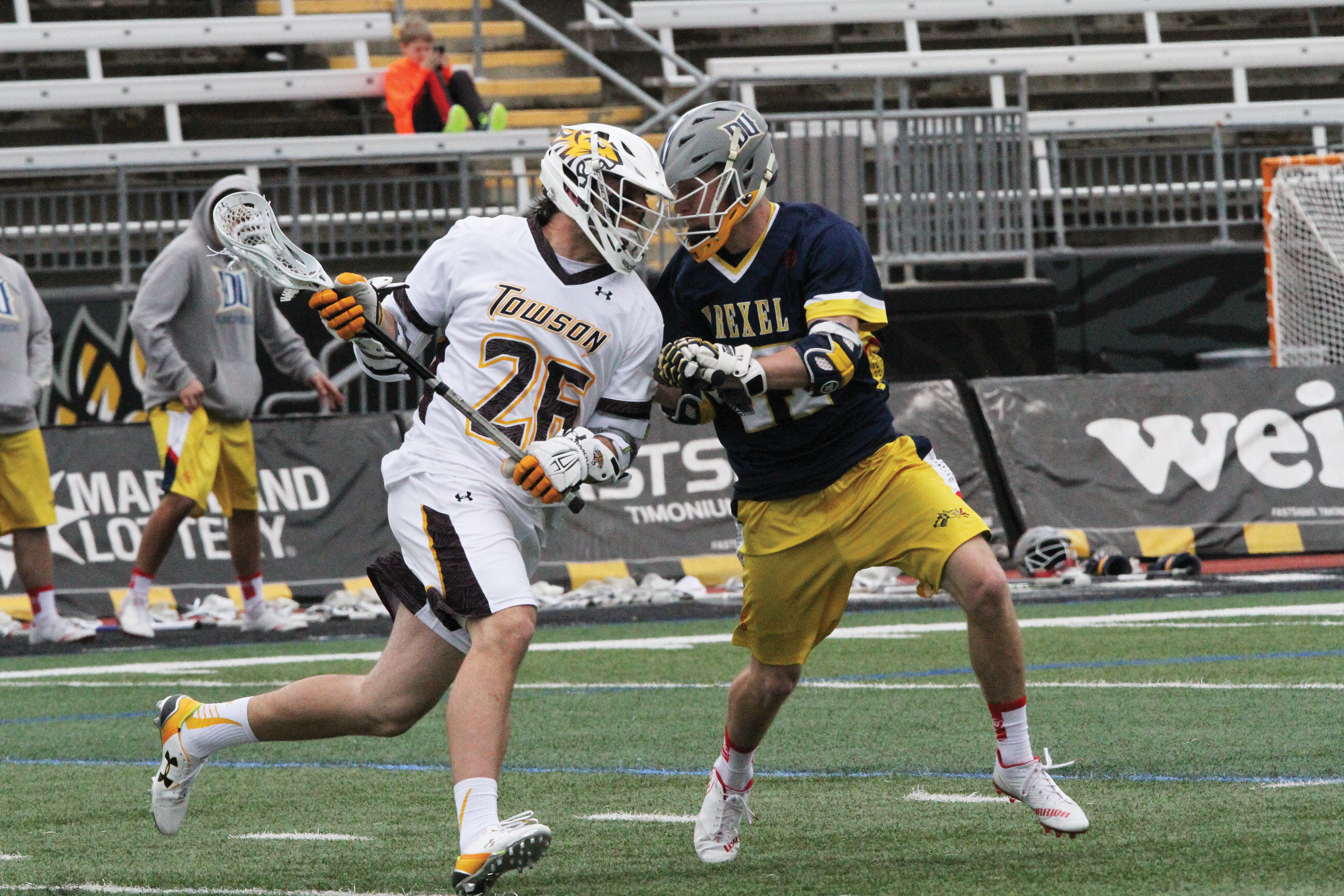 “I was excited to get our first win in the CAA,” Head Coach Shawn Nadelen said. “The first game against, obviously, a team that’s had our number in the regular season the past few years.”

Senior attackman Spencer Parks cut the lead with a goal and junior midfielder Mike Lynch scored off a rebound, which tied the game at 5-5.

Junior attackman Joe Seider scored back-to-back goals in the fourth quarter and put the Tigers ahead 7-5.

The run was propelled by junior midfielder Alec Burckley, who won all five face-offs in the quarter. Burckley finished the game with 16 face-off wins, which set a career high for him.

“The first CAA game, I knew it was going to be tough and they didn’t make any of them easy,” Burckley said about the face-off position. “I give credit to my wings. They played tough and gave me space when I needed it, boxed out and picked up ground balls. They make things a lot easier for me, so I got to give those guys all the credit.”

“I think we had a lot of good looks, but we just weren’t really finishing it,” Seider said about the offense. “I mean, they were playing good defense, but we were getting a lot of shots off and we didn’t really hit the cage or put them in bad spots. I think weren’t just finishing the ball the way we should.”

“It was two teams out there battling and competing,” Nadelen said. “I didn’t think we were playing our best lacrosse in the first half even though we were getting some nice opportunities. We weren’t finishing our plays at first, but big credit to our guys continuing to stay focused, continuing to work and continued to get good shots.”

The win opened up CAA play for the Tigers, as they move on the road to play the Massachusetts Minutemen (4-5, 0-1 CAA). The game is scheduled for Saturday at 1 p.m at Garber Field.