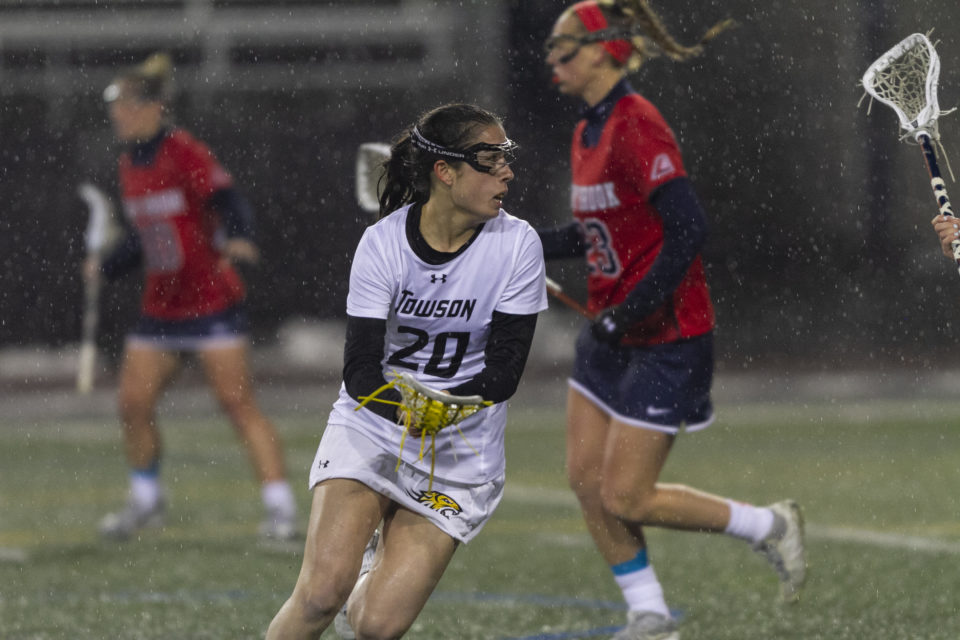 A back-and-forth affair in Ann Arbor, Michigan put the No. 25 Tigers in between their first win of the year, and a disastrous 0-6 start to the season. When sophomore attacker Kaitlin Thornton tied the game with 23 seconds remaining, it felt as if Towson would finally get that elusive first victory.

However, the No. 13 Michigan Wolverines removed all hope of that win, with junior midfielder Molly Garrett scoring the winner with 10 seconds left to hand the Tigers (0-6) a 12-11 defeat.

After Michigan (9-0) raced to a 5-2 lead, Towson responded with three goals in less than seven minutes from senior attacker Natalie Sulmonte.

Coming out of halftime, the Tigers trailed 7-5, but saw another quick hat trick early in the second half. Thornton tallied three goals in 3:24 of game time to give Towson its first lead of the game at 8-7.

This was the theme of the second half as Michigan responded with four straight goals before Towson scored three straight themselves, including Thornton’s tying tally.

In their first mid-week game of the season, Towson hosted the No. 10 Loyola Greyhounds.

After game time was moved ahead two hours because of weather conditions, the Tigers fell behind early and couldn’t recover against Loyola.

“We’re just continuing to grind,” Head Coach Sonia LaMonica said. “I think we’re continuing to find the positives, even despite a loss.”

The Greyhounds jumped out to a 3-0 lead in the first 7:41 of the game and sophomore attacker Livy Rosenzweig scored two goals and she finished the game with four goals.

Towson’s transition defense was an issue once again early and often in the first half.

“Our transition defense was a similar story in the last game against Stony Brook,” LaMonica said. “We were jumping upfield and we talked a lot about that leading up to this game. We still had some violations of jumping upfield.”

Sophomore attacker Kaitlin Thornton scored for Towson with 20:54 remaining in the first half.

The Greyhounds scored another two goals. Senior attacker Carly Tellekamp scored for the Tigers with 11:46 remaining in the first-half.

Even though the Tigers gave up seven goals in the first half, LaMonica had no intention in switching goalies to change the momentum of the game, electing to stick with junior Kylie Keating.

“To be honest, I think at times we were allowing some tough shots that are gonna be tough to save,” Lamonica said. “I think Kiley had her work cut out for her. We just need to do a little bit better job at times on anticipating cross crease. She typically has a short-term memory and I think she does bounce back from being scored on.”

Towson had a strong start to the second half. Junior midfielder Shelby Stack scored and sophomore midfielder Rayna Deltuva scored within the first 5:25 of the half to cut the deficit to 7-5.

“She’s got a strong lacrosse IQ, she’s great off the ball, she understands how to move into space and she’s a great finisher,” LaMonica said. “We would have liked to see her generate more shots and get more opportunities to get some shots because she finishes well.”

Despite that start, Loyola responded by scoring five of the next six goals to put the game out of reach. Junior midfielder Annie Sachs scored for Towson with 10:43 remaining in regulation.

Senior goalkeeper Kady Glynn made 15 saves in the game for the Greyhounds and the Tigers attempted a lot of shots down low.

“Would we love to be 5-0 right now? Yeah who wouldn’t,” LaMonica said. “There’s still a lot of season to go and the fact that we are seeing gains in some areas like draws for us and we dominated that tonight, that’s a real positive.”

Although Towson’s record is far from what they expected coming into this season, there is reason to believe things will turn around soon.

The Tigers will return home to face the Saint Joseph’s Hawks on Wednesday, March 13 at 7 p.m. at Johnny Unitas Stadium. 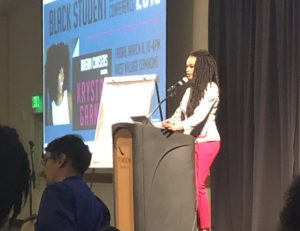 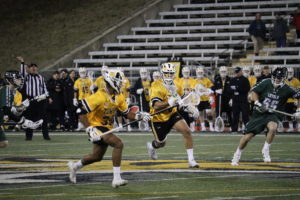