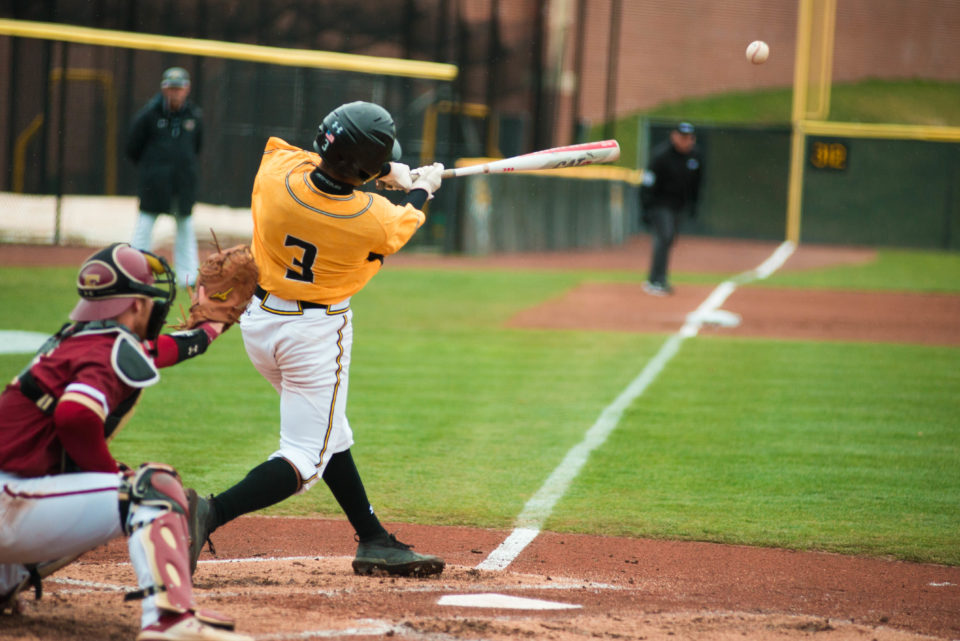 The Tigers earned their first conference win of the season, but dropped the other two games in their weekend series with the Elon Phoenix.

“We tried to do a little too much offensively,” said Head Coach Matt Tyner. “I saw way too many open swings, and that can pull you off of the ball.”

Towson (4-25, 1-5 CAA) fell into a big hole early in the series finale, as Elon (18-14, 7-2 CAA) hit four home runs in the first six innings to build a 12-1 lead. The Tigers showed some fight late in the game with a three-run seventh inning and a three-run ninth inning.

“College baseball is never safe, regardless of the number of runs you’re behind or ahead, until the game is over,” Tyner said

Towson’s infield shifted multiple times during the game in an effort to control Elon’s offense, but that wasn’t effective on the long ball.

Junior infielder Brad Powers had another strong game, bringing in three RBIs to increase his season total to 15. Powers has reached base in nine straight games.

“I struggled for a little bit a couple of weeks ago, and I wanted to get better with my pitch selection,” Powers said. “I’ve been on time with the fastball and looking for a good pitch to hit.”

The Phoenix hit another home run in the ninth to close out the game as the Tigers fell 16-8.

“He is throwing well enough to win a couple of games this year,” Tyner said. “Yesterday, he kept us in there as long as he could and, for once, we answered the call and provided him with some run support.”

Weyman struck out six batters for his first win of the season.

Both Powers and senior infielder Zach Piazza recorded three hits as Towson built a 7-0 lead through the first seven innings.

The Phoenix tried to stage a comeback, scoring one run in the eighth and adding two in the ninth before redshirt junior pitcher John Cranston earned his first save of the year in the 7-3 win.

“We were not flashy at all and we forced them to play our game,” Tyner said.

In the series opener, Elon chased sophomore starting pitcher Josh Seils after three innings and six runs allowed. The Phoenix took a 9-0 lead before senior pitcher Joe Enea and Cranston combined to shut them out the rest of the game.

Towson did little at the plate, bringing in just one run in the 9-1 loss.

It will be a busy week for the Tigers as they host a pair of midweek games, welcoming Bucknell on Tuesday, April 9 and George Mason on Wednesday, April 10.

Both games will be played at 3 p.m. at John B. Schuerholz Park.

“We still need to have that meeting of the minds.  When we jump on the field, we’ve got to be 33 strong,” Tyner said. “I’m not sure we’re there yet.”

Towson will then travel to Hampstead, New York for a weekend series against Hofstra, kicking off on Friday, April 12 at 3 p.m. 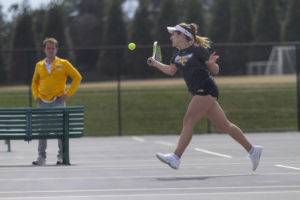