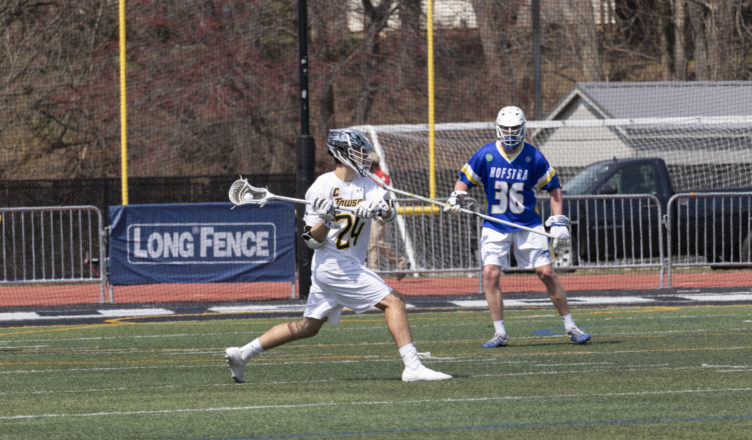 Heading into their matchup with the UMass Minutemen, the Tigers had an opportunity to take a commanding position in the conference standings while also getting revenge on the team that knocked them from the CAA mountaintop last season.

“Definitely an effort we that we obviously never want to see happen again, especially the first half,” said Head Coach Shawn Nadelen. “For whatever reason, we weren’t ready to step onto the field and compete and UMass was.”

After exchanging goals to begin the game, the momentum shifted completely into the direction of the Minutemen, as they scored six straight goals to take a commanding 7-1 lead.

“They’re a terrific team and you allow a team like that so many opportunities because of poor play, they’re gonna capitalize and they earned that game,” Nadelen said. “It’s frustrating when you don’t come close to executing on game day.”

After the Tigers finally ended their scoring drought, UMass added three more to take a 10-2 lead at halftime.

“I thought the shot selection was good, I thought we were in the right positions, we had the right looks. It was just execution,” said senior attackman Brendan Sunday.

With the only offensive production having come from Sunday, Towson knew that in order to make a comeback, it needed others to step up.

The Tigers got some of what they were hoping for in the fourth quarter as five different players scored goals.

“I felt like we just hit our shots, put them in better spots and we had the whole defense moving,” Sunday said. “in the first half, we were a step behind where we should’ve been. All of that fell into place and we executed it in the second half.”

But it would be too little too late as Massachusetts held on for the victory.

Having suffered this setback on senior day, it’s an even tougher pill to swallow for the 10 seniors on the roster.

“The biggest thing for us, moving forward, is how are we gonna respond,” Nadelen said. “Can we understand what our mindset was and that needs to be with us at practice and on game day.”

Towson will hit the road this week, traveling to Newark, Delaware to take on the Delaware Blue Hens on Saturday, April 20 at noon. With Delaware sitting in first place in the conference standings, it’s an opportunity to pick up ground lost with this defeat.